Melania Trump will visit with veterans and school children this week during her London trip with President Donald Trump. 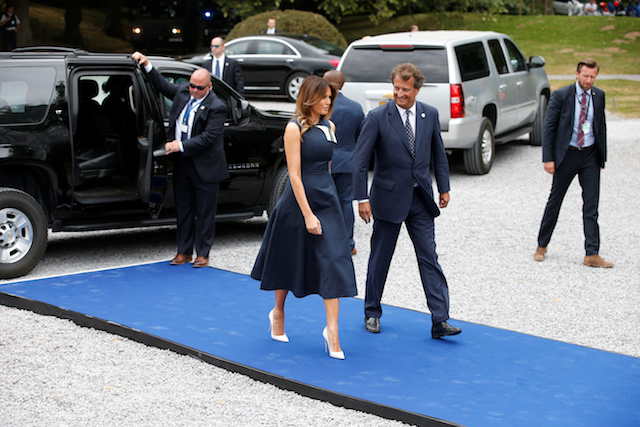 She and Trump will arrive in London on Thursday and the first lady will have her own separate agenda with Phillip May during the visit as President Trump meets with British Prime Minister Theresa May.

“He’s looking forward to meeting Melania,” Theresa May told the Sunday Times. “They were both at the G20, but because of timetables and so forth, he wasn’t able to meet her there. He has been out and bought a new suit.”

The first lady has made a pattern of visiting with kids during her foreign trips, stopping at children’s hospitals during five of her last overseas visits.

The events will be an extension of her “Be Best” campaign that she launched in May just ahead of her kidney surgery, which sidelined her from joining Trump for his trip for the G7 Summit in Canada and his historical meeting in Singapore with North Korean leader Kim Jong Un.

Earlier this week, she and president touched down in Brussels, Belgium, ahead of the Trump’s NATO Summit. On Wednesday, the first lady attended a concert at The Queen Elizabeth Music Chapel with other spouses of world leaders and afterward enjoyed a chocolate tasting and a fashion show, per a White House Pool report.