Since being named the Supreme Court nominee to succeed Justice Kennedy, the liberal media has called out pretty much anything they can find wrong with Judge Brett Kavanaugh.

Most recently, Kavanaugh has been raked over the coals for buying baseball tickets, enjoying a nice cold beer, his name sounding too “fratty,” living in a nice neighborhood, being catholic, coaching his daughters’ basketball team … the list goes on and on.

The Women’s March even pre-wrote a press release making it painfully obvious that those who oppose President Trump are throwing anything and everything at anyone he was planning on selecting.

The hashtag #BrettKavanaughScandals is currently lighting up twitter with people making up fake and insignificant “scandals” that Judge Kavanaugh is involved in.

The day AFTER Labor Day.#BrettKavanaughScandals

As a teenager, he called 867-5309 and asked for Jenny. #BrettKavanaughScandals 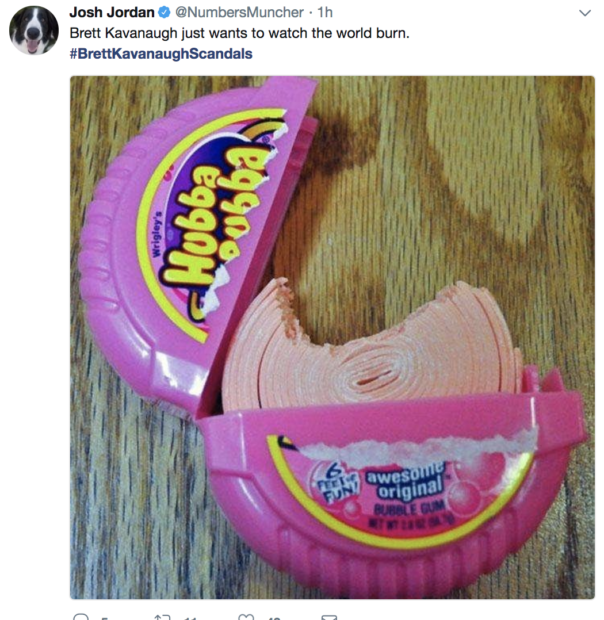