A 15-year-old Palestinian boy was shot and killed during protests near the Gaza Strip, Gaza medical officials told Reuters Friday.

The teenager was fatally shot in the chest, while 70 other protesters were wounded, 20 by live fire and others by tear gas, the Gaza Health Ministry told Reuters. 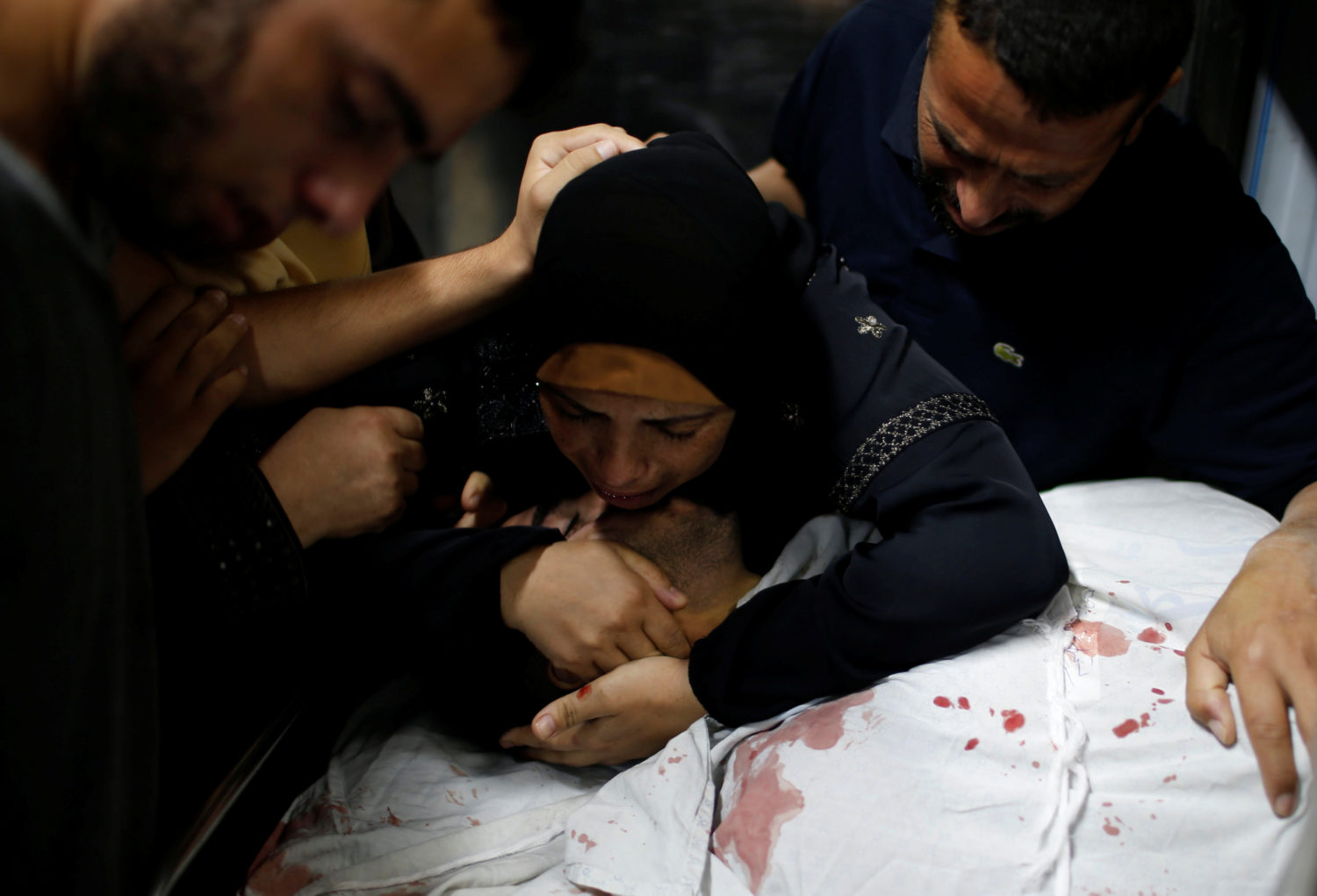 The mother of a Palestinian, who was killed at the Israel-Gaza border during a protest, reacts over his body in Gaza city on July 6, 2018. REUTERS/Mohammed Salem

The violent protests at the border between Gaza and Israel called the “Great March of Return,” has been raging for four months. Palestinians continue to fight over blockades at the Gaza Strip intended to curb Hamas’ violence, as well as the U.S. decision to move the American embassy from Tel Aviv to Jerusalem. (RELATED: Netanyahu Blocks Trade To Gaza Strip To Crack Down On Hamas Militants)

More than 130 Palestinians have been killed in the protests, as Israeli forces retaliated on protesters who threw grenades, explosive devices and fire-bombs at Israeli soldiers across the border fence, Israeli military sources told Reuters.

Israel has accused the Islamic terrorist group Hamas, which controls Gaza, of fueling protests as a diversion from the poor government and economy in their territory and to provide an excuse for border attacks into Israel, all claims that Hamas denies.