New York Giants co-owner Steve Tisch attacked President Donald Trump over the NFL anthem policy and said that the president “has no understanding” for why players kneel.

“Hopefully he’ll have much more going on that he’s going have to deal with and should deal with and must deal with than worrying about what NFL players do,” Tisch explained, according to The Hollywood Reporter Wednesday. (RELATED: Trump: ‘We Always Proudly Stand’ For National Anthem) 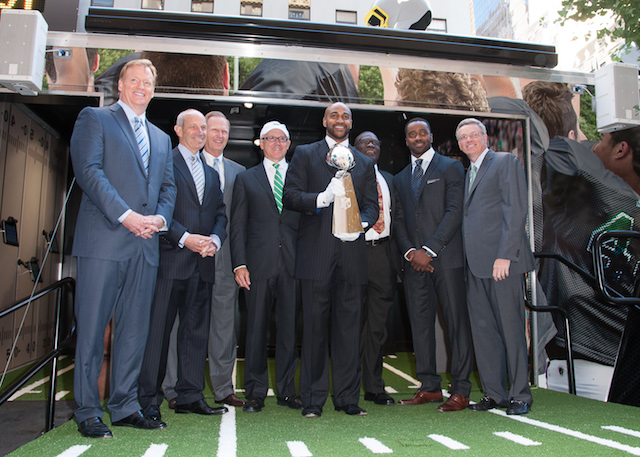 “He has no understanding of why they take a knee or why they’re protesting,” he added. “When the new season starts, I hope his priorities are not criticizing the NFL and telling owners what to do and what not to do.”

The comments came in response to a recent policy change from the National Football League that states a player must either “stand and show respect for the flag and the anthem” or remain in the locker room during the playing of the “Star Spangled Banner” at games. Players who violate the new policy will incur a fine for their teams.

The rule was approved by all 32 team owners in the league, with San Francisco’s Jed York abstaining and New York Jets co-owner Christopher Johnson stating that he would pay the fines for any players who protested.

The protests started during the 2016 season when former San Francisco 49ers quarterback Colin Kaepernick sat out the anthem to make a point about racial injustices.

Ratings during the 2017 season dropped — with fans voicing their displeasure for the protests — including President Trump, who made it clear that he thought players were disrespecting the flag by continuing to protest.