The daily White House press briefing is meant to give a chance for reporters, from a variety of publications with their own perspectives and agendas, to ask the Trump administration various questions in the hopes of soliciting information for their respective outlets.

In reality, a disturbing amount of these White House correspondents are also employees of just two networks: CNN and MSNBC.

Moreover, these reporters overwhelmingly work for legacy newspapers and broadcasters like The New York Times and The Washington Post, in addition to their gigs moonlighting as commentators on television.

Research by The Daily Caller News Foundation found a total of at least nine members of the WH press corps who currently receive compensation for their commentary on CNN and MSNBC.

View a graphic below: 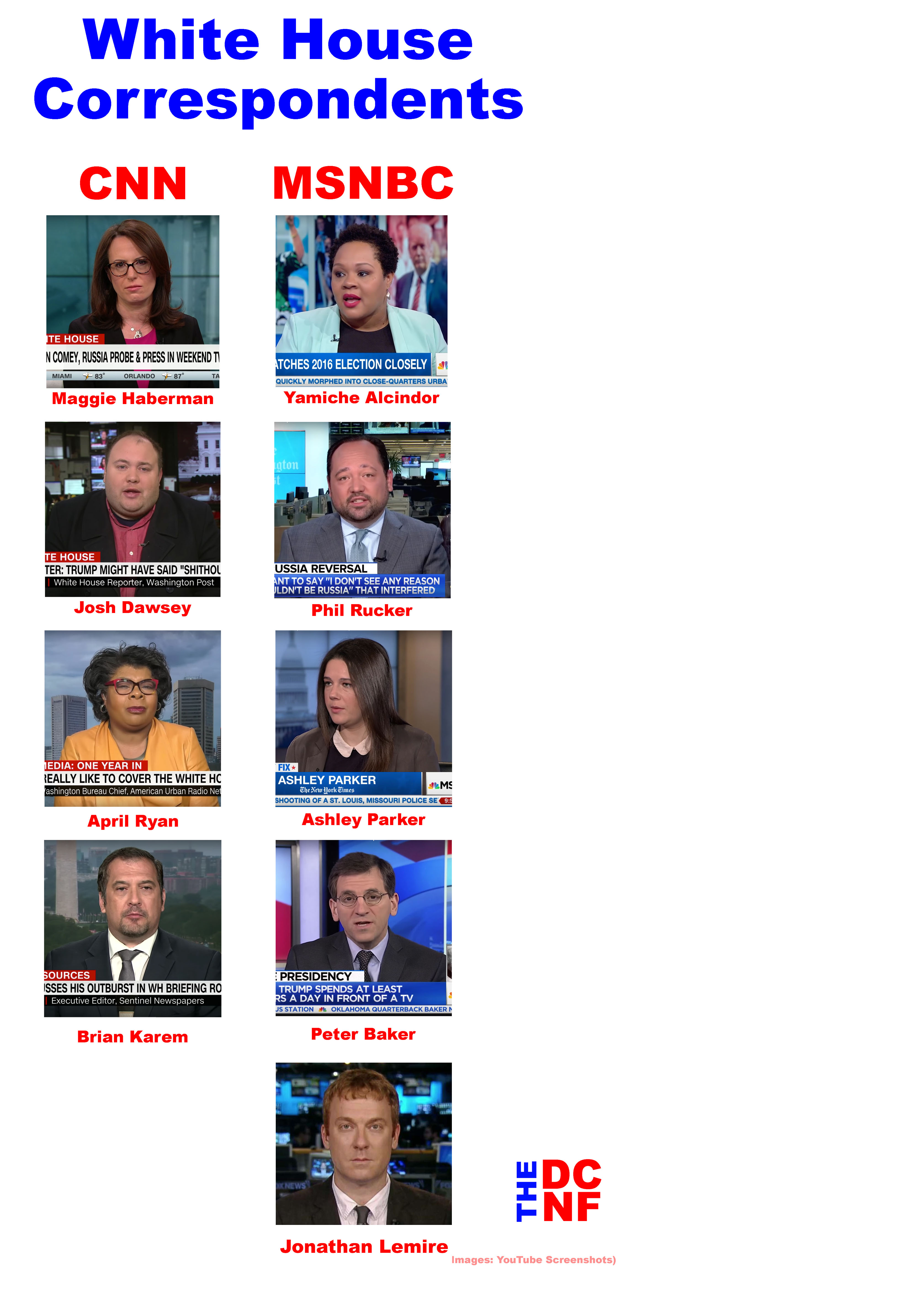 Additionally, both MSNBC (as well as its parent network NBC) and CNN employ their own White House correspondents, meaning that these networks could have anywhere from eight to potentially a dozen employees at each daily briefing — well over 10 percent of the total attendees.

One White House correspondent expressed dismay to TheDCNF at the amount of representation these two networks have at each briefing.

“Nothing drives me crazier than when [journalists] complain that they are being silenced, they own the entire briefing room. If one member of their staff doesn’t get called on, they can be damn sure another one of them will,” the reporter said.

During a heavy news day, some of these contributors can spend hours on a network providing commentary. Both CNN and MSNBC will also regularly bring on other reporters from outlets like The Times or the Post for additional perspective.

CNN President Jeff Zucker said in January his network’s job is to “hold [the Trump administration’s] feet to the fire.”

One way to exert maximum pressure on the Trump administration is to make sure CNN employees dominate the daily briefings and help control the tone of the day’s questions.

While the White House Correspondents’ Association did make an effort to include more center-right outlets in its press corps seating chart in 2017, this effort can be easily counterbalanced by the influence of the left-leaning CNN and MSNBC.

Both those networks have been criticized for biased reporting in their coverage of the Trump administration.

As BuzzFeed noted in March, the hiring of reporters from outside outlets is part of a coherent strategy by both Zucker and Lack.

“Zucker and Lack have been on a buying spree to sign reporters who break news to paid contributor contracts. That way, when the Washington Post or New York Times breaks a big Russia–Trump story — and they often do — their network will have exclusive access to the bylined reporter,” wrote BuzzFeed’s Steven Perlberg.

This outside income also raises questions about whether a reporters’ coverage of the White House can be implicitly — or directly — influenced by their television contracts.

In an era where the White House press corps is becoming increasingly hostile to the White House, some journalists are choosing to break free from traditional decorum. (RELATED: WH Reporter Brags About Disrupting Briefing By Playing Audio Of Crying Children)