When searching for “idiot” on Google’s main picture platform, President Donald Trump shows up in most of the results — at least as of Wednesday night and Thursday morning.

The change in search results is reportedly due to protesters gaming the tech giant’s algorithms. It seems that several people opposed to Trump are engaging in a calculated campaign to try to humiliate the president and his supporters by publishing as many articles as possible that include or associate the word “idiot” with Trump. They are also promoting pre-existing articles that are similar in that respect.

Algorithms are directly affected by inputs, meaning, in other words, that average users can effectively (even sometimes easily) alter the fundamental components of one with coordinated, collective efforts.

A screenshot of a Google search for “idiot” shows almost exclusively Trump. Some are him with U.K. Prime Minister Theresa May. 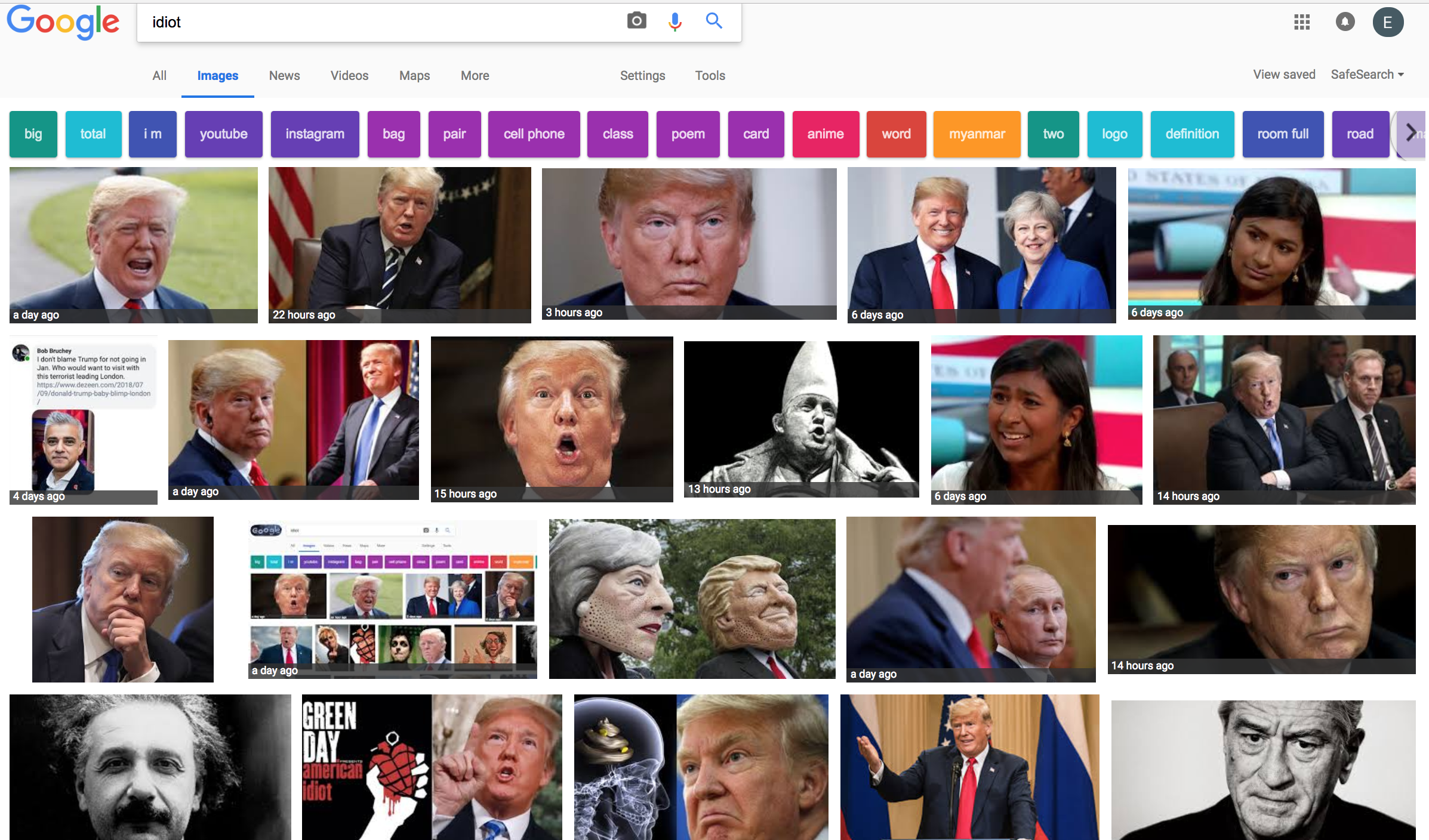 Other images featured are one of a woman who called British journalist Piers Morgan an “idiot” during a discussion about the American president, and another shows a tweet calling London Mayor Sadiq Khan — British born with Pakistani grandparents — a terrorist. Albert Einstein, in an oxymoronic fashion, is also shown. And a black-and-white picture of Robert De Niro is included towards the top because he called Trump an idiot — as discovered when clicking on the image.

It’s not only Trump that has been given such treatment. When searching for “side of beef” on Google Images, pictures of former Secretary of State Hillary Clinton — who seemed to be under the weather at the time — getting escorted to her van appear.

The Daily Caller News Foundation reached out to Google to see if the apparent manipulation of its algorithms can be stopped in any way, or if it’s just a natural aspect of a free internet. (RELATED: WaPo: We Didn’t Attack The Daily Caller, And Don’t Know Why Google Did)

Nevertheless, Google’s algorithms have been proven to be faulty before. The company used to display a fact-check feature when searching for certain media outlets, but took it down after an investigation by TheDCNF proved it to be highly flawed.