Longtime Republican political operative Paul Erickson has all but disappeared following the arrest and indictment of Maria Butina, an alleged Russian spy who Erickson grew close to and lived with in recent years.

Erickson is widely believed to be the “U.S. Person 1” included in an indictment against Butina that was handed down on Tuesday.

Butina, 29, is accused of acting as a foreign agent of Russia during attempts to infiltrate American political groups. Butina and one of her associates, Russian central banker Alexander Torshin, grew close in recent years to leaders with the National Rifle Association. And both Butina and Erickson, who were reportedly in a relationship, were known to frequent Republican events over the past several years.

How Erickson fits into the alleged conspiracy — whether he was a witting or unwitting participant — remains a mystery.

Erickson, 56, has not responded to multiple requests for interviews from The Daily Caller News Foundation and numerous other outlets. But the Republican activist did provide interviews to TheDCNF late last year, following reports about emails he sent to the Trump campaign.

In the interviews, Erickson laughed off allegations that Butina was attempting to infiltrate the NRA. He also dismissed allegations of collusion involving Russians and the Trump campaign.

Asked during a November interview about allegations that Butina and Torshin’s relationship with the NRA, Erickson chuckled and responded: “Americans can’t infiltrate the NRA. Have you been down to their headquarters? That’s pretty funny.” 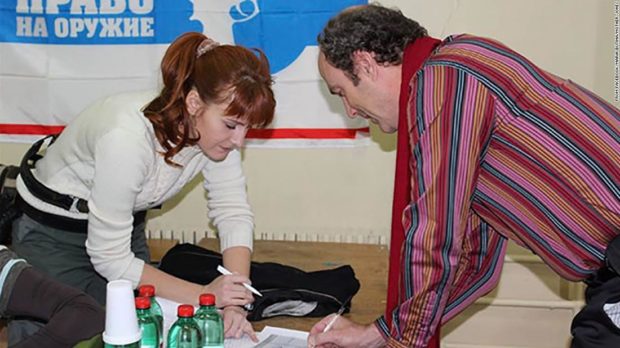 “The impression I have at the whole thing is that the Democrats now surrendered on collusion. I think they’re trying to annotate the report by just running down as footnotes anything that resembled an approach by anything Russian to anything Trump or Clinton,” he said.

The government has not released any evidence in the Butina case that suggests she or Torshin colluded with the Trump campaign. But the two Russians did have some passing contact with Trump insiders.

Erickson was cagey in a second interview about a May 2016 email he sent to Trump campaign official Rick Dearborn, offering to arrange a meeting between then-presidential candidate Donald Trump and Russian President Vladimir Putin.

In the email, entitled “Kremlin Connection,” Erickson said that the Russian government was “quietly but actively seeking a dialogue with the U.S.” He referred to Torshin as Putin’s emissary, The New York Times reported.

Erickson, who was reportedly rebuffed in his attempts to join the Trump transition team after the election, told TheDCNF in December that Butina and Torshin did not ask him to send the email.

“No,” he said when asked, without offering any more detail.

Erickson was not the only conservative operative to email the Trump campaign with an offer for Trump to meet Torshin.

Within days of Erickson’s message, Christian values activist Rick Clay sent an email to Dearborn titled “Russian backdoor overture.” In it, Clay offered to arrange a meeting between Trump and Torshin at a veterans event that was to be held in Louisville on the sidelines of the NRA’s annual convention. (RELATED: Activist Who Offered Russian ‘Backdoor Overture’ To Trump Team Says He Was ‘Used’ By Alleged Russian Spy)

Clay sent the email after a conversation with Johnny Yenason, a gun rights and Christian activist who met Butina and Torshin at the Russian National Prayer Breakfast in March 2016. Yenason told TheDCNF in November that he invited Butina and Torshin to the veterans event in Louisville on his own initiative. He said he thought the pair would be a good fit for the event given their pro-gun stance. (RELATED: Central Figure In ‘Backdoor Overture’ Request Denies That Russian Official Sought Trump Meeting) 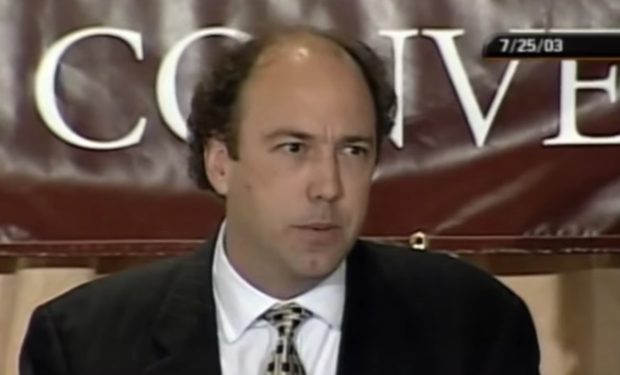 Yenason dismissed the idea that he was being used by Butina and Torshin to gain access to the Trump campaign.

“To concluded that Maria and or Alex were acting as spy’s to influence the election and try to manipulate me … would be a misinformed conclusion,” Yenason said in November.

For his part, Clay told TheDCNF this week that if the allegations against Butina are accurate, he believes he was “used” by the alleged Russian spy.

“If she is what they say she is, then she used me. She used a lot of people,”

Erickson was critical of Yenason and Clay in a December interview.

“Nobody knows who these guys are,” he said at the time, claiming to never have met the pair. Yenason and Clay also say they have not met Erickson.

“They found out more about these guys Yenason and Clay, and they said no.”

Erickson’s awareness of Butina and Torshin’s activities is not made entirely clear in the government’s court filings. A Department of Justice memo said the operative was “instrumental in aiding her covert influence operation,” despite knowing about Butina’s connections to Torshin.

Butina is accused of working under Torshin’s direction to establish back channel contacts to the political groups. She “gained access through U.S. Person 1 to an extensive network of U.S. persons in positions to influence political activities in the United States.” (RELATED: Gov’t Accuses Maria Butina Of Offering Sex For Access To Political Groups)

The Justice Department alleges that Butina maintained contact with members of Russia’s foreign intelligence agency, the FSB. In communications obtained by the government, Butina also referred to a Russian oligarch as a “funder” for her covert activity.

The DOJ memo also hints that Butina was misleading Erickson as part of her scheme. The document says that Butina appeared to treat her relationship with the operative “as simply a necessary aspect of her activities.”

As an example, the DOJ says that on at least one occasion, “Butina offered an individual other than U.S. Person 1 sex in exchange for a position within a special interest organization.”

Butina also complained about living with Erickson “and expressed disdain for continuing to cohabitate” with him.

The memo says that just days before Butina’s arrest, she and the political operative were seen visiting a U-Haul facility where they appeared to be planning to move to South Dakota, where Erickson resides. And on July 12, the pair were seen entering a bank in Washington, D.C. where they wired $3,500 to an account in Russia.