Meghan Markle and Prince Harry could reportedly be getting a new home after Queen Elizabeth II gifted the newlyweds the Adelaide Cottage at Windsor Castle.

The royal couple tied the knot in May and have been living on the grounds of Kensington Palace in the 1,300 square foot Nottingham Cottage — a two bedroom home — and now the pair might be adding more real estate, according to the Daily Mail Sunday.(RELATED: 18 Times Meghan Markle Already Looked Like Royalty [SLIDESHOW]) 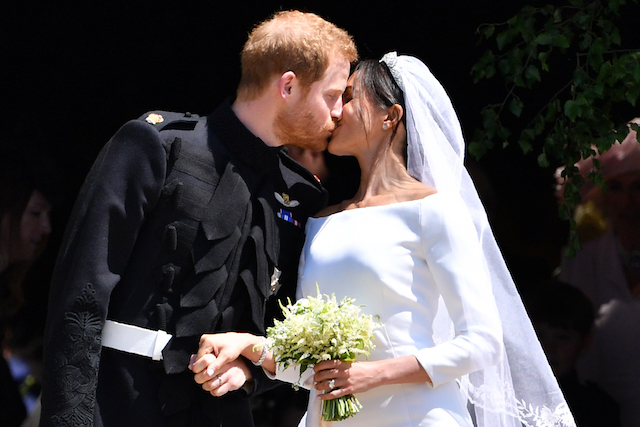 Britain’s Prince Harry, Duke of Sussex kisses his wife Meghan, Duchess of Sussex as they leave from the West Door of St George’s Chapel, Windsor Castle, in Windsor, on May 19, 2018 after their wedding ceremony. (Photo credit: STANSALL/AFP/Getty Images)

When reached by People Magazine Monday for comment, Kensington Palace had none.

The cottage was previously the home of Peter Townsend, the Queen’s late sister Princess Margaret’s lover. The home includes “a Marble Greco-Egyptian fireplace” and a main bedroom featuring a “coved ceiling with gilded dolphins and rope ornament reused from the Royal yacht Royal George.”

Earlier this year, Markle and Prince Harry got married on the grounds of Windsor Castle at St. George’s Chapel and it “is a very special place” for the couple.

“Windsor is a very special place for Prince Harry, and he and Ms. Markle have regularly spent time there during the last year,” Kensington Palace spokesman Jason Knauf said previously.

According to the Daily Mirror, the Queen has also gifted the couple the York Cottage on her Sandringham Estate as a wedding present.