The 66-year-old actor changed his not guilty plea and was sentenced Friday to one-year probation to charges of two counts of annoying and accosting a person, according to TMZ Monday. (RELATED: John Schneider Gets Out Of Jail, Says ‘There’s A Bias Against Conservatives’ In Hollywood) 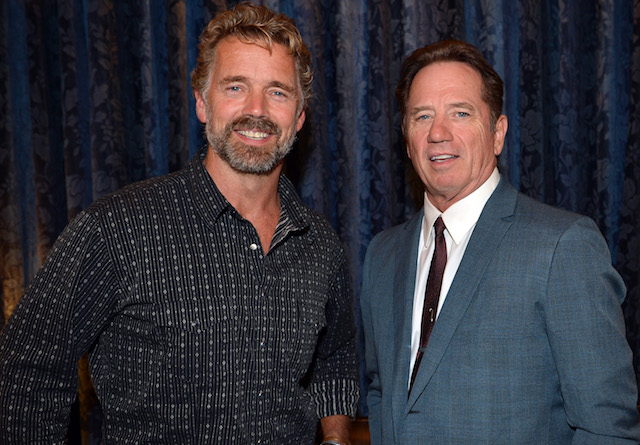 John Schneider and Tom Wopat pose backstage during the Agency Group Party at at IEBA Conference Day 3 at the War Memorial Auditorium on October 9, 2012 in Nashville, Tennessee. (Photo by Rick Diamond/Getty Images for IEBA)

The television star was arrested last summer for groping two women he was working with after being cast in the musical “42nd Street” at Waltham’s Reagle Music Theatre in Massachusettes, according to the Daily Mail.

Wopat — who played Luke Duke on the popular 80s show — was originally charged with felony indecent assault and battery, cocaine possession and two charges of accosting a person.

Following his arrest, the actor said he was taking time off to address his substance abuse issue.

“Tom definitely understands that sobriety is the sole course for a successful future and will take immediate steps to achieve it,” a statement from Wopat’s representative read.

As part of his plea deal, the felony charges were dropped and the cocaine charge will disappear if he stays drug-free for the next year.

Last month, his co-star John Schneider found himself in trouble with the law after being arrested by the LAPD for allegedly failing to pay spousal support to his estranged wife.

He only spent five hours of a three-day jail sentence behind bars due to jail overcrowding and was ordered by a judge to perform 240 hours of community service.