The Denver Post published a letter to the editor that suggested President Donald Trump should be executed for treason on Saturday. 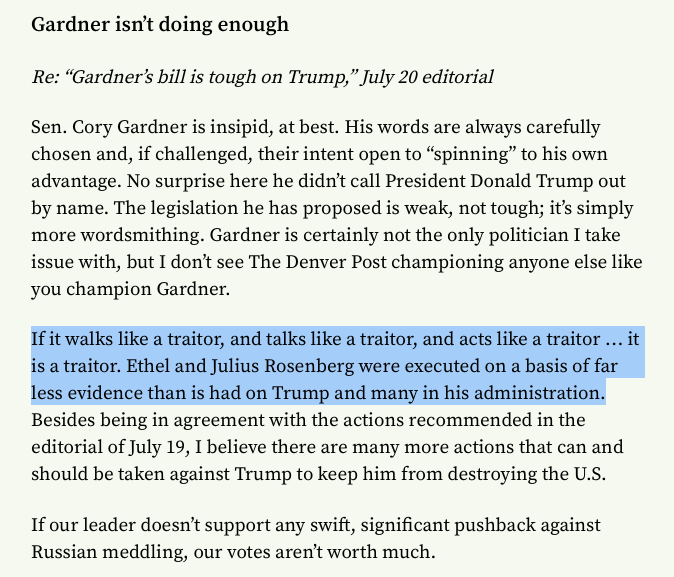 Suzanne Gagnon of Lakewood, Colorado, originally penned the letter as a response to Sen. Cory Gardner’s “insipid” response to Trump’s meeting with Russian President Vladimir Putin in Helsinki, Finland, which — according to Gagnon — was representative of treason.

Gagnon was not the only one calling Trump’s meeting with Putin treasonous.

Donald Trump’s press conference performance in Helsinki rises to & exceeds the threshold of “high crimes & misdemeanors.” It was nothing short of treasonous. Not only were Trump’s comments imbecilic, he is wholly in the pocket of Putin. Republican Patriots: Where are you???