The Islamic State in Pakistan claimed responsibility for an attack that killed at least 29 people and wounded 35 others near a polling site as voters headed out to cast their ballots in the general election Wednesday.

A suicide bomber drove his motorcycle into a police vehicle before detonating the device, according to Reuters. 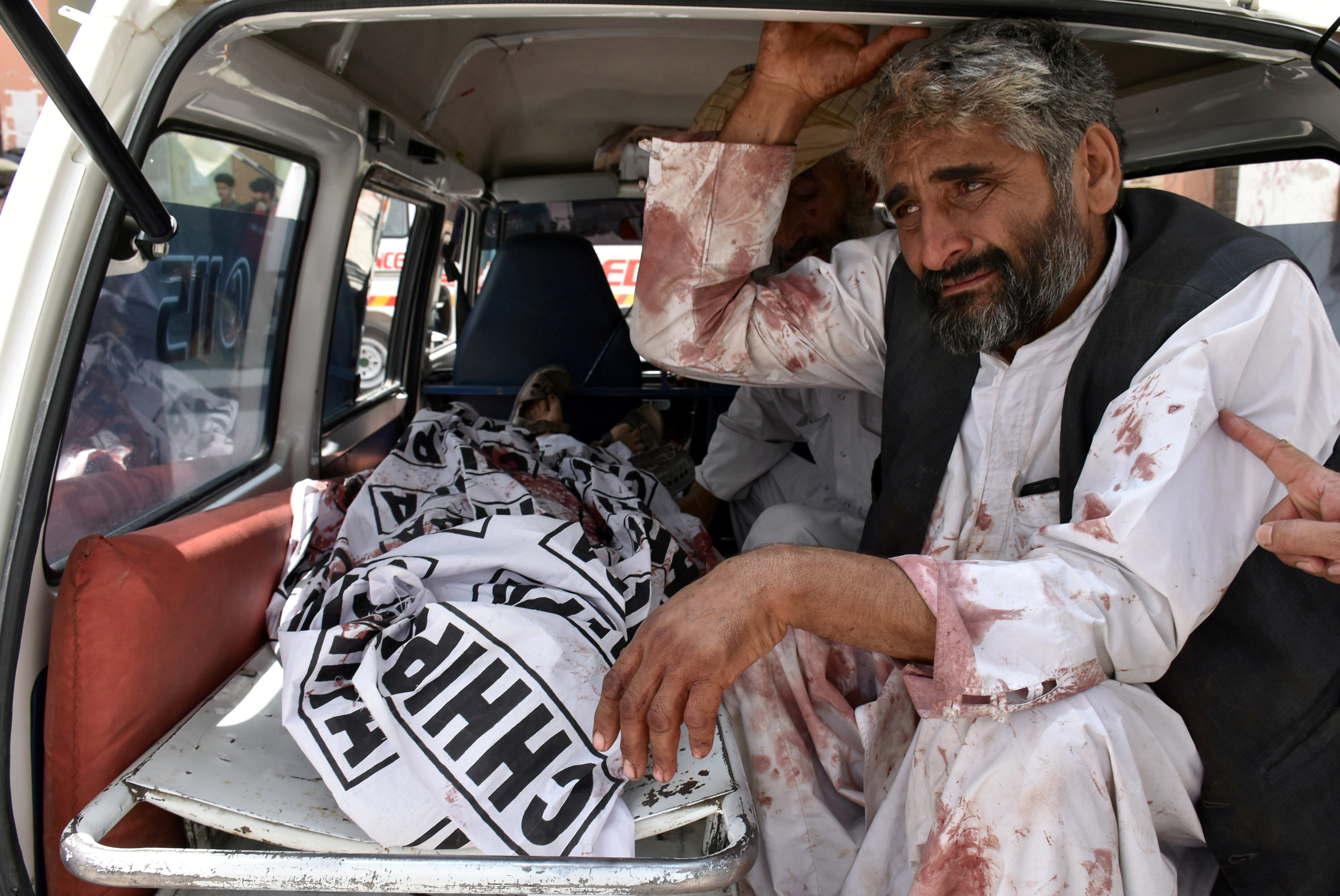 A man mourns the death of a relative, who was killed in a suicide blast in Quetta, Pakistan July 25, 2018. REUTERS/Naseer Ahmed

Hundreds of civilians and numerous candidates for office were killed in the weeks leading up to election day by the Taliban and ISIS, two terrorist groups active in the region. (RELATED: Death Toll In Election Bombing In Pakistan Continues To Climb To 149, Making Attack Second Deadliest In The Country’s History)

A Pakistani Taliban suicide bomber killed a candidate from cricket star Imran Khan’s party Sunday, and earlier in July, provincial candidate Haroon Bilour from the Awami National Party (ANP) party died in a suicide blast along with 20 civilians, while 63 others were injured.

Baluchistan Awami Party (BAP) party provincial candidate Siraj Raisani also died in July at the hands of ISIS in a tent bombing during a political rally, one of the largest attacks during the election season that killed more than 149 people and injured at least 180 more.

Wednesday’s election will determine whether Khan or the party of ex-Prime Minister Nawaz Sharif, who was jailed on corruption charges, will take office in the second civilian election in the nation’s history.

Populist candidate Khan campaigned on anti-corruption and promises to rely on an “Islamic welfare state” to combat the failing economic system and widespread poverty in Pakistan, according to reports by Reuters. He has been accused by Sharif’s party of being aided by the Pakistani military, the driving force in government for decades, a charge he and the military both deny.

“I ask everyone today — be a citizen, cherish this country, worry about this country, use your vote,” Khan told Reuters on Wednesday.

Sharif’s party hopes to reinstate democratic values and eradicate military involvement in government while boosting the economy with renewed infrastructure to combat poverty.

“If we get the opportunity, we will change the destiny of Pakistan. We will bring an end to unemployment, eradicate poverty and promote education,” Shehbaz Sharif, brother of Nawaz and president of the Pakistan Muslim League-Nawaz (PML-N) party, said to Reuters at a polling site in Lahore on Wednesday.