The remains of what are believed to be 55 U.S. servicemen who fought in the Korean War were returned to the U.S. on Friday, as North Korean dictator Kim Jong Un upheld one of the promises he made to President Donald Trump during their historic summit in June.

“We are encouraged by North Korea’s actions and the momentum for positive change,” the White House said as the remains were flown out of Osan Air Base south of Seoul, South Korea. (RELATED: North Korea Expected To Return US War Dead On 65th Anniversary Of The End Of Korean War Hostilities)

The president tweeted about the return of remains on Friday, saying it will be a “great moment” for families of the fallen and thanked Kim.

The Remains of American Servicemen will soon be leaving North Korea and heading to the United States! After so many years, this will be a great moment for so many families. Thank you to Kim Jong Un.

The return of remains signifies a potential end to the war between the two nations fought between 1950 and 1953. An armistice was signed 65 years ago but a peace treaty was never officially signed. Friday marked the anniversary of the war, which North Korea heralds as the day of “victory in the fatherland liberation war.”

More than 36,000 American troops died in the Korean War. At least 7,700 remains are unaccounted for, including 5,300 believed to have died in North Korea, according to The New York Times.

U.S. troops and the honor guard received each of the coffins draped in a United Nations flag by uniformed soldiers and loaded it into six vans for transportation. 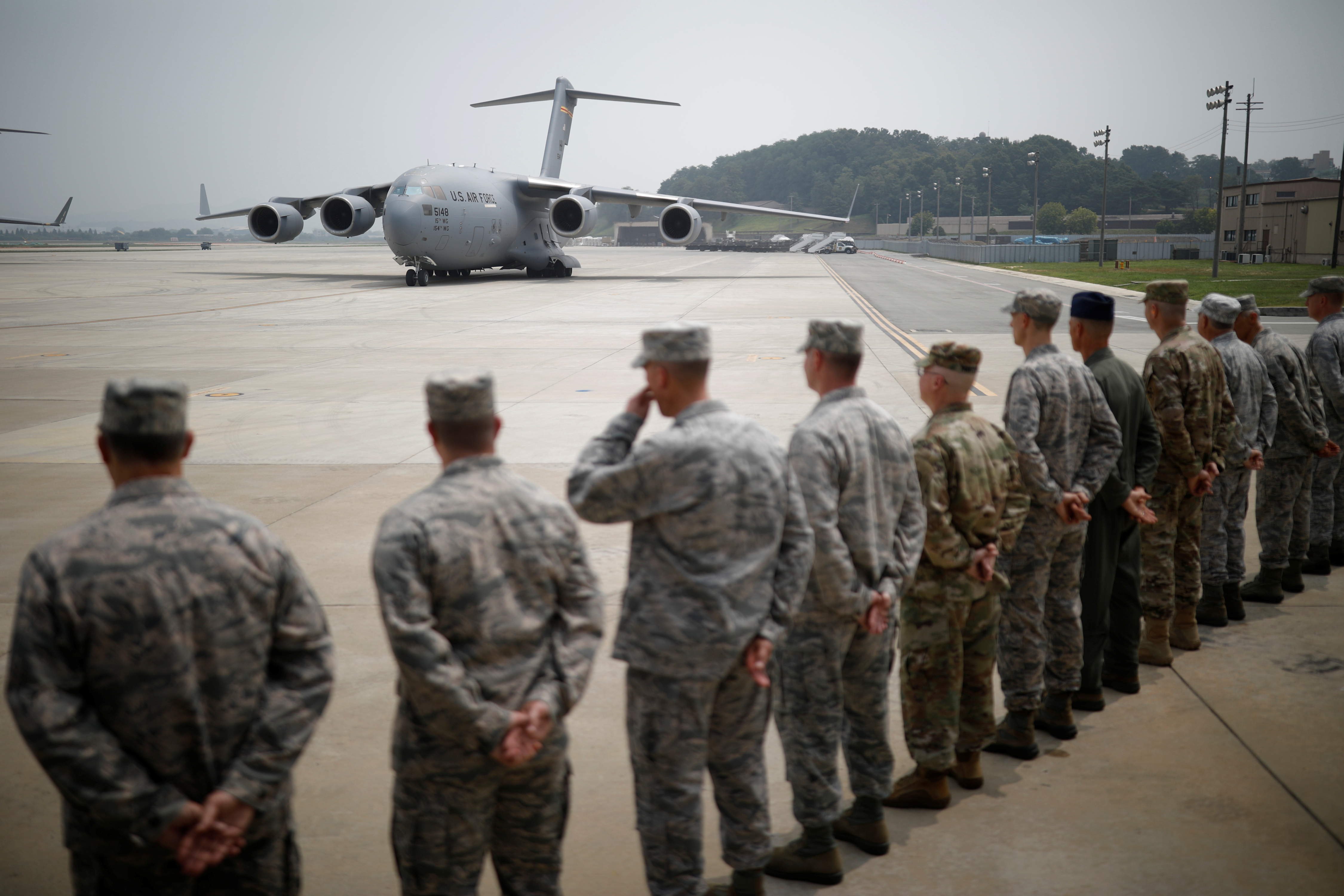 A U.S. cargo aircraft carrying the remains of 55 U.S. soldiers who were killed in the Korean War arrives at Osan Air Base in Pyeongtaek, South Korea, July 27, 2018. REUTERS/Kim Hong-Ji/Pool 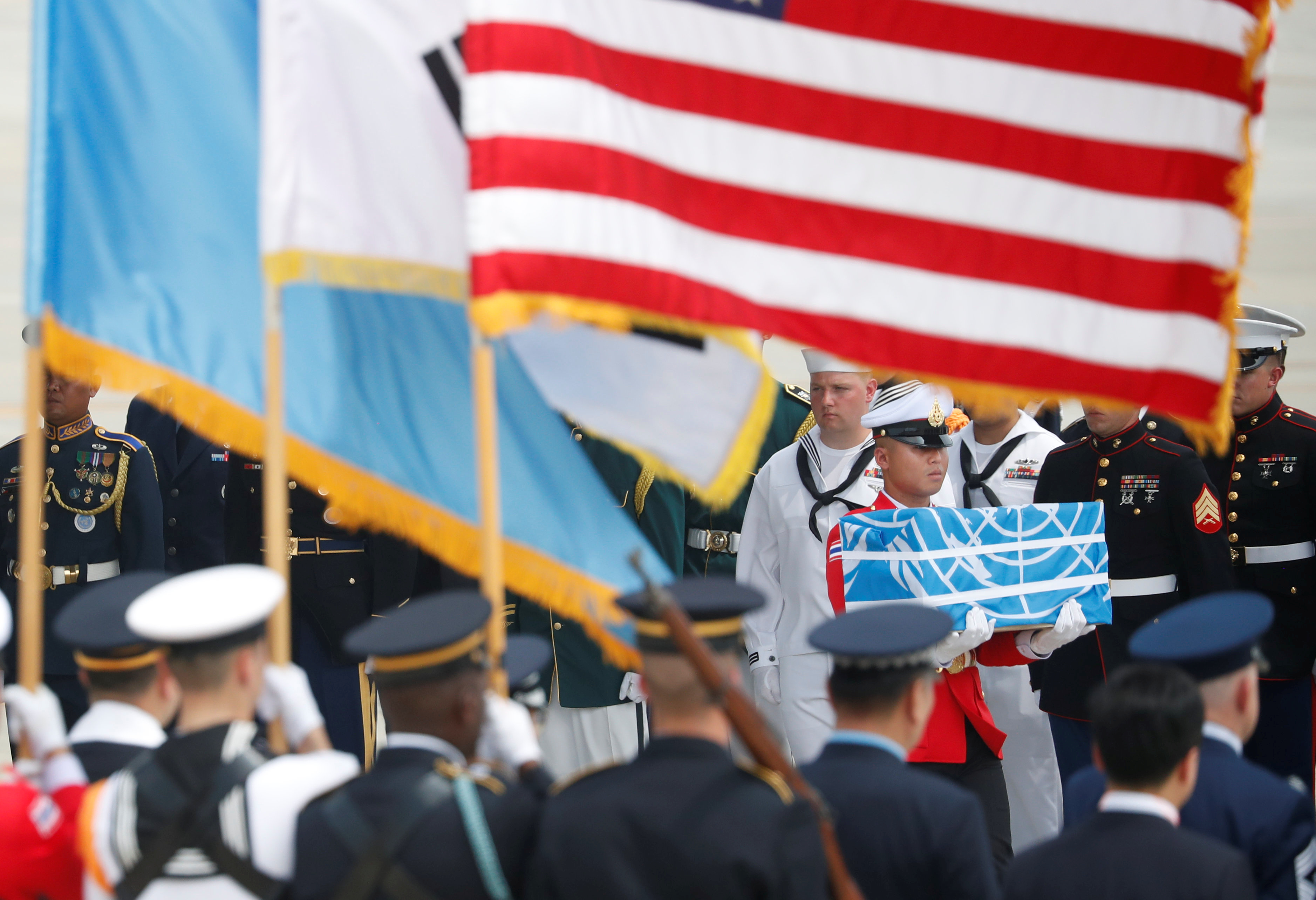 A soldier carries a casket containing the remains of a U.S. soldier who was killed in the Korean War during a ceremony at Osan Air Base in Pyeongtaek, South Korea, July 27, 2018. REUTERS/Kim Hong-Ji/Pool 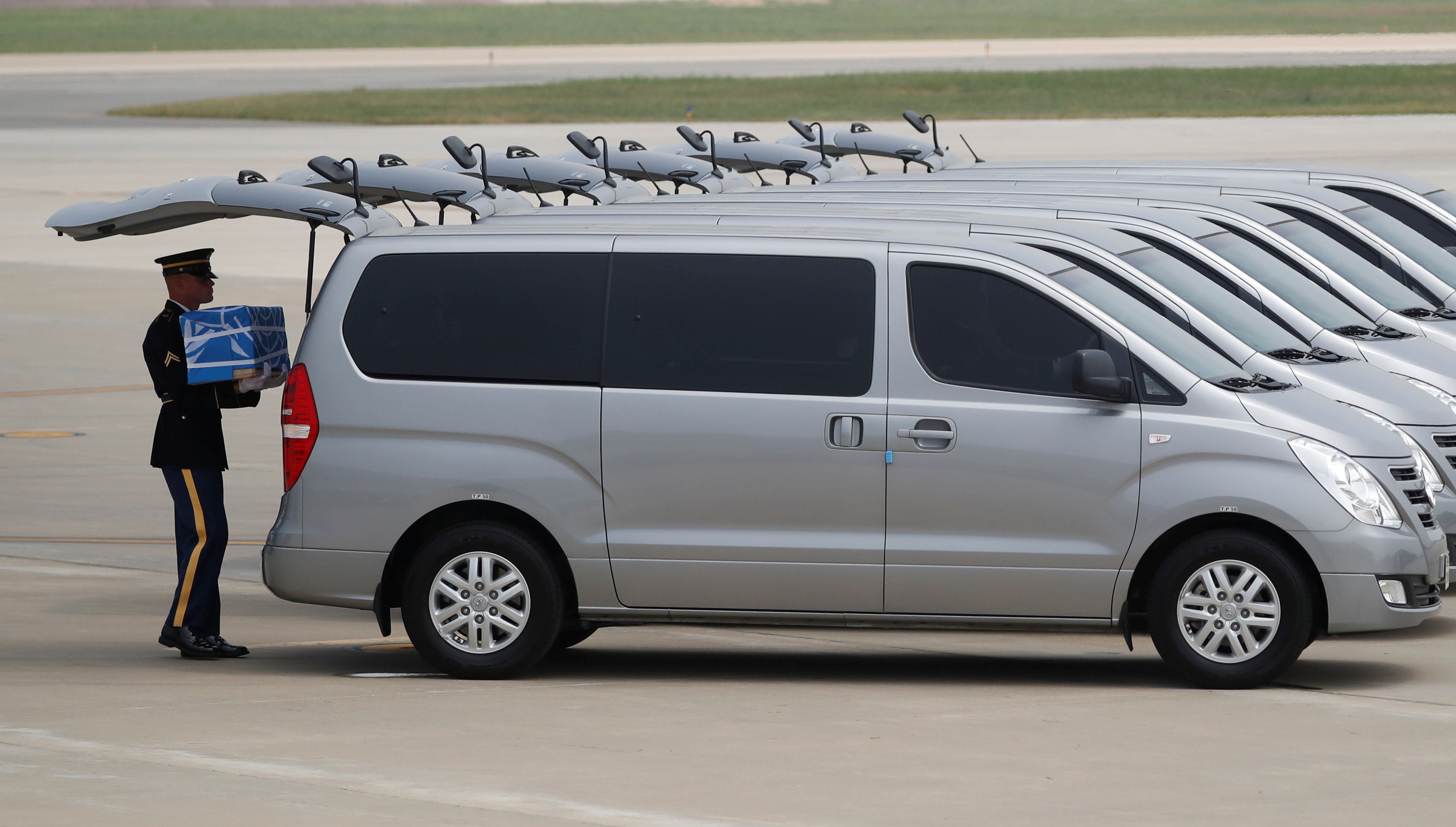 A soldier carries a casket containing the remains of a U.S. soldier, who was killed in the Korean War during a ceremony at Osan Air Base in Pyeongtaek, South Korea, July 27, 2018. REUTERS/Kim Hong-Ji/Pool

The remains will be transferred to a Defense POW/MIA Accounting Agency in Hawaii, where forensic testing will be done to determine if they are in fact American soldiers.