The company faced a sharp backlash last week after a Vice News investigation revealed that Twitter was hiding several prominent Republicans from its search bar.

Nunes is looking at taking legal steps against Twitter, he said in a Fox News interview on Sunday. “It sure looks to me like they are censoring people and they ought to stop it,” the California Republican said. “We are looking at any legal remedies to go through.”

Gaetz announced on Friday that he is bringing a Federal Election Commission (FEC) complaint against Twitter, accusing the company of making an illegal in-kind donation to his opponents by suppressing his account.

At the center of the company’s censorship problem is its decision to penalize “bad-faith actors,” who aren’t actually in violation of any rules but still threaten “healthy conversation.”

Twitter didn’t penalize the congressmen because of anything they said, but because the “wrong” accounts were engaging with their tweets, two Twitter executives conceded in a blog post Thursday. The Republicans were guilty of being followed by the wrong people.

The company is still burying accounts it deems “bad-faith actors,” while remaining opaque about who does or doesn’t fit that classification — and which accounts follow or retweet you are still part of the criteria. 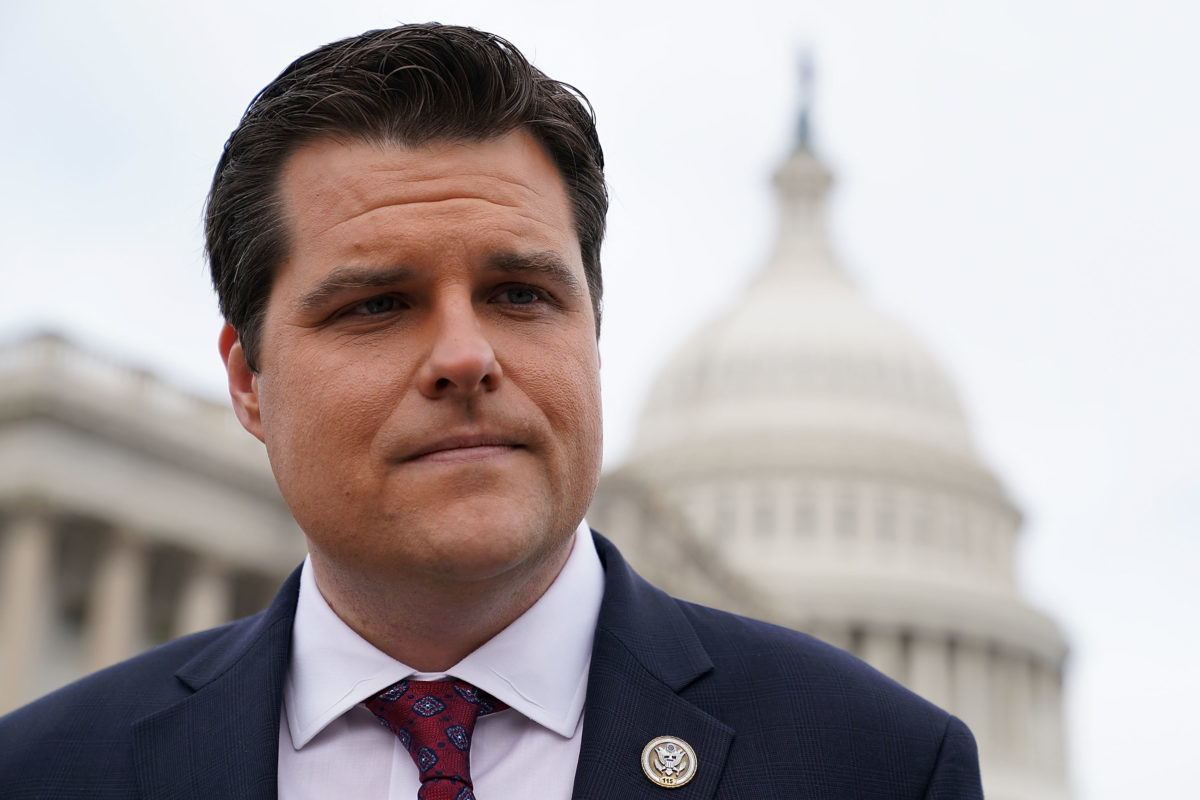 The Daily Caller News Foundation sent Twitter a detailed list of questions ahead of publication but did not receive a response by press time.

Twitter, which once described itself as the “free speech wing of the free speech party,” has aggressively stepped up its speech policing in other ways.

Twitter’s crackdown on internet trolls has swept up plenty of non-trolls as well. Like the four GOP congressmen, Republican National Committee (RNC) chairwoman Ronna McDaniel saw her account buried in search results before Twitter reversed it among a public backlash.

Twitter hit Kathleen McKinley, a conservative blogger and commentator in Houston, with a temporary suspension on Friday for two tweets that they labeled “hateful conduct.”

One June tweet opposed clearing transgender people for military service — a policy position shared by many Republicans including the president of the United States. The other tweet, from September 2017, tied “extreme Muslim beliefs” — as opposed to mainstream Muslim beliefs — to the practice of honor-killings.

McKinley was suspended a day after a Muslim immigrant in McKinley’s hometown was convicted of murdering two people in an honor-killing. McKinley is back on Twitter now that her eight-hour suspension is over, but Twitter has yet to offer her an explanation or an apology for the suspension.

Adding to conservatives’ concerns is Twitter CEO Jack Dorsey’s known liberal politics. Dorsey sparked controversy in April when he endorsed an article calling for a total Democratic victory the “new civil war.” He similarly raised eyebrows in June by apologizing for the sin of eating at Chick-Fil-A.