Artist Jon McNaughton has earned attention in the Trump-era for his patriotic art depicting the administration and the American people.

McNaughton released another work on Tuesday, titled “Crossing The Swamp.” The painting depicts members of the Trump administration crossing a DC swamp in a pose that mimics the famous “Washington Crossing The Delaware” painting. According to the description on McNaughton’s website, the painting shows how Trump is defeating the swamp with “the light of truth, hope, and prosperity.” 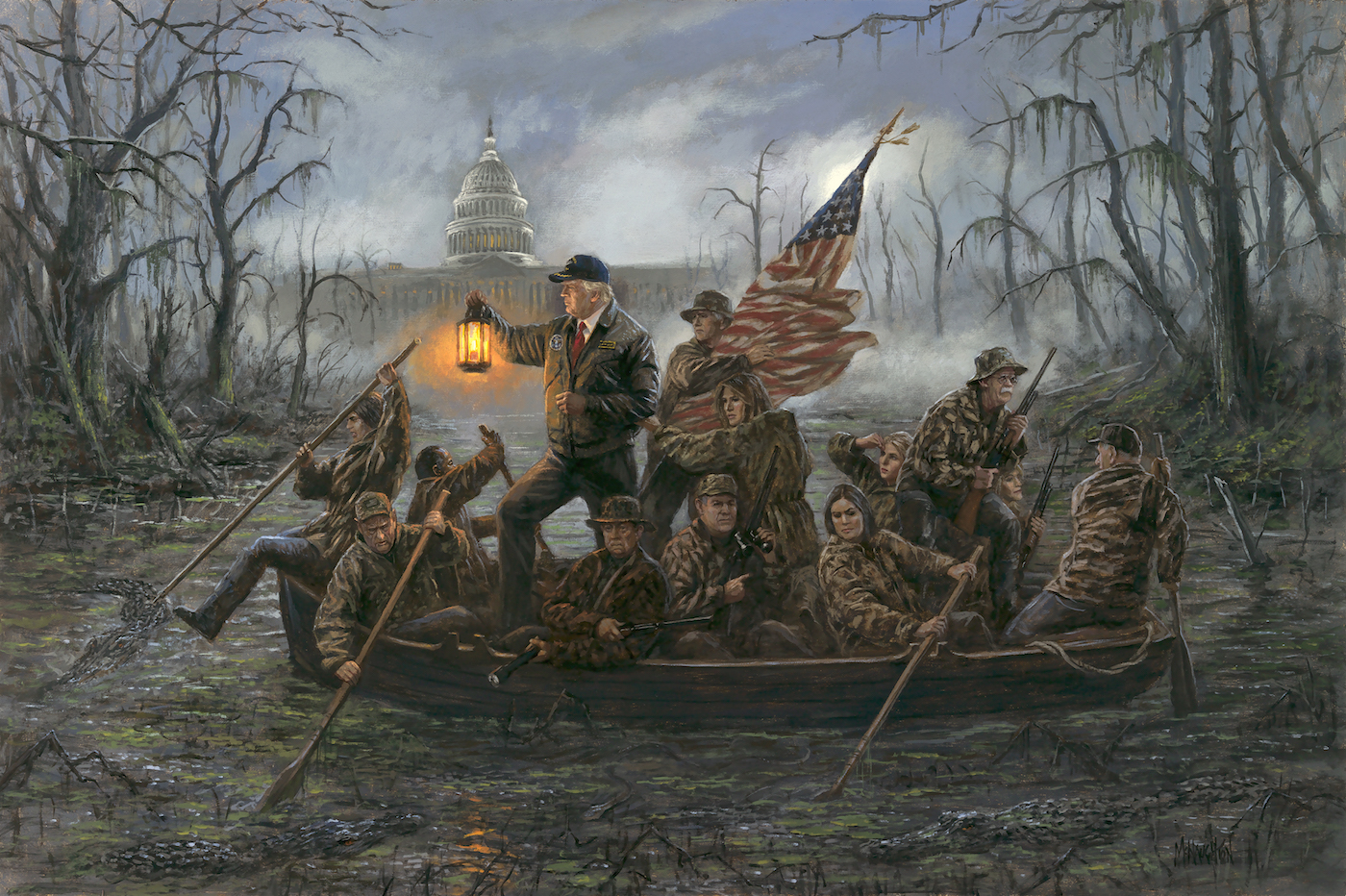 Crossing the Swamp, by Jon McNaughton

Over 240 years ago George Washington crossed Valley Forge to bring an astonishing victory to the Continental Army. This led to what many thought was impossible — to defeat a despot King and his formidable army.

Today, Trump endeavors to cross the “swamp” of Washington DC as he carries the light of truth, hope, and prosperity. The murky water of the deep state is laced with dangerous vermin, perfectly willing to destroy American prosperity for their personal ideologies and financial gain. The establishment Democrats, Never-Trumper-Republicans, Deep State, and Fake News Media will do all they can to stop the majority of the American people from succeeding.

As an artist, I paint what I feel needs to be said about the current state of our country. I hope Trump is remembered as the President that restored America’s greatness. I want to be on that boat for freedom!

One of Trump’s most well-known campaign chants in 2016 was “drain the swamp.”