The president’s son Donald Trump Jr. shared a potential new addition to Trump Force One on instagram this week. Don Jr. reposted a photo of Trump’s private plane with a sticker on it that reads “My Other Plane Is Air Force One.”  The photo is photoshopped but Don Jr. says it could be a reality soon. Trump shared the photo with the caption “it’s not real … but it’s about to be.” 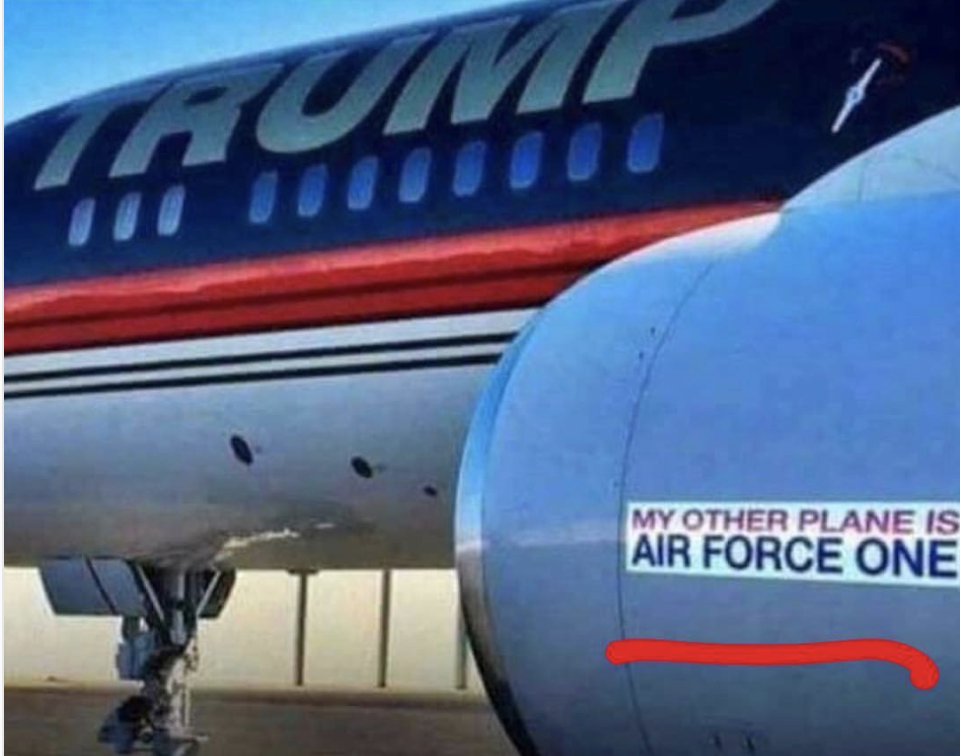 Trump Force One was the name given to the plane during the 2016 campaign. Trump often used the plane as a prop for dramatic entrances on the trail. Recently, the old Trump plane was spotted on the tarmac with the real Air Force One in Scotland when the president visited his property in the country as part of a European trip.

It’s not real… but it’s about to be