“One of the few perks of being a freelancer besides working in my pajamas much of the time is that I get to tell intolerable douchebags exactly where to go and what to do without fear of reprisal from my employers cause I only have one boss and she’ll just give me a fist bump.”

“Trump has his own plane and buildings with his name on them, has had a chauffeur most of his life, probably hasn’t shopped at a grocery store in 50 years, has toilets made of Gold in a Manhattan penthouse, and his fan club calls us in media elitists. Lordy Moses.” — Matthew Dowd, chief political analyst, ABC News.

Media columnist says WH briefings should have no cameras

“Again: Cameras need to be taken out of the WH press briefings per the original proposal by McCurry (Clinton press sec’y) & Fleischer (Bush press sec’y). The only news emerging from these briefings involves confrontation and almost nothing involving substance. This is all a show.” — Joe Concha, columnist, The Hill.

“Has anyone actually seen McCain lately? Why the fuck is he still holding that senate seat hostage?” — Cassandra Fairbanks, reporter, The Gateway Pundit. 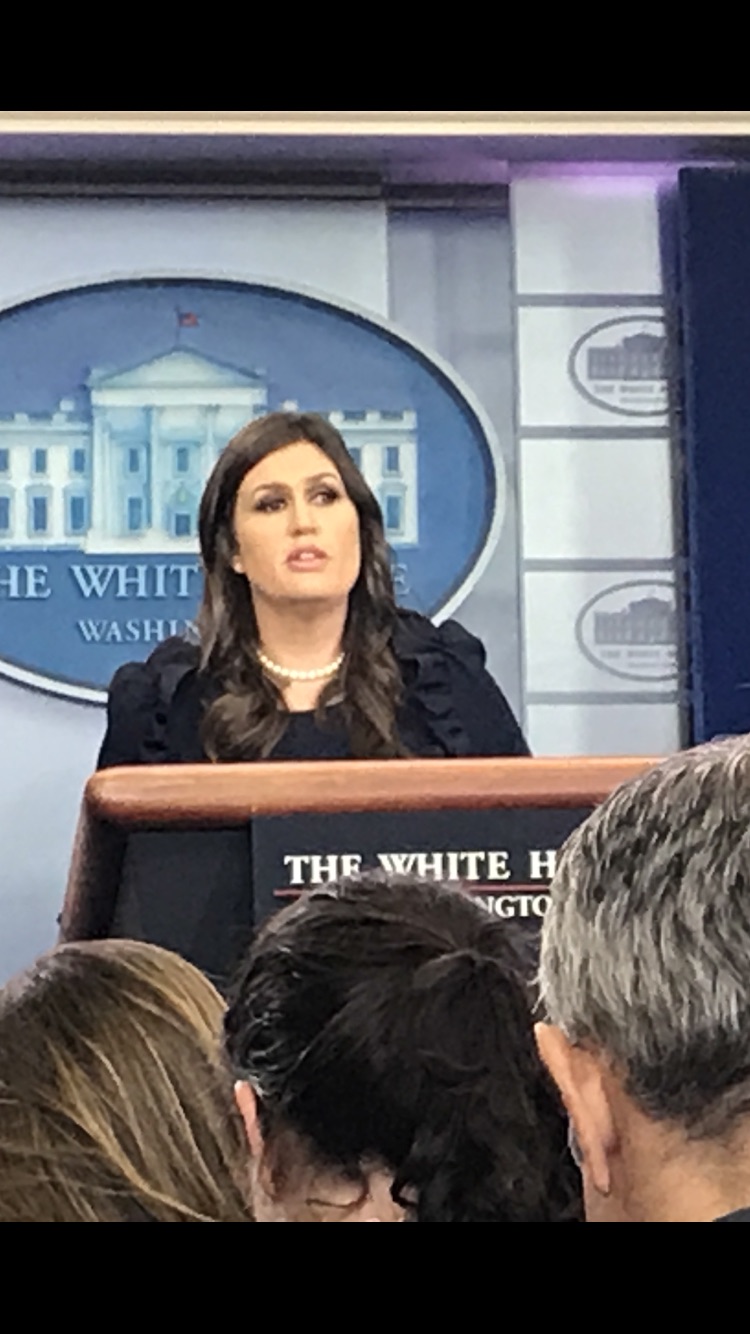 Sarah Sanders gets clocked for her briefing rant

“As I stood in the James Brady press briefing room today listening to Sarah Huckabee Sanders @PressSec‬⁩ tell me no press secretary has ever had it so bad, I couldn’t help but wonder what James Brady would think of that.” — Brian Karem, White House reporter, Playboy, executive editor, Sentinel Newspapers.

“Landed in Cairo. Egypt Air flight attendant included ‘Inshallah’ as she gave final approach instructions. Everyone applauded upon landing, as is usual many other places in the world. Ready to work with #HUStudyAbroadEgypt2018. Glad to be in Africa to begin #BlackAugust #Mbongi.” — Greg Carr, chair, Howard University Dept. of Afro Studies.

“Everyone should talk about how much white people suck as often as possible, thanks.” — Sophie Weiner, night editor, Splinter News.

“ICYMI I’m looking for someone to co-write The Point daily newsletter with me! Is it you?” — Cillizza. See here.

The hours are shady: “The scheduled hours are subject to change as CNN is a 24/7 news organization.”

The perks, however, are pretty good if you like forced volunteer work and learning:

“I seem to remember Eric Trump approaching @Montel_Williams at a gala and asking what it would take to get him on the Trump train.” — Jonathan Franks, Montel Williams’s “political director.”

5 Dumbest Tweets Of The Week

5. “There are many disappointments in life. But eating a salad when you’re craving a cheeseburger has gotta be up there.” — Brittany Hughes, managing editor, host, MRCTV.

4. “I walked out of the end of that briefing because I am totally saddened by what just happened. Sarah Sanders was repeatedly given a chance to say the press is not the enemy and she wouldn’t do it. Shameful.” — CNN’s Jim Acosta.

3.  “You need medication,” — Montel Williams to Fox News’s Jeanine Pirro after she wrote that the left-wing media has “savaged” President Trump. Meanwhile, Montel openly admitted to smoking pot for his MS.

1. “Idea: Stop covering her, stop quoting her, dig deeper into what’s going on in the rooms behind the podium.” — Ron Fournier on what to do about White House Press Sec. Sarah Huckabee Sanders. Fournier is president of Truscott Rossman, a public relations firm in Michigan. He used to be a journalist. He still gets retweeted by MSNBC’s Joe Scarborough.