Dave Bautista said that he will ask Marvel to release him from his contract if fired director James Gunn’s script isn’t used for the next installment of the “Guardians of the Galaxy” franchise.

“Nobody’s defending his tweets, but this was a smear campaign on a good man,” the 49-year-old actor — who plays Drax on the popular Marvel franchise — told Shortlist Monday. (RELATED: Selma Blair Pleads With Disney To Rehire James Gunn: ‘This Man Is One Of The Good Ones’)

The comments came in response to the director’s firing last month from the third installment of the Marvel franchise after old tweets resurfaced that appeared homophobic, racist and pro-pedophilia. 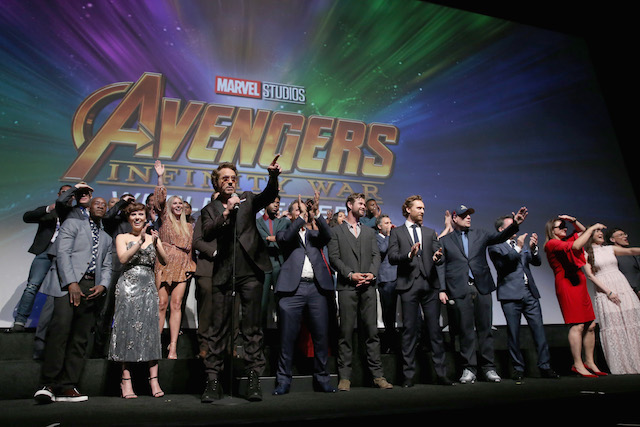 “I spoke to Chris Pratt the day after it happened and he’s a bit religious so he wanted time to pray and figure it out, but I was more like: f*ck this,” he added. “This is bullshit. James [Gunn] is one of the kindest, most decent people I’ve met.”

Bautista explained that Gunn had already turned in the script for “Guardians of the Galaxy: Volume 3.”

“Where I’m at right now is that if [Marvel] don’t use that script, then I’m going to ask them to release me from my contract, cut me out or recast me,” the “Blade Runner 2049″ star explained.”I’d be doing James a disservice if I didn’t.”

On Sunday, Bautista tweeted that he would do what he was “legally obligated” to do” and slammed Disney for the move.

“I will do what I’m legally obligated to do but @Guardians without @JamesGunn is not what I signed up for. GOTG w/o @JamesGunn just isn’t GOTG. It’s also pretty nauseating to work for someone who’d empower a smear campaign by fascists #cybernazis . That’s just how I feel,” the actor tweeted.

I will do what Im legally obligated to do but @Guardians without @JamesGunn is not what I signed up for. GOTG w/o @JamesGunn just isn’t GOTG. Its also pretty nauseating to work for someone who’d empower a smear campaign by fascists #cybernazis . That’s just how I feel https://t.co/Ym4FwruVDu

There is still no word yet on a replacement director for the film, which is due to start shooting next year.