Pink was readmitted to a hospital in Sydney, Australia, Monday to deal with a gastric virus after having to cancel her second concert in Australia.

“UPDATE: Pink was admitted to hospital in Sydney on Sunday night, suffering from dehydration. She was treated and discharged. She was readmitted to hospital today and diagnosed with a gastric virus. Pink will remain in hospital overnight, continuing her treatment and recovery,” the entertainment company promoting the 38-year-old singer’s “Beautiful Trauma” World Tour tweeted. (RELATED: Pink Hits Back At Report Saying She Canceled Her Concert To Relax At Beach [PHOTOS]) 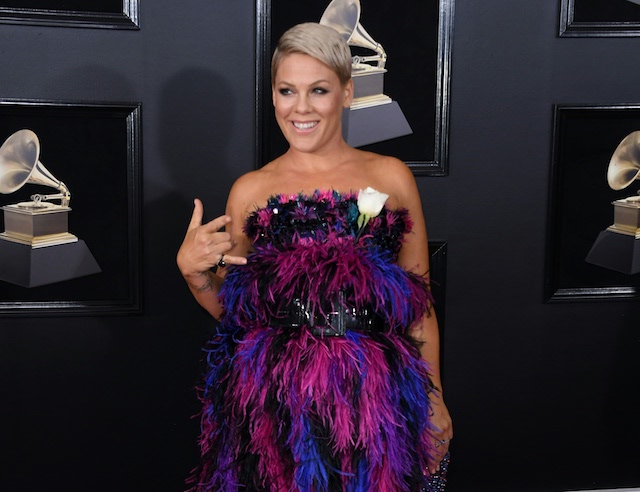 UPDATE: Pink was admitted to hospital in Sydney on Sunday night, suffering from dehydration. She was treated and discharged. She was readmitted to hospital today and diagnosed with a gastric virus. Pink will remain in hospital overnight, continuing her treatment and recovery. pic.twitter.com/YDzt6Aheiy

Last week, the “What About Us” singer had to cancel her show in Sydney Friday after announcing that she was still recovering from being sick and needed the rest.

Hi my Sydney friends. It is with great frustration that I bring you this news:( Friday’s show will be postponed. I was hoping a couple of days of rest would help me kick this sick, but not at the speed I was hoping for. I appreciate your well wishes and understanding + I’m sorry.

A short time later, she hit back at a report that suggested she canceled her show so she could relax at the beach with her family. The headline read,  “Pink’s Sydney concert canceled as she chills in Byron Bay,” along with a picture showing her at the beach.

“I don’t need to clear this up, but out of respect for my fans, I will attempt it. I scheduled this tour meticulously, trying to do what was best for my children, while also putting on the best and most physically demanding and beautiful show of my life,” Pink wrote. “This break in Byron has been scheduled since 2017, as a way to get outside the hotel and the winter and have some time with my children.”

“I’ve already been sick twice (kids as well) on this Australian tour, but the first time we got sick, I was able to push through,” she added.

The “Funhouse” singer then shared the details of just how sick she and the kids have been, including multiple doctor visits and long nights with little ones.

“You can think whatever you want — it’s your right — but I have never taken advantage of anyone in my entire life,” the singer explained. “I have never f****d off while disrespecting hard-working people who spend money to come see me play. I have never phoned in a single tour, I have an impeccable record for not canceling.”

“I mother with everything I have whilst handling all the rest,” she added. “The snark in this is unbelievable and makes me long for a nicer world. I’m doing the absolute best I can, and you can believe it or not.”