Matthew Perry was rushed to the hospital on Tuesday in Los Angeles to deal with a gastrointestinal rupture. 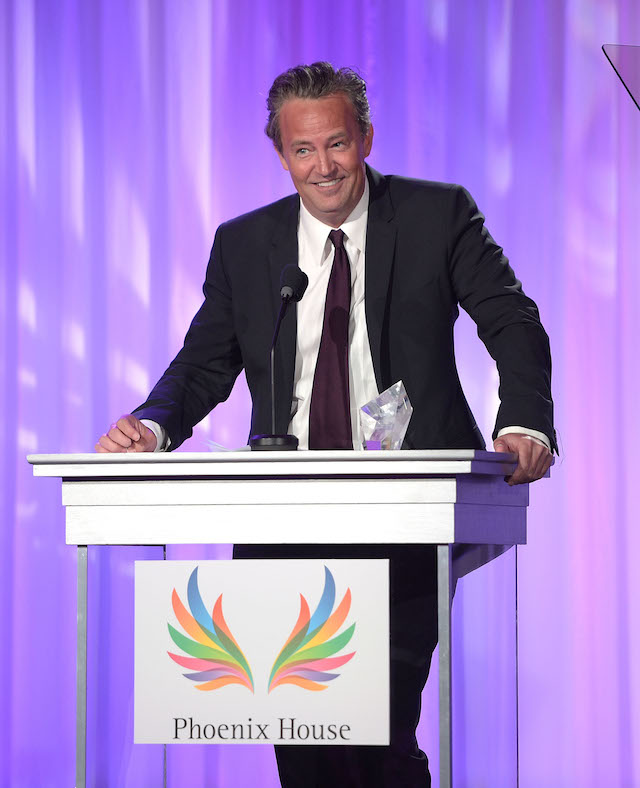 “He is grateful for the concern and asks for continued privacy as he heals,” the statement added.

According to Healthline.com, possible causes for such a condition range from trauma from a knife wound to medical conditions like ulcers, appendicitis and diverticulitis.

Perry has been very open in the past about his addiction struggles with various prescription drugs like Vicodin to alcohol during his time on the popular 90s NBC sitcom when he played Chandler Bing, alongside costars Jennifer Aniston, Courtney Cox, Lisa Kudrow, David Schwimmer and Matt LeBlanc.

In 2013, he explained to the outlet that he just couldn’t stop. “I couldn’t stop,” he shared at the time. “Eventually things got so bad that I couldn’t hide it, and then everybody knew.”

In 2015, Perry told the Hollywood Reporter that through all his struggles with sobriety the best thing has been his ability to help others battle their addictions.

“I’ve had a lot of ups and downs in my life and a lot of wonderful accolades,” the “17 Again” star said. “But the best thing about me is that if an alcoholic comes up to me and says, ‘Will you help me stop drinking?’ I will say, ‘Yes. I know how to do that.'”