New York congressional candidate and socialist Alexandria Ocasio-Cortez does not believe there is an “upper middle class” in American any longer, a point even liberal news networks contest.

Ocasio-Cortez has made some fairly eyebrow raising statements on the economy in America during her meteoric rise to stardom in the Democratic party. Ocasio-Cortez has claimed that unemployment is low because people are working “two jobs” and that people are working “70 or 80 hours a week.” These claims have been rated “pants on fire” by fact checkers.

Ocasio-Cortez launched a broadside against the older Democratic establishment saying, “We don’t have a party that has been investing in their future,” noting that the average age of a congressional Democrat is 65. Ocasio-Cortez lamented that national dems are too busy “working on their own reelection” to make an “investment” in future party leadership. She said that national Democrats are stuck in “90’s politics.”

The only problem is that the middle class is actually growing , according to CNN.

Economists at American Enterprise Institute have found that the upper middle class is changing. In fact it is growing. All while the number of people in American who are classified as “poor” is shrinking.

The poor shrank by 4.5 percentage points, the lower middle class by 6.8, the middle class also by 6.8% But the upper middle class got a lot bigger, expanding by 16.4 points, and the rich by 1.8 points. 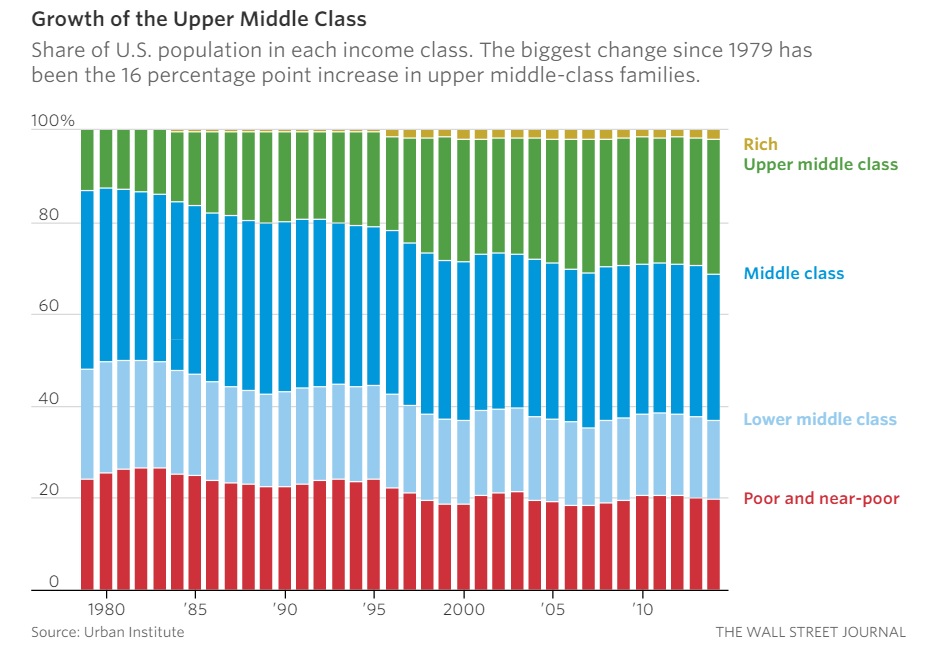