Helmeted officers carrying semi-automatic rifles have been flying over Mexico City in recent weeks as the city’s new police chief is cracking down on drug crimes and attempting to intimidate criminals.

These armed police, known as “Condores,” who hang out the chopper doors, hovering just hundreds of feet in the air, is a sight more likely to be seen in Mexico’s more dangerous border cities, like Juarez. Police chief Raymundo Collins, however, authorized 10 helicopters in July  to fly around the city every day over high crime neighborhoods, Reuters reports. 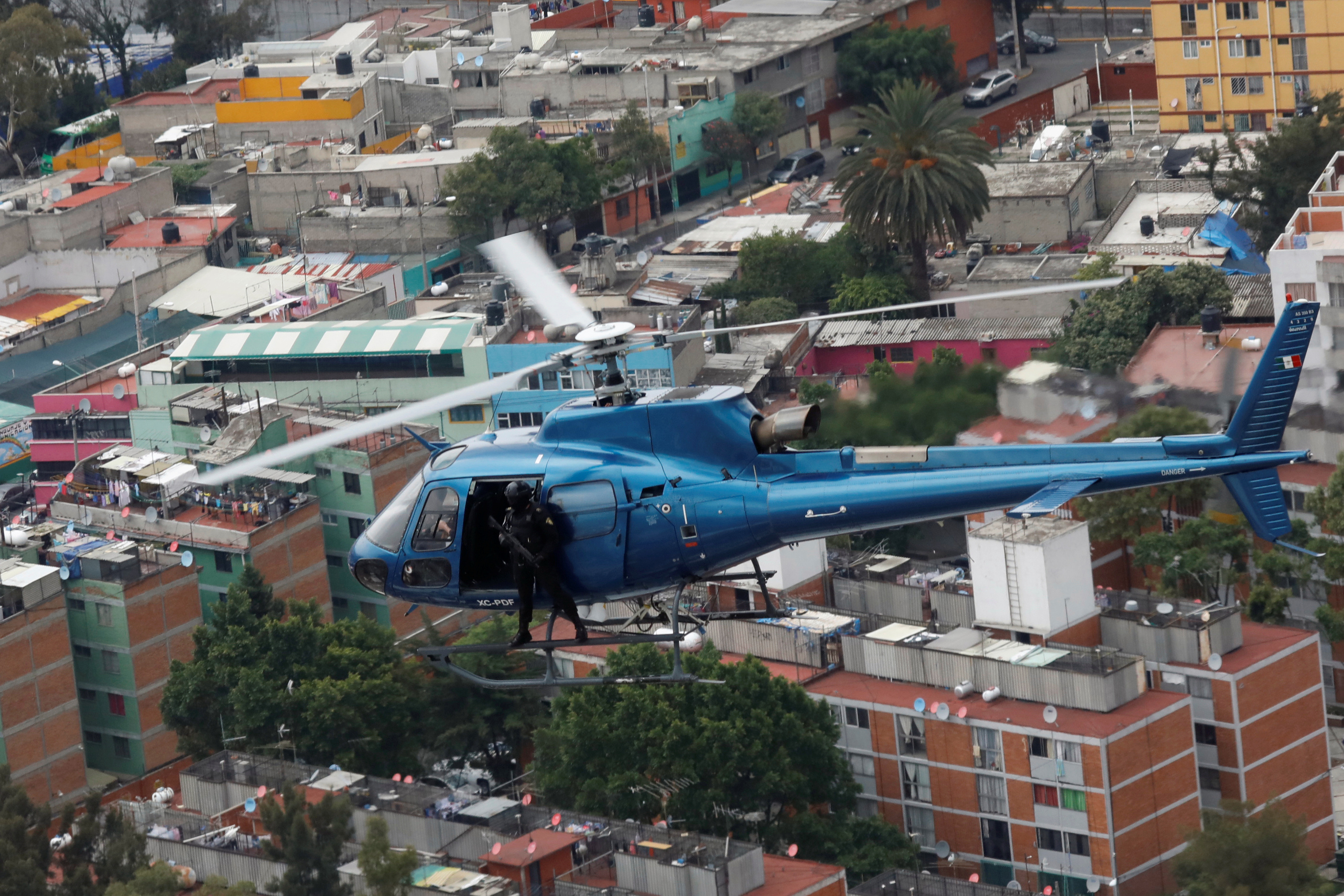 Police officers, members of a team known as “Condores”, stand by the door of the helicopter during a patrol of the city, part of a new strategy to combat the crime in Mexico City, Mexico August 3, 2018. Picture taken August 3, 2018. REUTERS/Carlos Jasso

“The country will be cleansed,” López Obrador told an audience at a campaign rally, where he promised to rid the country of the violence and corruption that he claims the establishment government has allowed to pervade the country for years. (RELATED: Mexico’s President-Elect Pledges To Cut His Own Salary By More Than Half)

Mexico City saw its homicide rate rise between Jan. 1 and April 30 to levels it hadn’t seen in 20 years, and general killings are up 45 percent since 2014, according to the report.

Police found two dismembered bodies in Mexico City’s downtown in June, and a stray bullet killed a Chicago-native in July at an upscale Mexican restaurant, a case in which police have yet to make an arrest.

Mexico City officials say much of the crime stems from drugs, specifically those sold and bought by violent local gangs.

“We’re raising the cost of being a criminal,” Collins told Reuters. “Haven’t you heard that people say I’m very tough?”

While Collins feels his efforts will make a difference, the incoming mayor, Claudia Sheinbaum, feels differently, and has said she’ll likely replace him when she takes over in December.

In a June National Urban Security Survey, more than 90 percent of Mexico City residents said they feel unsafe in their city, and less than 10 percent of crime is reported, according to Reuters.