Jeong has been outed as a cop-hating racist who has a years-long, cataloged history of sending vicious, vile tweets toward white people, men and police officers. In spite of the outrage, The Times decided to keep her on their editorial board and defended her public worldviews, saying they are the result of the racism Jeong has experienced in her own life.

As The Times said in a statement, “Her journalism and the fact that she is a young Asian woman have made her a subject of frequent online harassment. For a period of time, she responded to that harassment by imitating the rhetoric of her harassers. She sees now that this approach only served to feed the vitriol that we too often see on social media.”

Since her tweets came to light, many people with similarly radical ideals have run to support and validate Jeong’s worldview, publishing a phalanx of defense pieces in a myriad of publications. One of those publications was the New York Times, which published a piece declaring, “Let he who is without a bad tweet cast the first stone.”

One NYT writer, however, dared criticize The Times for having a racist cop-hater.

Elizabeth Williamson tweeted that Jeong does not “deserve” a warm welcome from the storied newspaper. 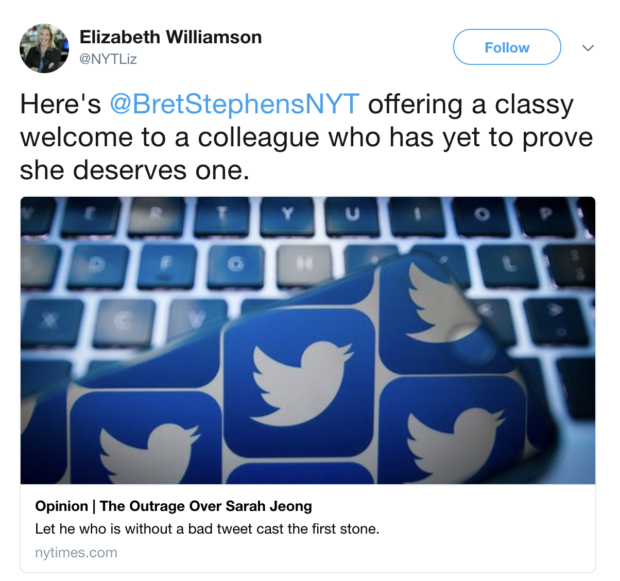 The tweet was immediately doxxed by Left-wing Twitter, with a verified outrage mob coming for Williamson on force. Williamson was shamed enough to eventually delete the tweet and posted an apology. 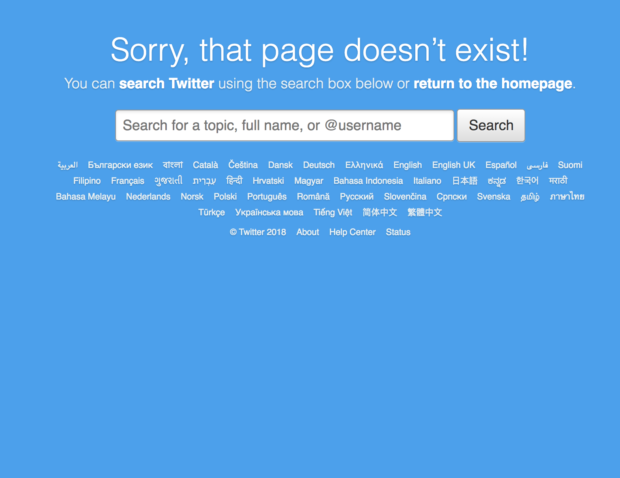 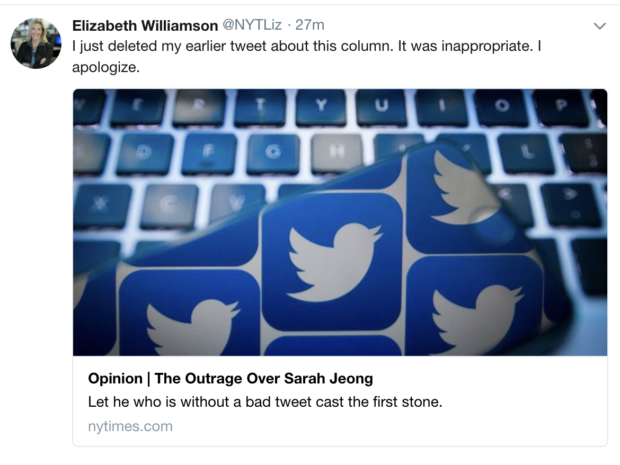 Many who came to Sarah Jeong’s defense used the argument that she need not apologize since Jeong was using her free speech rights. That standard clearly does not work both ways.