Why does Omarosa need a fucking wardrobe change for her morning media appearances?

She was on TV to talk about her new book, Unhinged.

Dress one, which she wore on NBC’s “TODAY” Show,  was a risky bright lemon yellow eyelet number that left one shoulder bare. The gown shows off her cross necklace while her right supported breast is directed at the TV camera. Which strikes me as a tad uncomfortable for the woman wearing it.

“There’s a lot of very corrupt things that are happening in the White House, and I am going to blow the whistle on a lot of this.”

Honestly, the yellow prom dress seemed a little much for the “TODAY” Show.

Outfit  number two, which she wore on MSNBC’s “Velshi and Ruhle” program, was way more covered up. She wore a silky, navy,  floral blouse that tied at her neck into a bow and paired it with a form fitting white skirt. 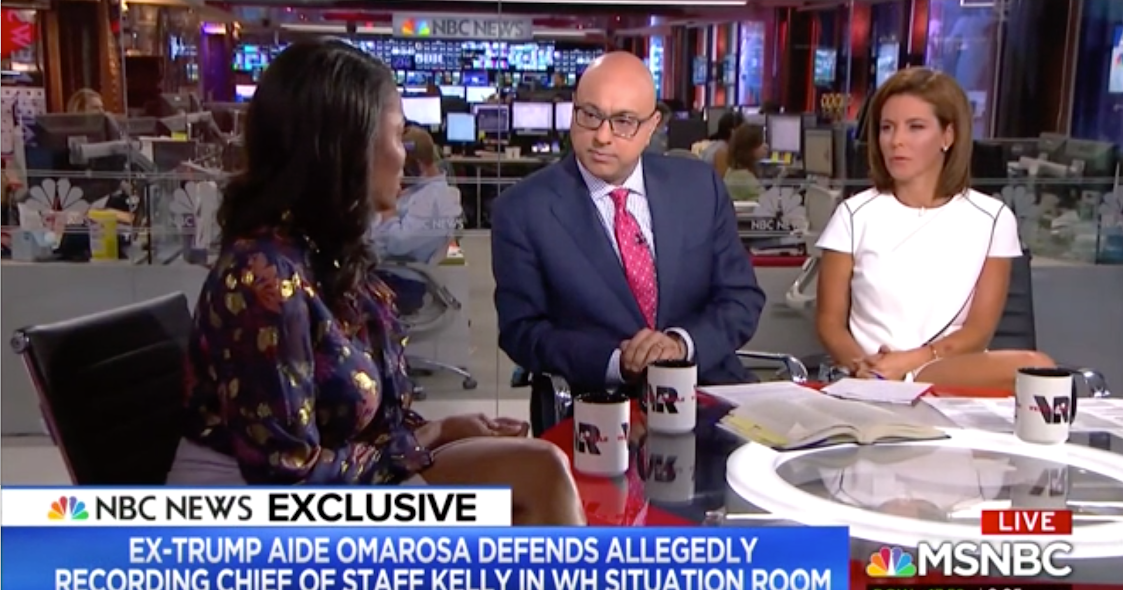 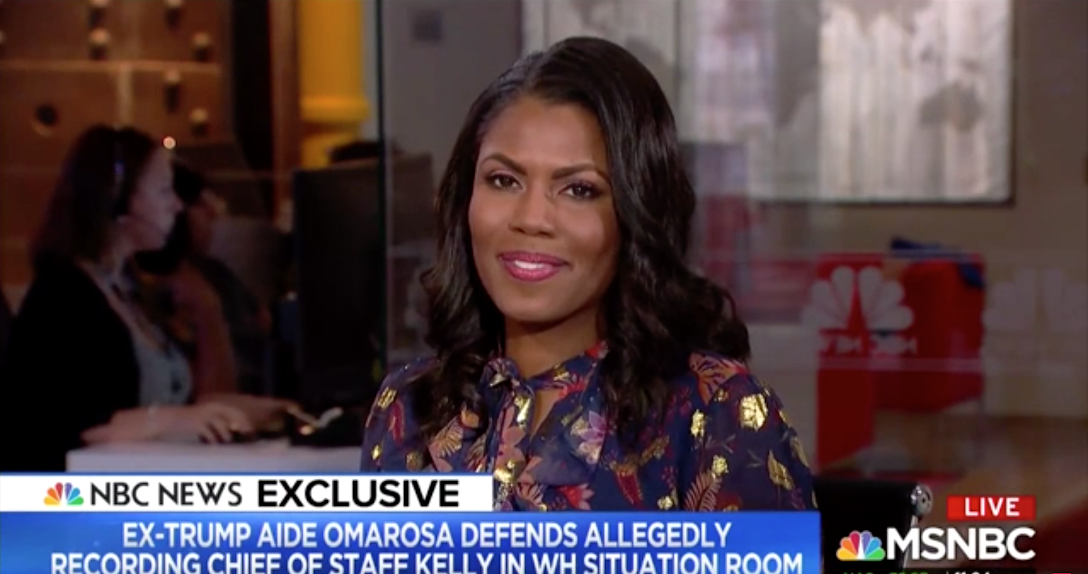 The floral blouse seemed entirely more fitting than the first dress, but then it begged the question: Why does she need a wardrobe change? Who does she think she is: Madonna? The late Whitney Houston?

“The main problem with her wardrobe wasn’t the change between shows, but rather her choice of dress for the Today Show interview,” said Beverly Hallberg, president of District Media Group where she conducts media training for Members of Congress, CEOs, policy wonks, and politicos, in an interview. “Though the bright yellow was a perfect color, the off-the-shoulder-lace didn’t match the seriousness of the topic. It’s also difficult to sit on the barstools they provide, and her dress didn’t make that task any easier. The interview itself was uncomfortable and the dress matched that.”

That all said, Hallberg, the expert, says a change of clothing is common and often reflects the tone of the show.

A female journo fashionista told The Mirror, “After Megyn Kelly wore a blue velvet cocktail dress to interview Vladimir Putin, there ceased to be rules regarding women’s dress on television. Omarosa could wear nothing but the book jacket if she so pleases.”

The source added, “In Omarosa’s mind, ‘TODAY’ is beauty before brains. ‘Velshi & Ruhle’ is brains before beauty. She erred in failing to acknowledge today’s VOD world. That ‘TODAY’ interview was used all over TV and internet today. And she looked like Malibu Barbie on her way to a summer wedding, rather than a reliable source and senior WH official.”

And finally, “She looked good. But gerl, a one-shoulder dress in electric yellow highlighter is a lotta look before 11 a.m.”

Note to readers: Any sane thoughts on this, please write me and I’ll add your views. Keep it clean (sort of). Betsy@DailyCaller.com.