The Washington Post published an article on Monday complaining that President Trump posed next to a biker wearing a “sexist” patch on his vest.

Trump met with supporters in the “Bikers For Trump” group over the weekend and posed for photos with some of the group’s members at the Trump National Golf Club in New Jersey.

The bikers typically wear vests with dozens of various patches on them, and the Washington Post zoomed in on the photos of the bikers with the president to see what the patches said.

One of the patches seemed to ruffle the feathers of one reporter, who called it “sexist.” The patch in question features an image of a topless woman with guns covering her breasts and the caption, “I [heart] guns and t***ies.”

“Usually, staff members carefully vet people and settings where a president may be photographed to prevent any embarrassments,” WaPo’s Anne Gearan wrote. “The man with the patch was near Trump for most of the time reporters saw the president, and they took at least one picture together.” 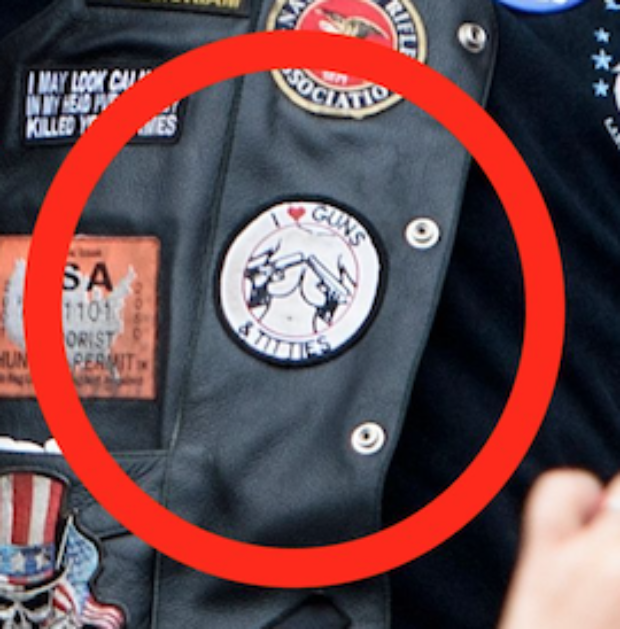 Gearan added that she does not know if Trump even noticed the patch on the man’s vest, but claimed that the photos of Trump with the bikers are “being scrutinized on Twitter.”

WaPo also pointed out that the man had a patch reading, “Terrorist Hunting Permit,” while another sported one stating, “This is America. We eat meat, we drink beer and we speak f***in’ English.” 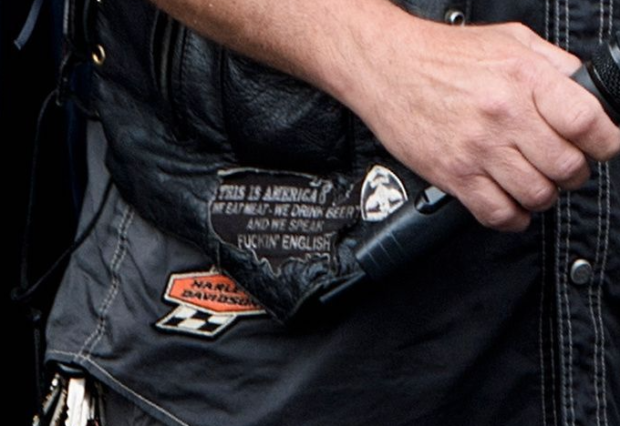