An unnamed firefighter died in a hospital Monday evening as a result of California’s largest recorded wildfire in the state’s history.

There are few details on how exactly the firefighter was injured, but state fire officials say he died Monday night after sustaining wounds from an active fire that was part of the Mendocino Complex, according to the Los Angeles Times.

This marks the sixth firefighter death as fires continue to scorch the state.

“We are extremely heartbroken for this loss. We are dedicated to investigating what happened,” Sean Kavanaugh, an incident commander for the area said at a news conference. “We mourn as we also battle California’s largest wildfire that continues to burn extremely steep and remote terrain.”

Officials told ABC News that the firefighter is from Utah, but they are unable to give any additional information at the moment, and they’re “fact-finding” the incident. 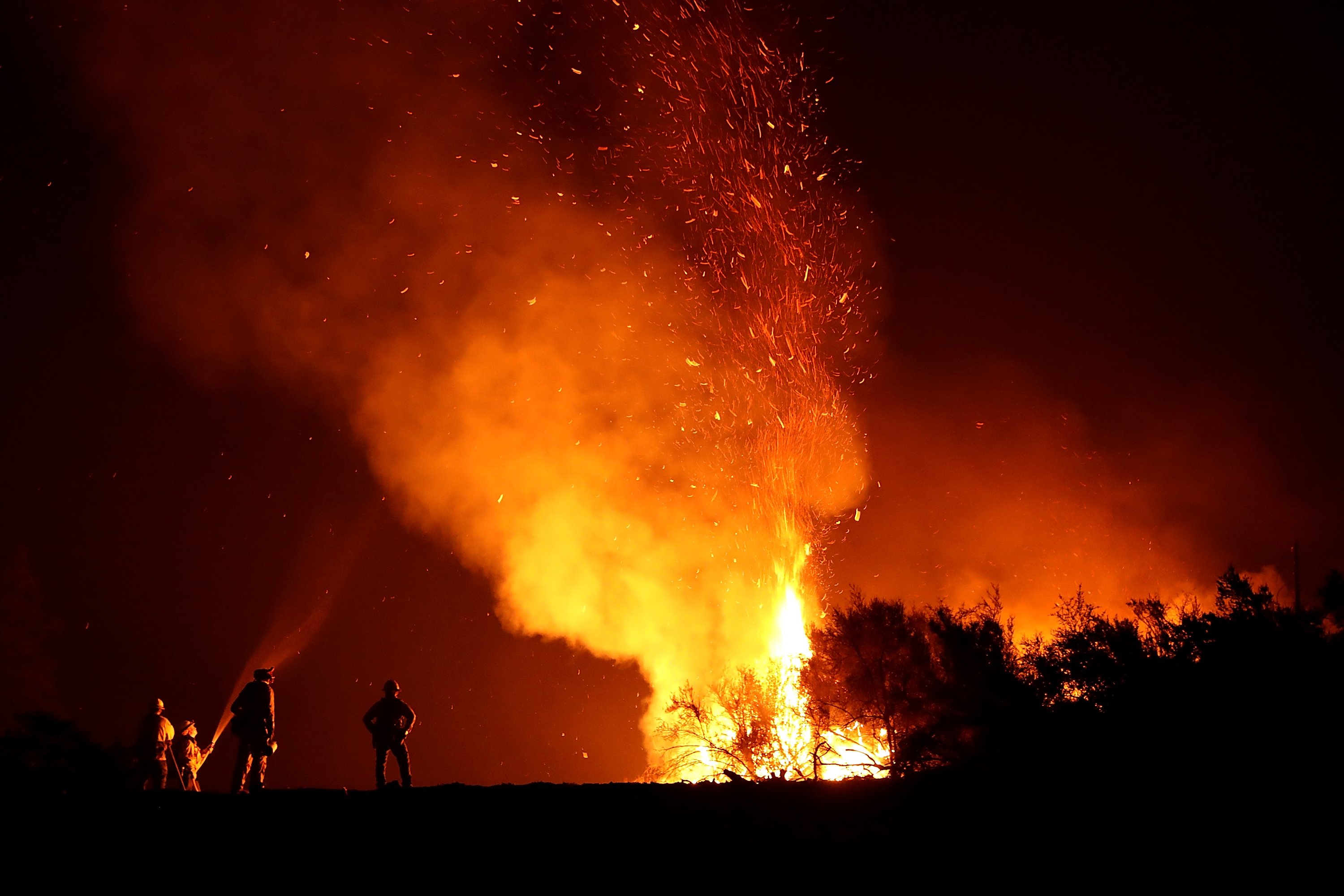 LODOGA, CA – AUGUST 07: Cal Fire firefighters monitor a back fire as they battle the Medocino Complex fire on August 7, 2018 near Lodoga, California. The Mendocino Complex Fire, which is made up of the River Fire and Ranch Fire, has surpassed the Thomas Fire to become the largest wildfire in California state history with over 280,000 acres charred and at least 75 homes destroyed. (Photo by Justin Sullivan/Getty Images)

The blaze was made of two separate fires, the Ranch and the River fires, that grew together to create one giant fire that now covers more than 354,410 acres and is 68 percent contained as of Tuesday, according to data released by Cal Fire, the California state fire department.

The deadliest fire of 2018, the Carr fire, has killed a total of eight people now, including three firefighters. Two additional firefighters were killed battling fires near Yosemite National Park.

The Carr fire was reportedly caused by a flat tire when its rim skidded the asphalt, which caused sparks to ignite. (RELATED: A Flat Tire Started Deadly California Fire)

The cause for the Mendocino Complex Fire is still under investigation.