Jim Carrey went on an unhinged rant against the president and his supporters, claiming Trump and members of the Republican leadership are the “worst of us.”

“To watch half the country ignore what is quite obviously right in front of them, I liken it to standing on the railroad tracks cheering for the locomotive that’s about to run you down. ‘Look at it. Look how beautiful it is. Man, it’s really fast. It’s getting here quickly … ‘” the 56-year-old comedian told the Hollywood Reporter Wednesday. (RELATED: Jim Carrey Loses His Mind Over GOP Moscow Trip–Leaves Out The Reason They Were There) 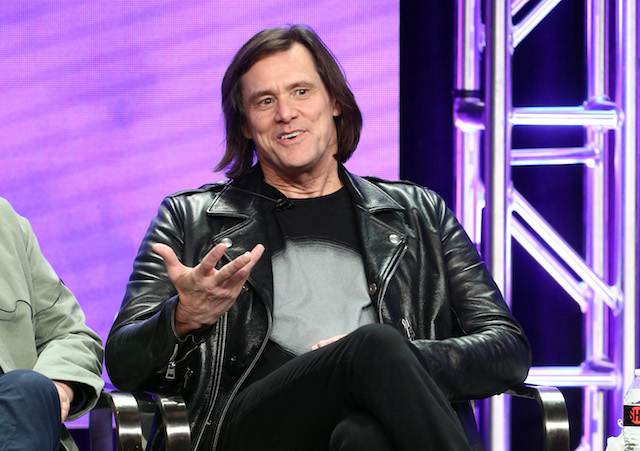 “When it’s all said and done and the Feds finally close in  and he [Trump] hands over the keys to Trump Tower and Mar-a-Lago and whatever else he has, there’s going to be a celebration in this country such as has never been seen before. I guarantee it,” he added.

When pressed further by the reporter about whether it was a matter of if but when Carrey responded, “When, for sure. It’s when or we’re done.”

At one point in the interview, “The Mask” star said he wasn’t interested in participating in things like the Hillary Clinton fundraising events. He made it clear, however, that he hopes to see Republican leadership taken out of office.

“I try to avoid Hillary’s fundraising parties up in the hills around me,” Carrey explained. “Every once in a while, I’d hear one of them. She pretty much covered the clock. It was like, ‘Oh, Hillary’s over  there now? Yeah, standing by the pool, making the pitch?’ That kind of world doesn’t appeal to me.”

“But I’m gonna be supporting the local guys here and making sure that [House Majority Leader] Kevin McCarthy doesn’t get back in,” he added. “I’d like to get [Congressman] Devin Nunes out of there forever. Trey Gowdy and Jim Jordan? I mean, what a fucking collection of ne’er-do-wells, man. It’s just the worst of us encouraging the worst in us.”

The attack was only the latest from the comedian who has used his social media account to attack the president and members of his administration with his “artwork.”

So I fixed the controversial TIME Magazine cover. This is much more appropriate. You’re welcome @time pic.twitter.com/VMDtGTj5Zy

“If the Democrats would just stop the Mueller investigation, build a wall, declare me a God and pass a special law allowing me to marry my hot daughter I wouldn’t have to devour these immigrant babies. It’s terrible what they’re doing. Obstructionists!” pic.twitter.com/LgOejCxRTN

Great men and women once occupied these desks. The House of Representatives, 1789 – 2016. https://t.co/NrLGWEFBsI pic.twitter.com/IiVxqFPEeM