Counselor to the president Kellyanne Conway had blunt words Tuesday for the press gaggle that followed her to the steps of the White House.

After a FOX News appearance, a phalanx of reporters followed Kellyanne to the doorway of the West Wing asking primarily about the allegations in Omarosa’s new book about the president using racial epithets against minorities and calling Omarosa a “dog.”

Kellyanne said it was her job on the campaign to tell the president “rumors” and “fact and fiction,” noting that she had indeed mentioned the rumor of the tape to Trump. Kellyanne blamed the media for the story, saying “you all reported it” before turning and pointing at the press corps.

“Listen,” Kellyanne said, “I’ve worked alongside Donald Trump for two straight years and I have never heard him say anything about that including about my husband.” 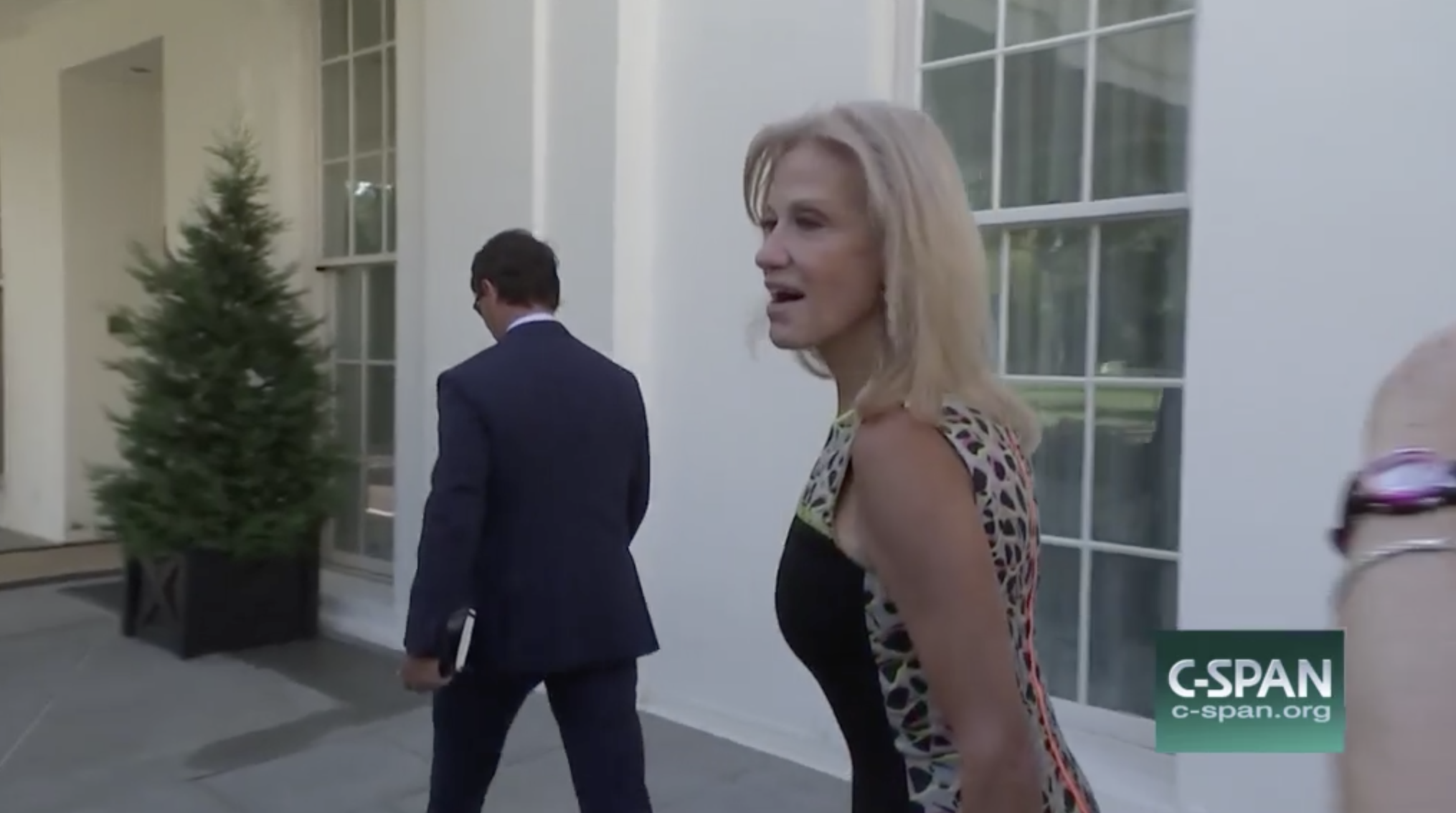 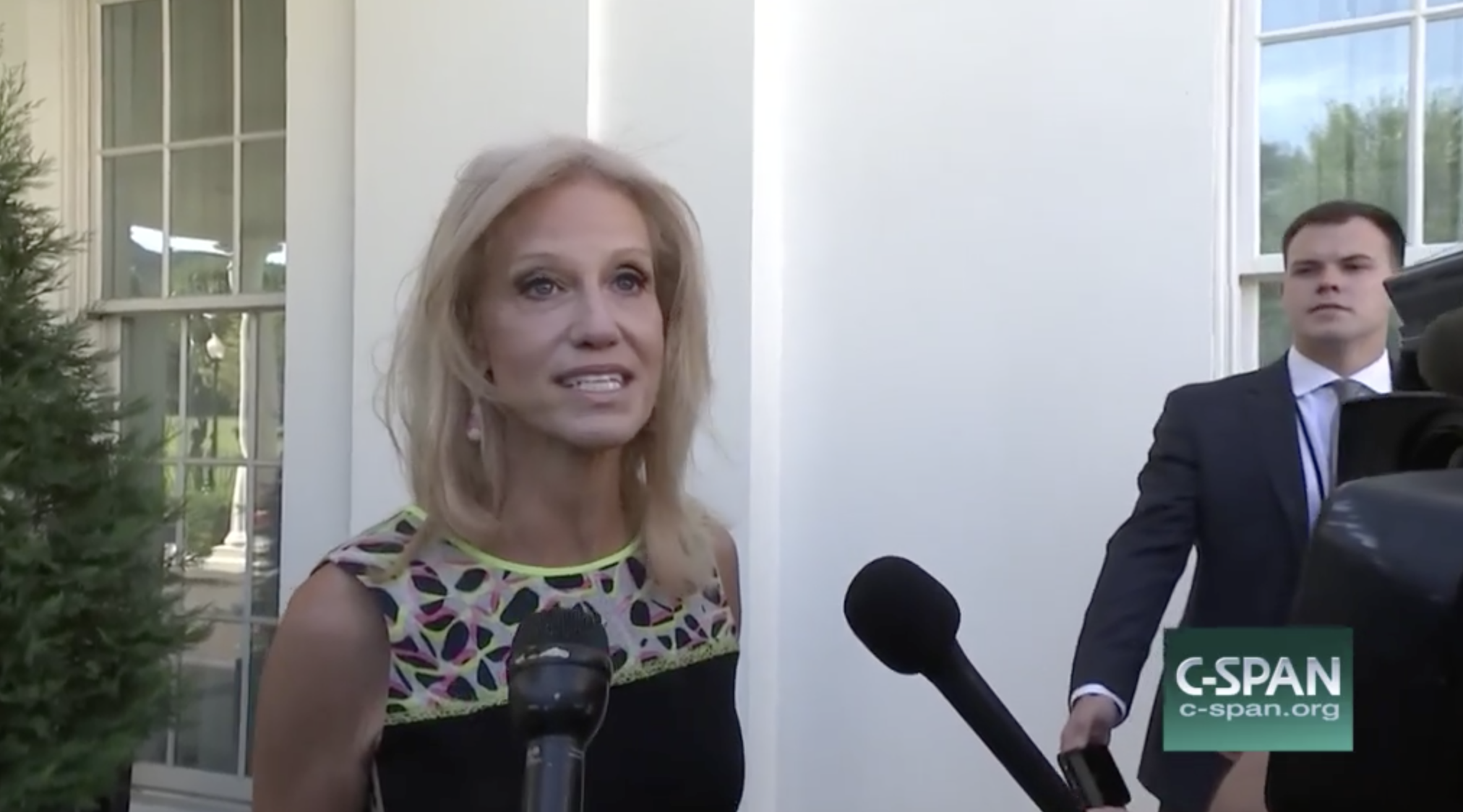 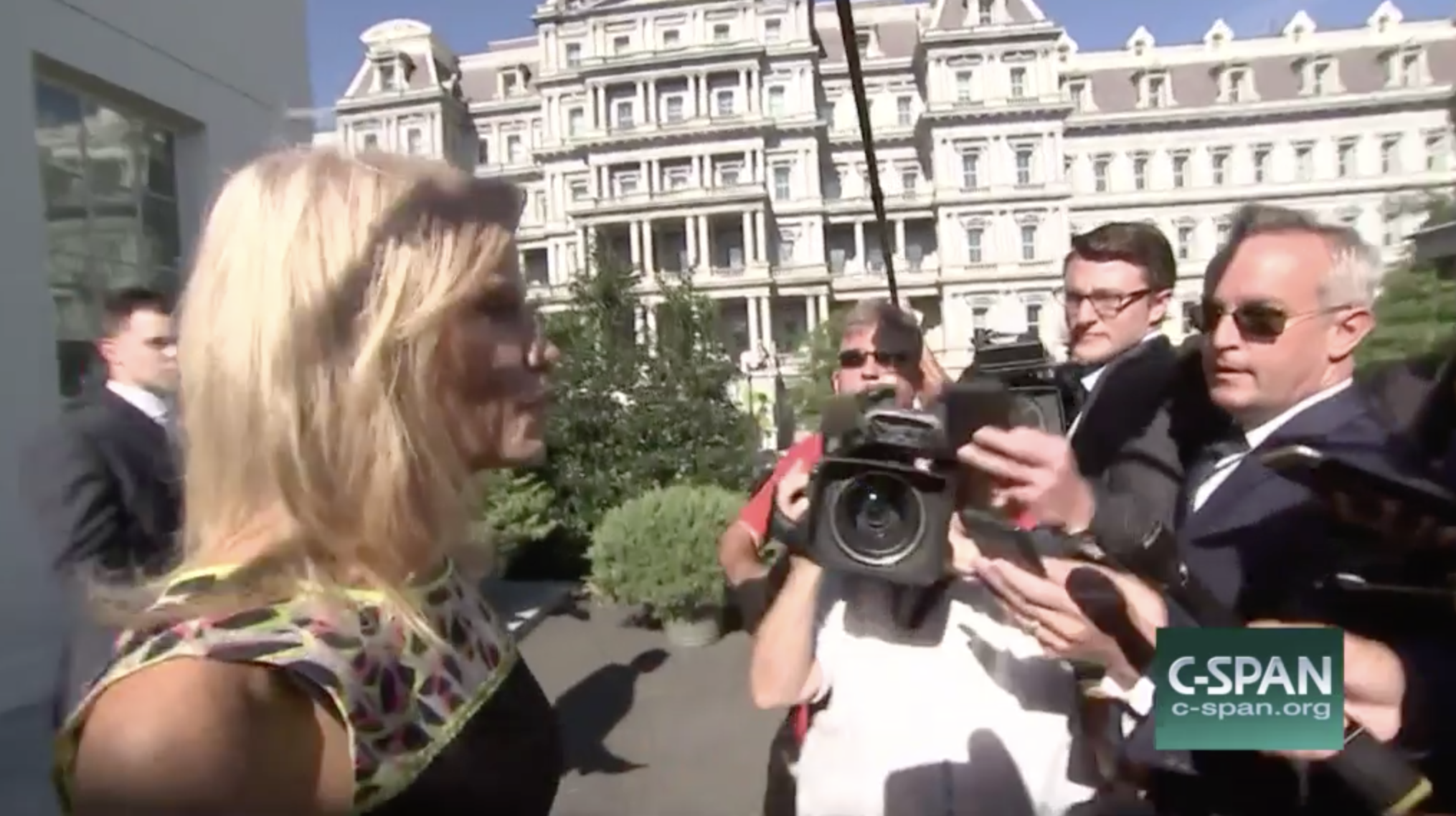 Kellyanne was referencing that allegation that Trump has used slurs against her husband, George Conway. Conway vehemently denies these claims, saying in a tweet, “The allegation is not credible, and indeed is ridiculous, particularly in light of the timing of her departure from the White House—December 12, 2017. It’s absurd all around.”