MSNBC showed a picture of Wisconsin Gov. Scott Walker while talking about Phil Scott, the current governor of Vermont.

Velshi noted that the race is currently rated “solidly Republican” and wondered how Hallquist plans to unseat the incumbent.

The graphic, however, included a photo of current Wisconsin Gov. Scott Walker instead. 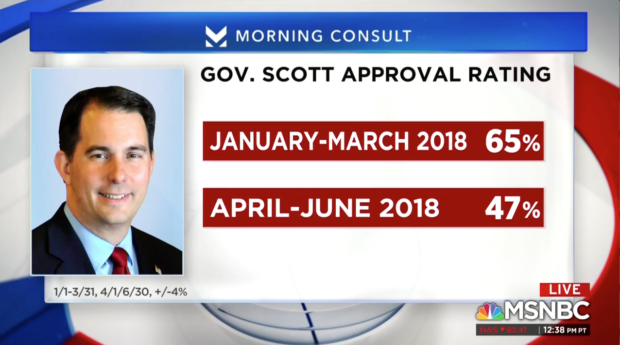 “Vermonters are gonna elect me for what I’m going to do for them. That’s absolutely clear,” Hallquist asserted.