Sarah Sanders had a blunt response ready when asked how many black Americans work in the White House. Sanders was asked the questions in light of Omarosa’s departure and recent claims of racism in the West Wing.

A recent survey found that there are no black staffers in senior leadership positions in the White House.

The reporter asked Sanders, “Can you tell us exactly how many African-American staffers there are in this building and is it a priority in the administration to reflect the diversity of the country?”

Sanders responded by saying that the White House “values diversity” and “we have a large number of diverse staffers from various backgrounds both race, religion, gender.”

“How many African-American staffers are there in this building?” the reporter pressed.

“Look,” Sanders snapped, “I’m not going to go through and do a count. The same way I’m not going to do a sit-down and count on the staffs that are in your news organization.”

The reporter pointed out that “13 percent of the country is African-American,” to which Sanders replied, “We would love to diversify our staff and continue to do so. We do think it’s important. We’re going to continue to work to make that happen.”

Data shows that newsrooms are broadly not as diverse by race and gender as the cities they reside in. 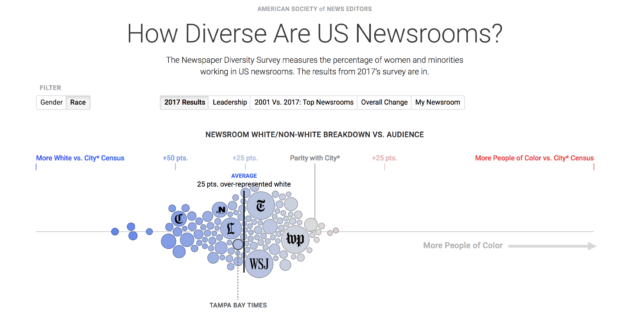 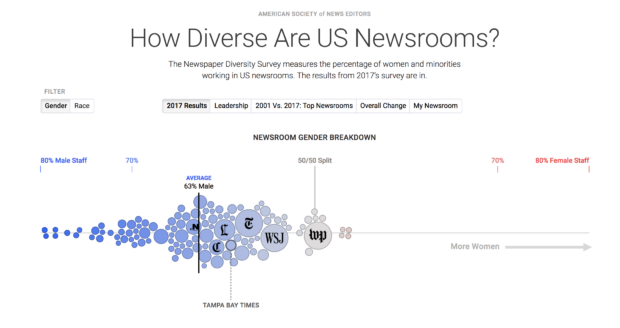