Rosamund Pike shared that during her an audition for “Die Another Day” she was asked to “take off” her dress and appear in her “underwear.”

“My first audition was for a Bond film and I remember them saying I was to drop my dress and appear in my underwear,” the 39-year-old actress told Amazon Audible Session’s according to  The Independent Thursday. 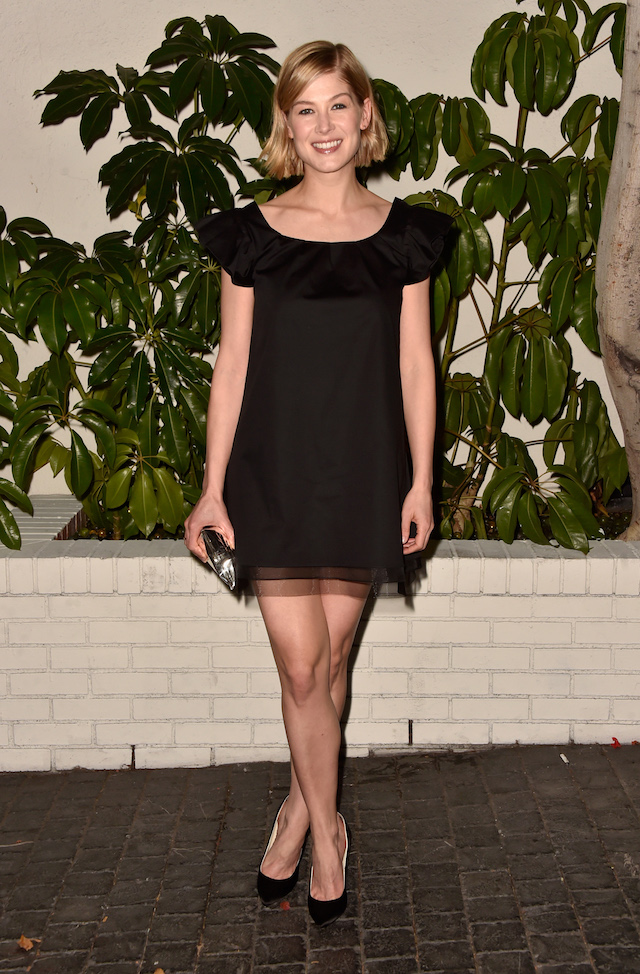 Actress Rosamund Pike attends the W Magazine celebration of the ‘Best Performances’ Portfolio and The Golden Globes with Cadillac and Dom Perignon at Chateau Marmont on January 8, 2015 in Los Angeles, California. (Photo by Frazer Harrison/Getty Images for W Magazine)

“On the day, I don’t know how I got the resolve and strength of mind, but I just thought ‘actually sod that, if they’re gonna see me in my underwear, they better give me the job,'” she added.

“So, I thought, ‘There’s no way I’m going to take off a dress in the audition for this tape to be sent around Los Angeles and to be judged on that,'” she continued.

The “Gone Girl” star shared that they wanted her to show up for the audition in an evening gown, but instead she came to the meeting in a silk gown her grandma gave her. When the costume designer saw her outfit he suggested she wear something more revealing.

“[The costume designer] said, ‘That’s a very beautiful dress, but in Bond films we wear things a little more like this,’ and she held up three pieces of string,” Pike explained.  “So, I put on this shimmering sheath, or whatever the order of the day was, but I didn’t drop it.”

Despite the wardrobe situation, she did end up getting the part and thanked producer Barbara Broccoli for making her feel so safe on set, according to Fox News.

“There wasn’t an ounce of feeling uncomfortable while I was on that set,” the actress said. “I look back over my experience on the Bond film and think, my goodness [producer] Barbara Broccoli was way ahead of all this #MeToo movement.”