Car accidents are an unfortunate reality of life, especially when you get involved with people who try to take advantage of the situation. Rather than leaving things up to chance or in the hands of someone you don’t know, it’s a smart idea to protect yourself with a full-proof way to show your side of the story. With the Black Box 1080p Dash Cam, record accidents as they happen with this camera’s built-in G-sensor and motion detection. 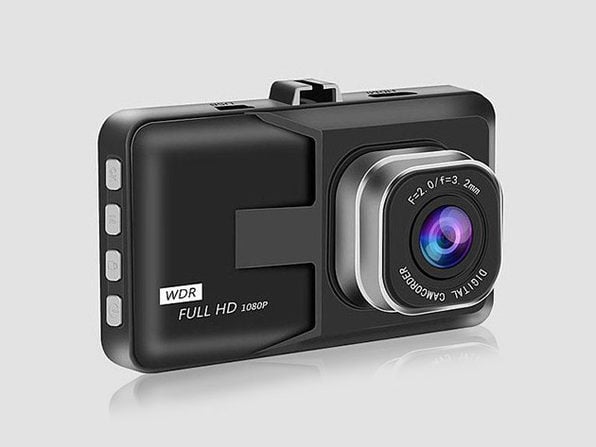 This compact dash cam captures accidents as they happen, so you’ve always got a witness to corroborate your side of the story in any car-related accident. Engineered with its own G-sensor, the Black Box captures footage and audio in the moment of a crash, guaranteeing you a second set of eyes and ears at the site of the accident. Plus, since it films in sharp 1080p resolution day or at night, as well as captures every bit of audio with a precise built-in mic, you’re covered whether it’s an early morning drive to work or a night out in the bustling city.

On top of that, this dash cam — which also has motion detection — gives you greater visibility. Meaning, the camera’s 120° wide-angle lens documents every little detail that unfolds before it, while the camera itself is compact enough not to obscure your line of sight when getting around.

Record accidents as they happen and protect yourself after a collision with the Black Box 1080p Dash Cam for $29.99 in The Daily Caller Shop. That’s 80% off the original price of $149.95.