A man who yelled “Allah is great” as he lunged at police officers in Spain was shot dead on Monday in an incident authorities are treating as a terror attack.

The man, not yet identified, entered the police station in Cornella, an area southwest of Barcelona, where he sought to ask for information, Reuters reported.

He then lunged at an officer in the station with a large knife, yelling “Allah is great” and other words the officers could not make out.

The man, identified as living in Cornella, was subsequently shot dead.

“However you look at it, it was a knife attack against an officer [by a man who] shouted “Allah is great” and other things that were impossible to make out,” the investigating police chief, Rafel Comas, told a news conference.

Comas said they have not found any link to this man and a terrorist cell, but “for now, we are treating it as a terrorist attack.”

The man pleaded with officers to let him in the locked station at around 5:45 a.m. local time, and he repeatedly pressed the buzzer before officers let him in.

Local news stations have reported that the man was a 29-year-old Algerian, but Comas would not confirm those reports at the time, adding that he’s been in the country “for years.” 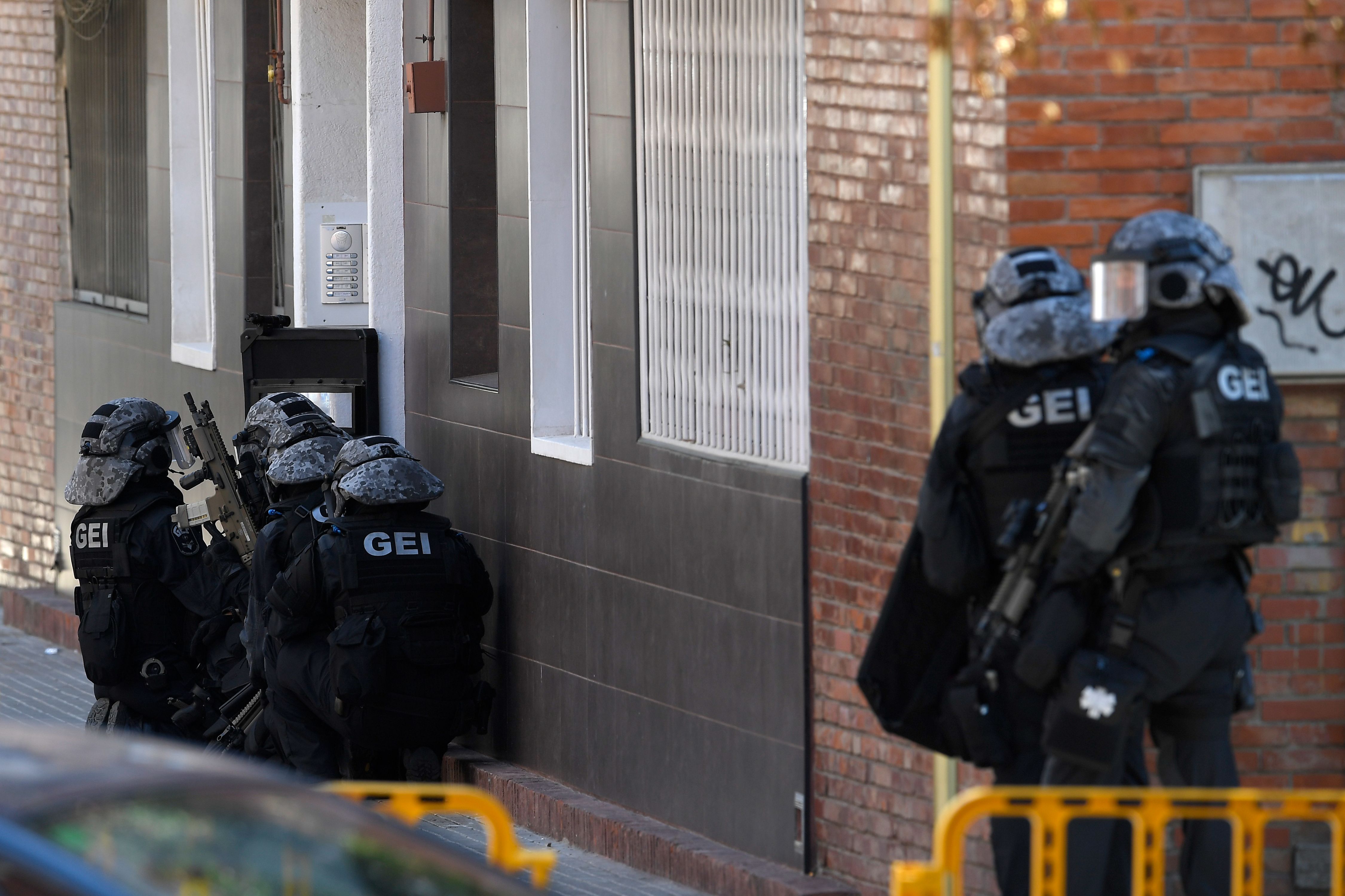 Special police forces prepare to raid the apartment building of a man who tried to attack a police station in Cornella near the northeastern Spanish city of Barcelona on August 20, 2018. — A man armed with a knife was killed when he attacked a police station near Barcelona, police said. (Photo: LLUIS GENE/AFP/Getty Images)

Spain commemorated on Aug. 17 the anniversary of an Islamist attack in 2017 in which a man drove a van down a busy street in Barcelona, killing 14 and injuring over 100 others in Spain’s worst attack since the Madrid train bombings in 2004. (RELATED: BREAKING: Spanish Police Shoot, Kill Suspected Driver In Barcelona Terror Attack)

Police said they plan to search the man’s apartment and will confirm or deny the identity of the documents found on the man.

Comas said, as of now, there is no criminal record of the man identified in those documents.