A conservative street artist — who goes by the name of Sabo — skewered actress Asia Argento with his latest artwork that read simply, “#SheToo.”

In posters shared Monday on his Facebook, the 42-year-old Italian Actress is shown flipping the bird and across her face a hashtag that read, “#SheToo.”  (RELATED: #MeToo Leader Allegedly Paid Off A Man She Sexually Assaulted) 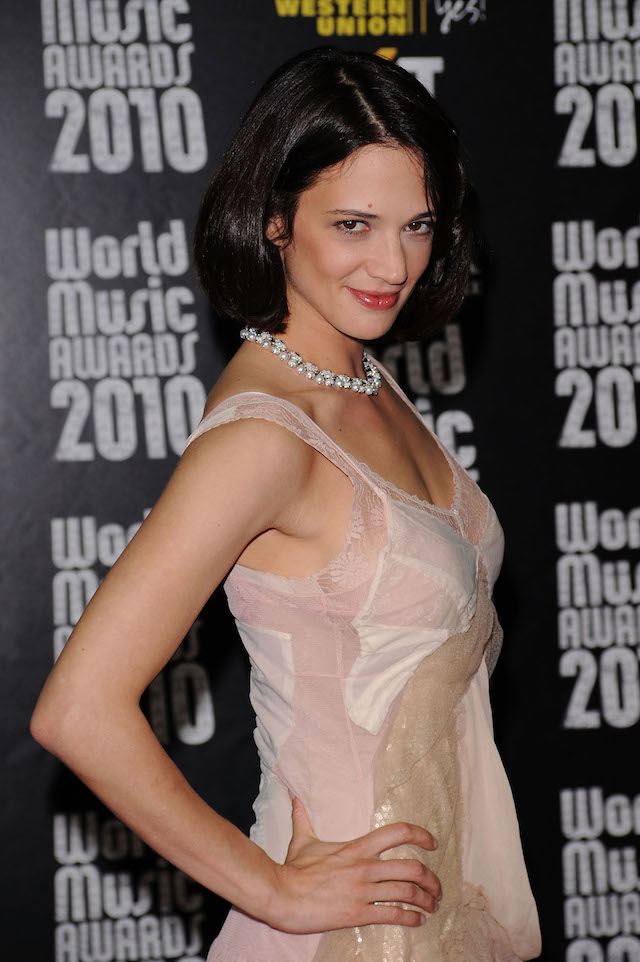 Asia Argento attends the World Music Awards 2010 at the Sporting Club on May 18, 2010 in Monte Carlo, Monaco. (Photo: Getty Images)

The Italian actress reportedly paid $380,000 to “Evan Almighty” star Jimmy Bennett in exchange for him not suing her over allegations she sexually assaulted him in 2013 when he was 17 years old. At the time, she was 37.

In October, Argento claimed that in 1997 Weinstein forcibly performed oral sex on her in an expose in The New Yorker.She was just one of dozens of women who have accused the disgraced movie mogul of a variety of sexual misconduct allegations. Their stories sparked the social media #MeToo campaign.