An Associated Press reporter was quick to politicize the death of Iowa college student Mollie Tibbetts on Tuesday because the suspect arrested and charged with her murder was an illegal immigrant. 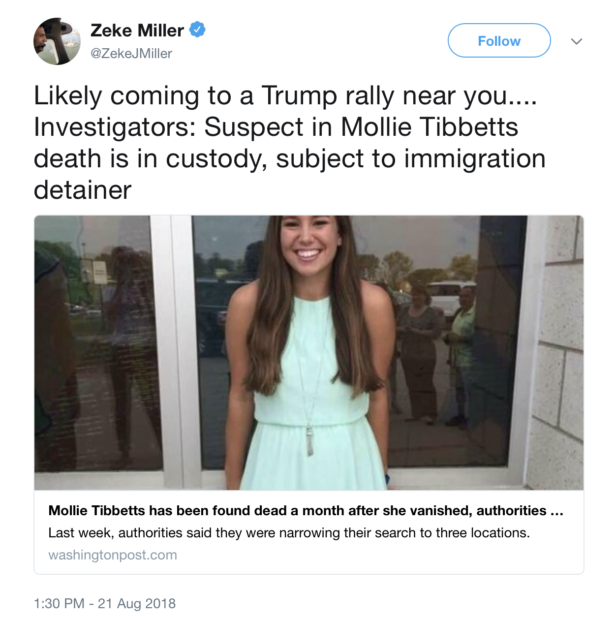 Miller then sent a follow up tweet nearly four hours later, after the police announced they had a suspect in custody, “Obviously a tragedy. Just pointing out the obvious _ that this revelation contributes to that which POTUS has been highlighting…”

Cristhian Bahena Rivera, 24, was charged with murder. He had resided in the area for four to seven years, officials said. He led investigators to the body’s location after confirming that he interacted with her while she was running and she felt threatened by him. (RELATED: Body Of Mollie Tibbetts Has Been Found: Sources)

Mollie Tibbetts was a rising sophomore studying psychology at the University of Iowa in Iowa City.