Lead singer of the band Aerosmith, Steven Tyler, has taken steps to get President Donald Trump to stop playing their song at his rallies.

In a cease-and-desist letter sent to the White House, Tyler’s attorney, Dina LaPolt, cited the Lanham Act which prohibits “any false designation or misleading description or representation of fact … likely to cause confusion … as to the affiliation, connection, or association of such person with another person,” according to Variety Wednesday. 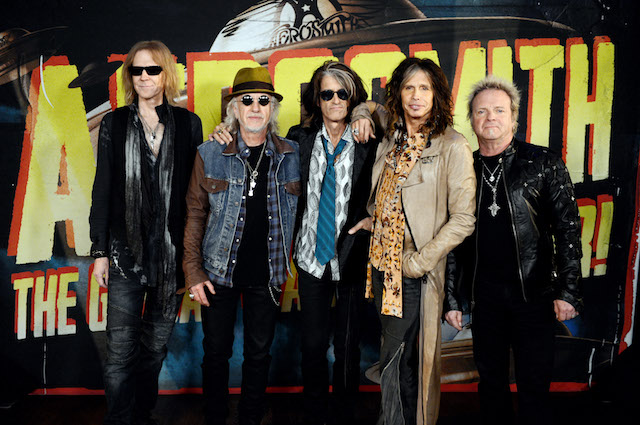 Members of Aerosmith pose at the press junket to announce their new album “Music From Another Dimension” and upcoming dates for their “Global Warming” tour at the House of Blues on September 18, 2012 in West Hollywood, California. (Photo: Getty Images)

The letter added that by Trump playing the band song he was “creating the false impression that our client has given his consent for the use of his music, and even that he endorses the presidency of Mr. Trump.”

The letter concluded, “In addition, Mr. Tyler’s voice is easily recognizable and central to his identity, and any use thereof wrongfully misappropriates his rights of publicity. Mr. Trump does not have any right to use the name, image, voice or likeness of our client, without his express written permission.”

The move comes after the president played one of the band’s 1993 hit song titled “Livin’ On The Edge” at his rally in West Virginia Tuesday night.

As the letter noted, this was not the first time Aerosmith has taken legal action against Trump. In 2015, Tyler’s attorney sent then presidential candidate Trump a cease-and-desist letter to prevent him from playing “Dream On” at his campaign rallies.