Randy Quaid on Thursday posted a letter he sent to President Donald Trump pleading for his help against a “rigged system” that he claimed had denied his and his wife’s passports.

“@realDonaldTrump I couldn’t stop myself from stamping! Sorry . . . But on a serious note, I got no reply to my letter to you so I’m posting it here hoping it will catch your eye,” the 67-year-old actor tweeted  to his followers, along with a shot of the letter dated March 12, 2017. 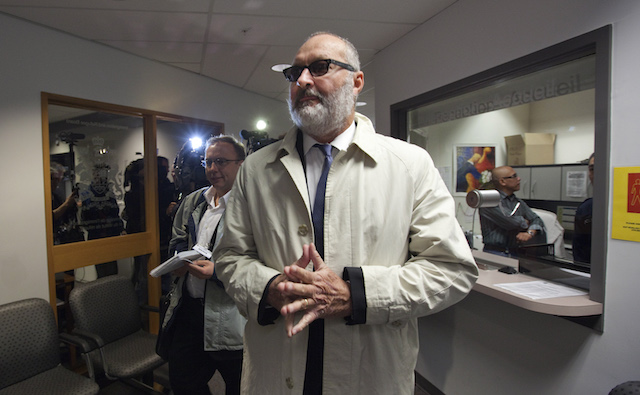 In the letter, Quaid refers to himself and his wife Evi as “avid, take-no-prisoners, supporters” of Trump’s candidacy and said they celebrated his victory on November 8. In light of his winning the presidency, the “National Lampoons” star said the pair applied for their passports in hopes that “change was on the way,” before claiming that “leftover bureaucrats” from Barack Obama and Hillary Clinton in the Department of State once again denied the “re-issuance” of their passports.

@realDonaldTrump I couldn’t stop myself from stamping! Sorry . . . But on a serious note, I got no reply to my letter to you so I’m posting it here hoping it will catch your eye. pic.twitter.com/GUbY6yf06D

Quaid and his wife had their passports revoked over what he called “warrants for trespassing” on a property in Santa Barbara that he said at one time belonged to him but was “stolen” by a Hollywood studio executive using “forged documents.”

At one point, the “Independence Day” star said he needs the passport in order to get back to work, because “production companies and studios” required it. Quaid then said he supports President Trump because he recognizes that it’s “the people that are going to Make America Great Again.”

He continued, “But that won’t happen as long as good people are kept down by corrupt, oppressive judicial systems on the local level working working in tandem with fake news to smear and dehumanize them.”

“Please re-issue our passports and feel free to use our example to demonstrate your early victory over a rigged system that has been allowed to fester for far too long,” he explained.

According to a report in the Los Angeles Times in 2015, Quaid and his wife at the time faced a variety of charges by Santa Barbara county authorities including trespassing, felony vandalism and failing to appear in court multiple times.

In 2010, the pair fled to Canada to reportedly escape Hollywood because they feared for their lives from a group called the “Star Whackers,” allegedly responsible for the death of stars like David Carradine and Heath Ledger. They both tried to get asylum in Canada, but only Evi was granted citizenship.