“The only way these people learn is if it affects them directly,” Twitter user Milan Legius wrote in a reply to Loesch. “So if Dana Loesch has to have her children murdered before she’ll understand, I guess that’s what needs to happen.”

“You may not make specific threats of violence or wish for the serious physical harm, death, or disease of an individual or group of people,” Twitter’s rules state.

But when Loesch’s husband Chris reported the tweet wishing death upon their children, Twitter initially ruled in favor of Legius.

“We have reviewed your report carefully and found that there was no violation of the Twitter Rules against abusive behavior,” Twitter wrote in an email that Chris shared with The Daily Caller News Foundation.

“We have re-reviewed the account you reported and have locked it because we found it to be in violation of the Twitter Rules,” Twitter wrote in an email to Chris Loesch, who shared it with TheDCNF.

“I wish Twitter just treated all users consistently,” Dana told TheDCNF. She is used to abuse on Twitter, where the replies to her tweets are often misogynistic. 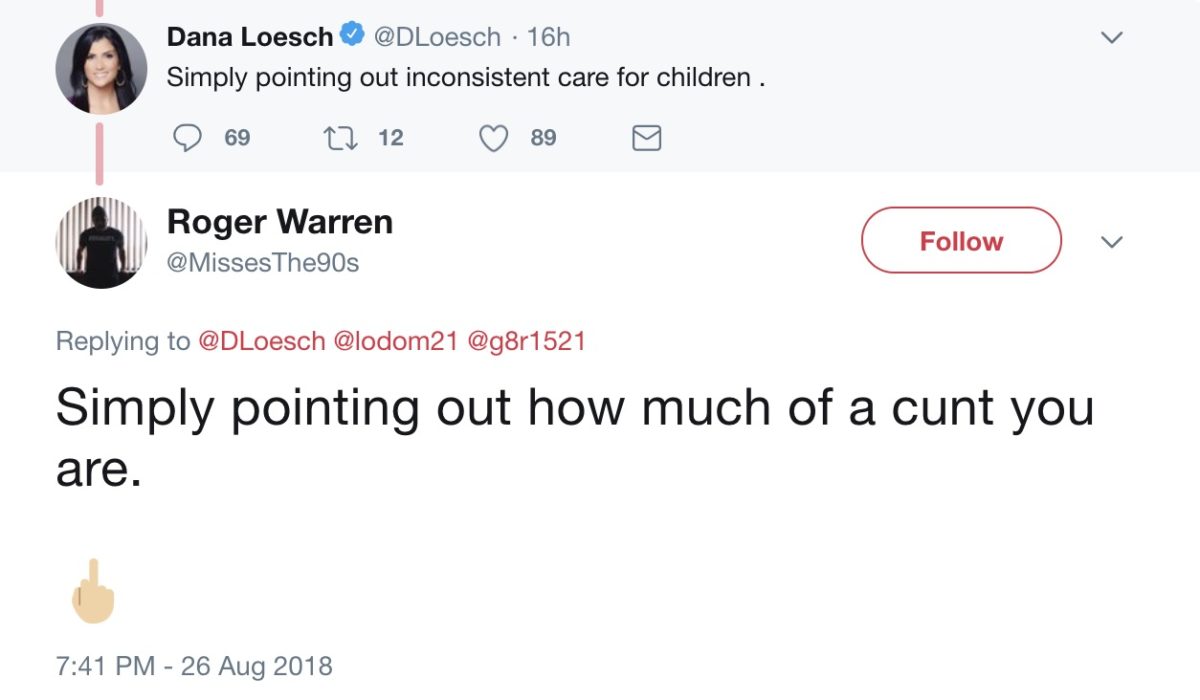 The NRA in general has become a popular target for the activist left, which often scapegoats the NRA for mass shootings its members didn’t commit. (RELATED: Twitter CEO Caves To Liberal Backlash, Apologizes For Eating Chick-Fil-A)

Leftist activists have sought to silence the NRA by getting the nonprofit’s media arm banned from Amazon, Apple and Google’s streaming services. So far, the three have allowed NRATV to remain on their platforms.