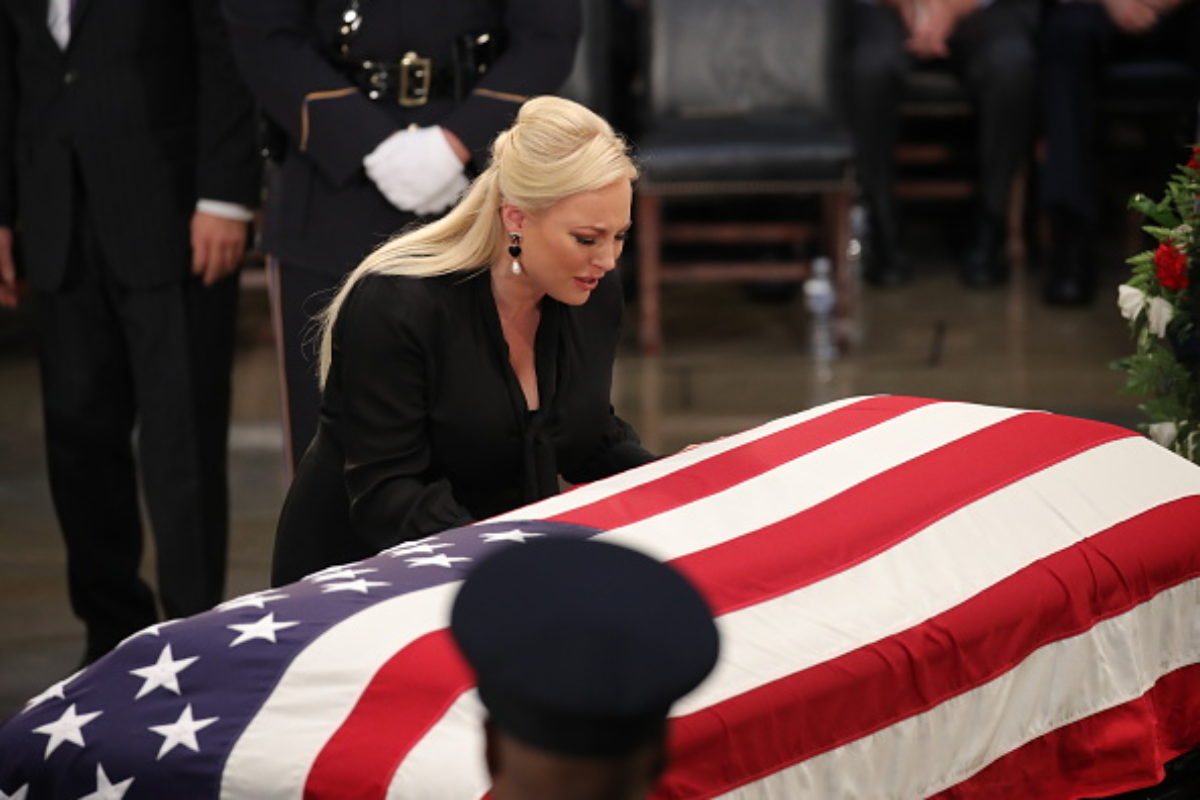 Meghan took another veiled swipe at the president when talking about “American greatness. The real thing, not cheap rhetoric from men who will never come near the sacrifice he gave so willingly, nor the opportunistic appropriation of those who lived lives of comfort and privilege while he suffered and served.”

The comments come as McCain requested Trump not attend his funeral as the two disagreed over personal issues. Trump did say, “We very much appreciate everything that Senator McCain has done for our country,” on Monday. (RELATED: John McCain Lies In State At The US Capitol — Here’s What That Honor Means)

McCain will be buried at the U.S. Naval Academy Cemetery in Annapolis, Maryland, on Sunday.