“I think it’s a mistake. I think if it was a coordinated effort by the Democratic Party, it blew up in their face,” Graham told The Daily Caller News Foundation in the U.S. Capitol Thursday. However, Graham made it clear that he had “no idea” if the protests were coordinated between Democratic members of Congress, and said he was more concerned with the fact that Kavanaugh should at least feel safe enough to bring his children to the hearing.

“Here’s what most Americans, I think would want: A hearing where the nominee can at least bring his children. Whether you agree with him or not. It’s been unseemly and hope it’s not the future,” Graham continued.

Kavanaugh has two daughters, Liza, 10, and Margaret, 13, who appeared at his nomination ceremony with President Donald Trump at the White House on July 9. The two also came to their father’s first hearing in front of the Senate Judiciary Committee on Tuesday, but were reportedly rushed out after constant disruptions from protesters.  (RELATED: Protesters Immediately Interrupt Second Day Of Kavanaugh Hearing) 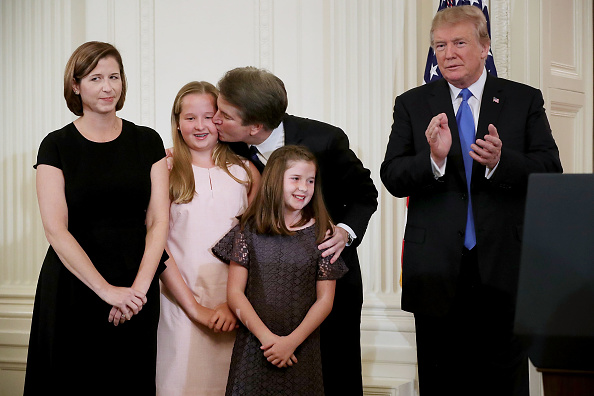 Over 100 protesters have been arrested for disrupting the hearing since Tuesday, shouting obscenities at members of the committee and at Kavanaugh and his family. On the first day of the hearing, 61 people were removed and charged with disorderly conduct in the Hart Senate office building and nine more were arrested in another building “for unlawful demonstration activities” and charged with “crowding, obstructing or incommoding,” according to CNN.

Republicans hope to get Kavanaugh confirmed as a Supreme Court Justice before the Nov. 6 midterm elections.