Signs teepeed Atlantic City on Thursday, branding former Fox News host Gretchen Carlson a “phony” and “a fake” amid the town’s Miss America competition this week. Carlson is a former Miss America winner. She’s also the author of Be Fierce after winning a $20 million lawsuit against Fox News and the late network chairman Roger Ailes for sexual harassment.

Carlson is chairwoman of the Miss America Organization. Thursday is night two of the preliminary competition.

The most recent Miss America, Cara Mund, claims that Carlson “bullied” and “silenced” her during her reign. The new Miss America will be crowned on Sunday night.

Several state groups purportedly want Carlson to resign from her role with the pageant. Some of the angst is that Carlson stripped the competition of its famed swimsuit contest. Carlson made the announcement during an appearance on ABC’s “Good Morning America” back in June.

“We will no longer judge our candidates on their outward physical appearance,” she told GMA.

The many signs swarming the town town label Carlson a “bully” and a “liar.” They hang from streetlights. They’re wrapped around garbage cans. They wait for passengers who wait for the bus. There’s even a sash outside the competition hall that reads “Gretchen sucks.”

Another says pointedly, “No swimsuits, no ratings.”

Mirror sourcing says that the signs allude to an alleged extramarital affair that Carlson reportedly had with a married news anchor when she was a young reporter. Keep in mind, that news was reported by The National Enquirer in 1991. The signs also appear to mock her claims as a #MeToo trailblazer.

So far, no one has claimed responsibility for public attack on the former newswoman.

See the brutal signage below. 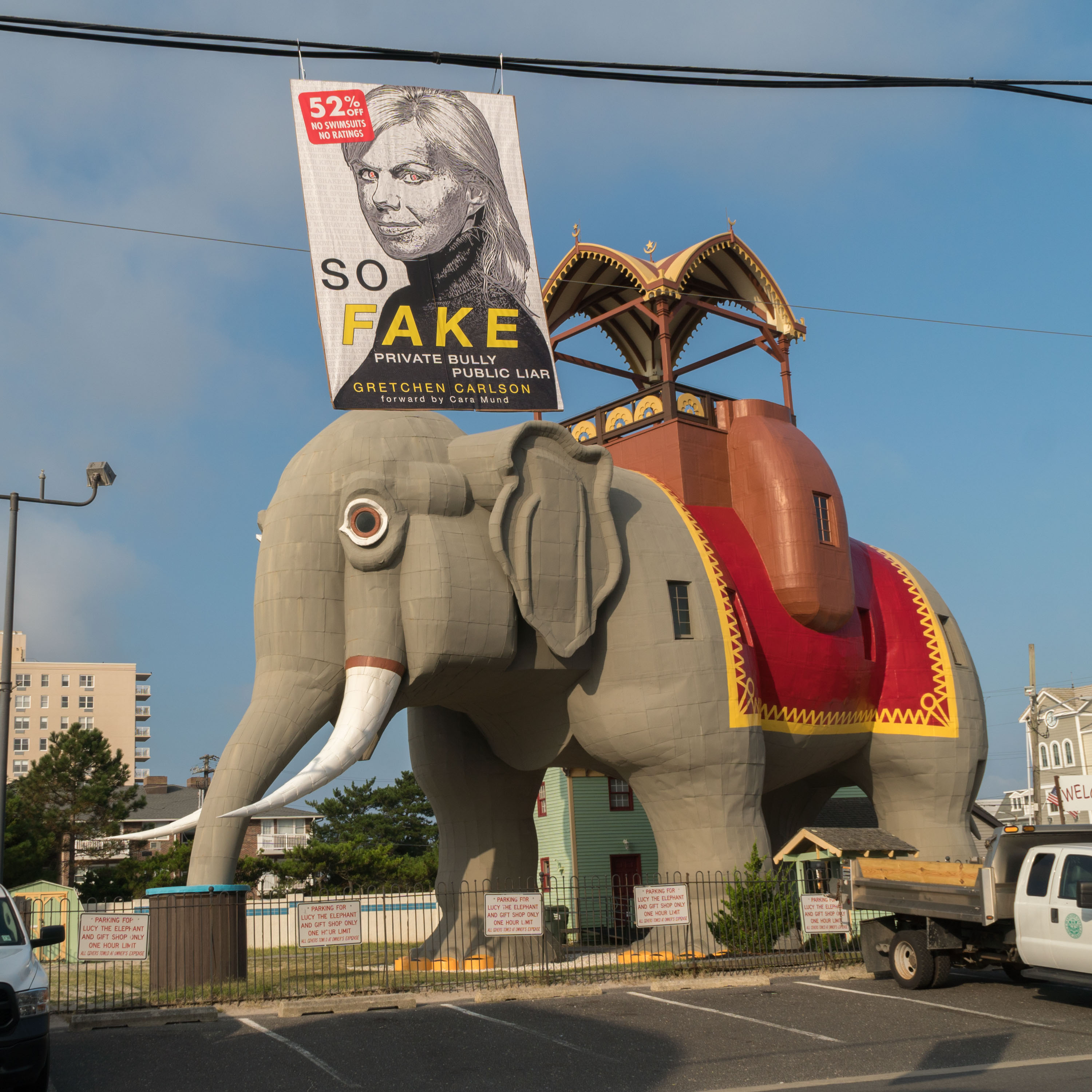 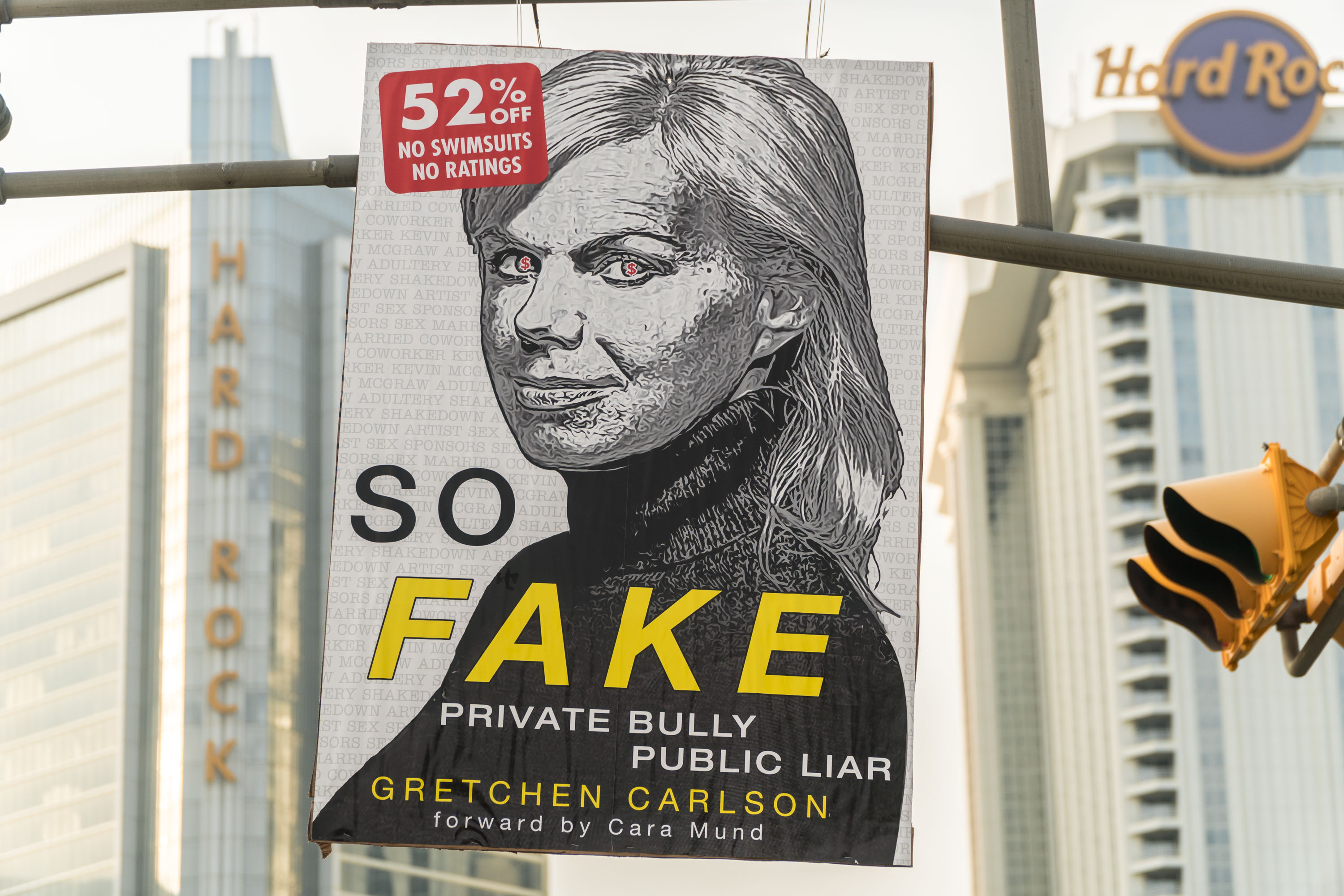 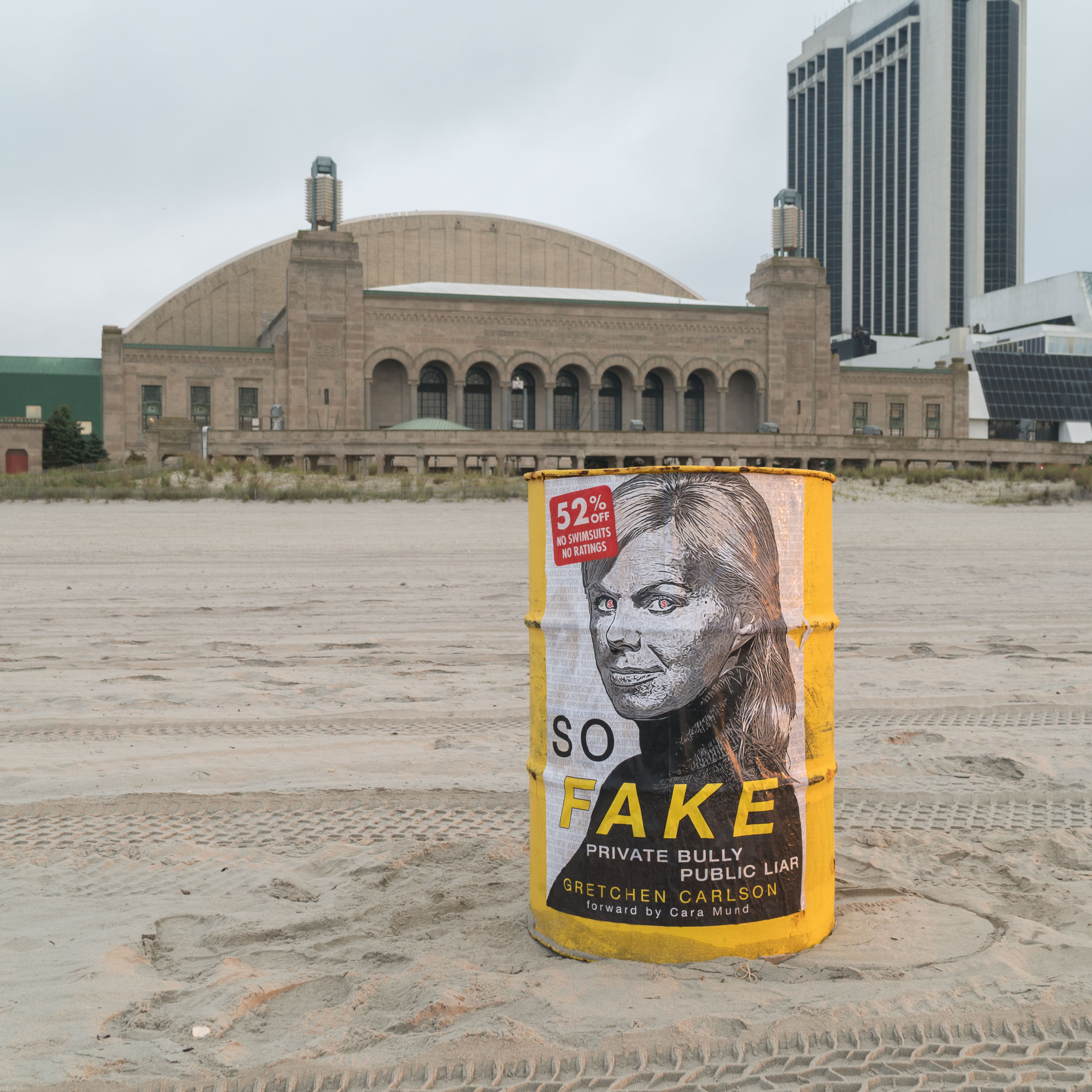 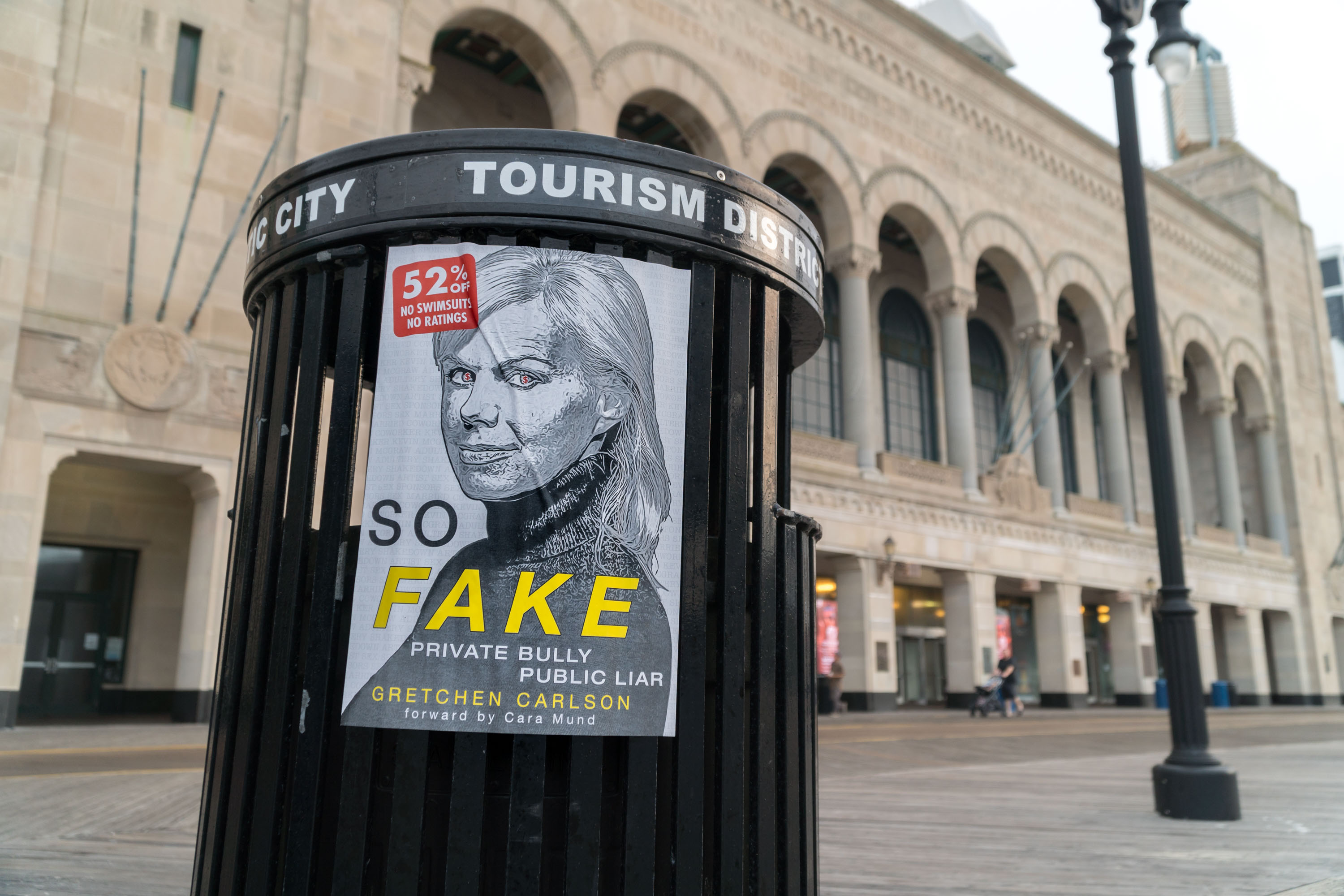 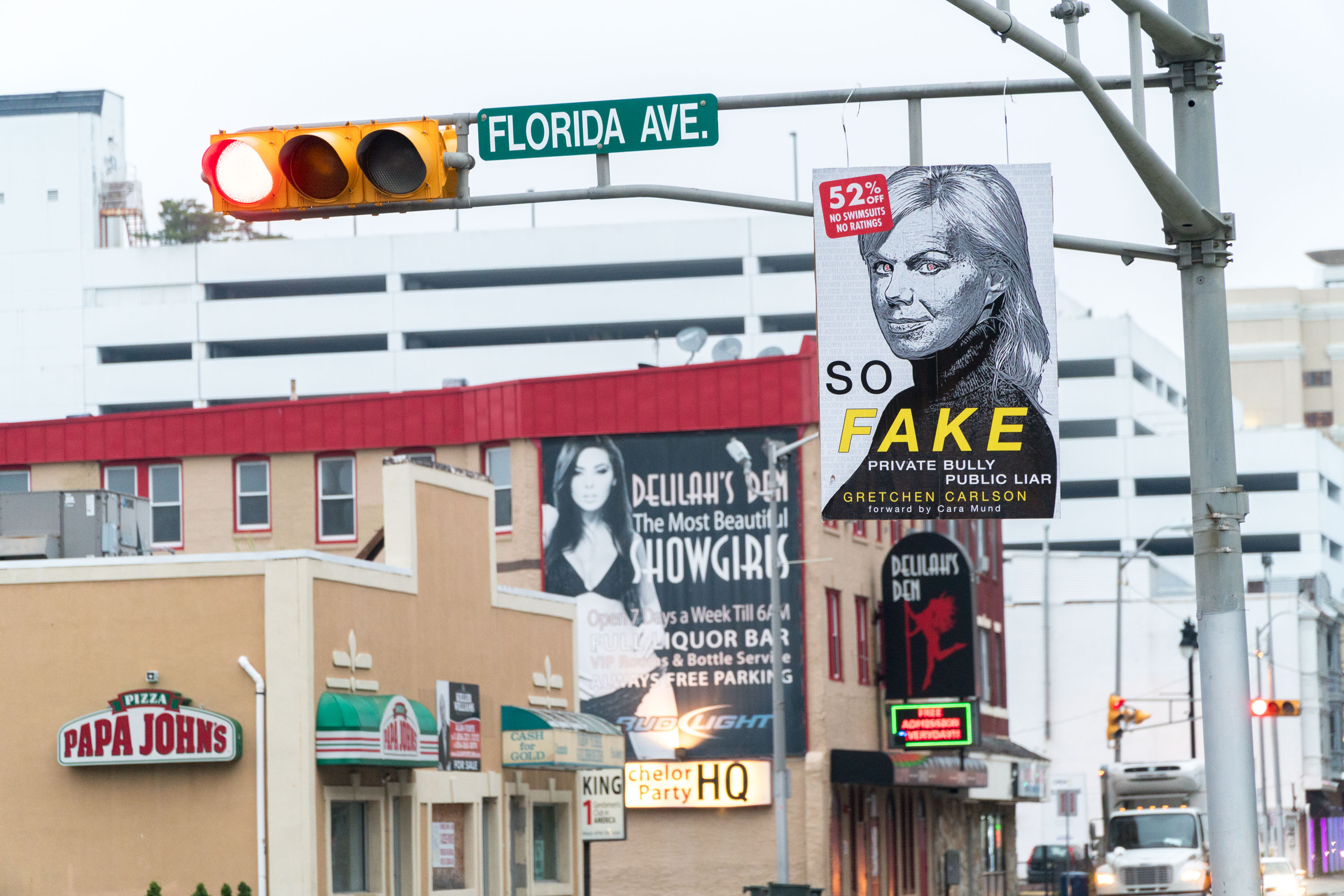 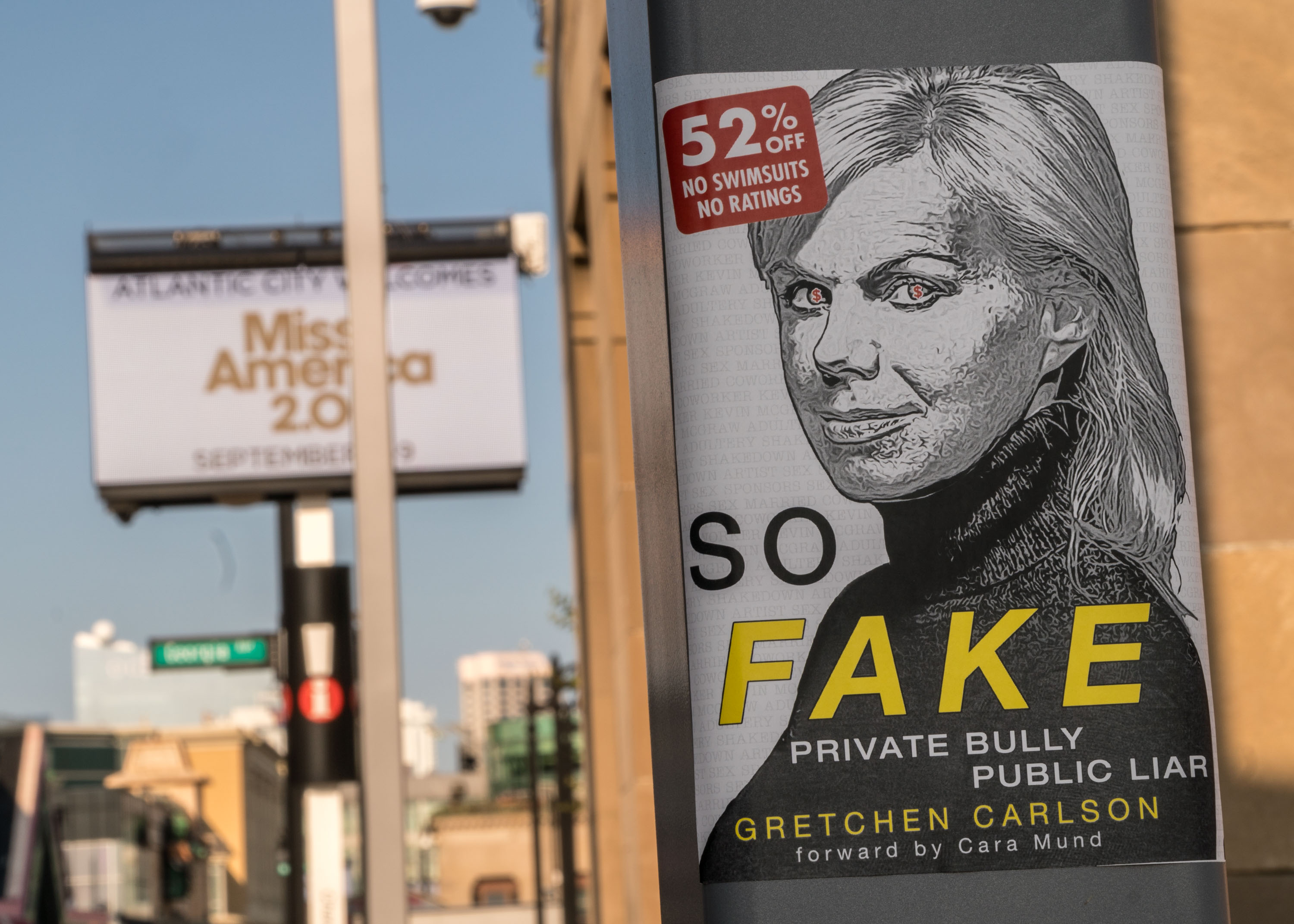 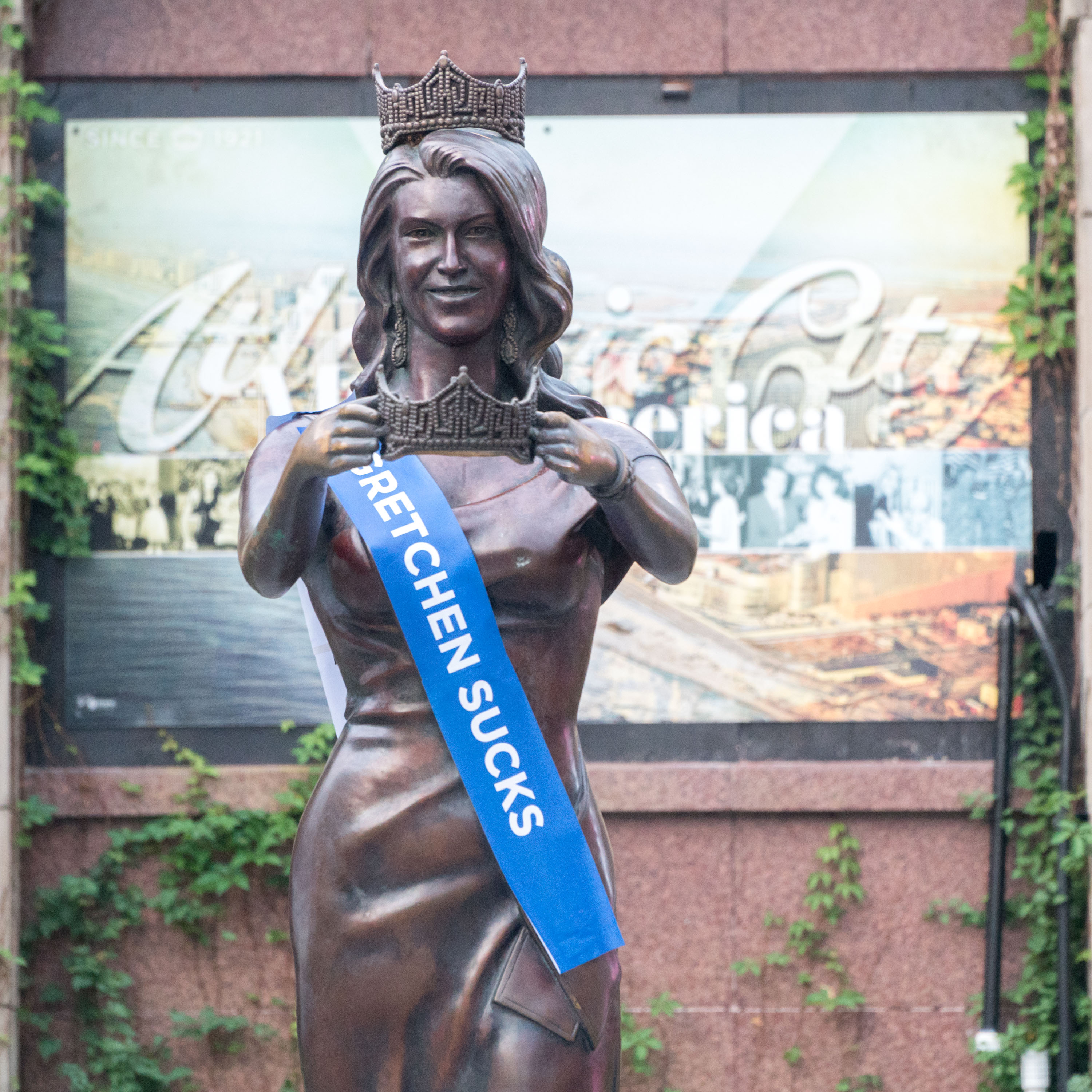