Obama could not hold back his irritation that Trump is receiving credit for the roaring economy nearly two years after his leaving office.

At a speech at the University of Illinois, Obama scoffed that some of the greatest economic numbers in American history are occurring under Trump’s administration. Obama mentioned the financial crisis at the beginning of his term saying “When I came into office in 2009 we were losing 800,000 jobs a month.”

“Millions of people were losing their homes. Many were worried we were entering into a second Great Depression. So we worked hard to end that crisis but also to break some of these longer-term trends,”  Obama said, “And initiated the longest streak of job creation on record. We covered another 20 million Americans with health insurance and we cut our deficits by more than half, partly by making sure people like me who have been given such amazing opportunities by this country, pay our fair share of taxes, to help folks coming up behind us.”

“I mention all this just so when you hear how great the economy is doing right now, let’s just remember when this recovery started,” Obama then said, “I’m glad it’s continued but when you hear about this economic miracle that’s been going on, when the job numbers come out, monthly job numbers, suddenly Republicans are saying ‘It’s a miracle.’ I have to remind them, actually, those job numbers are the same as they were in 2015 and 2016.” 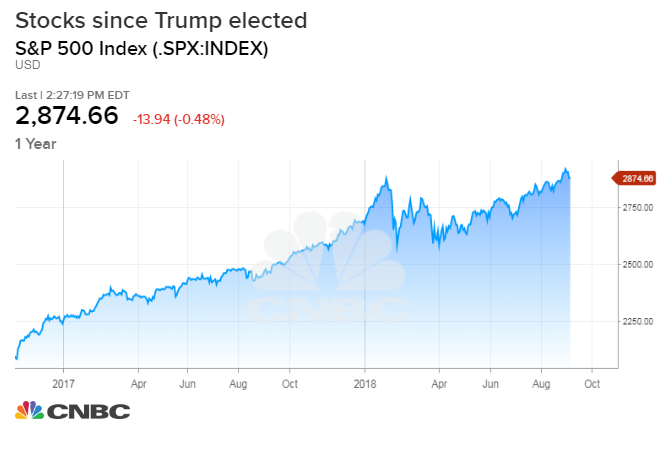 The data shows that the Trump economy is one of the greatest in American history. According to a recent CNBC report:

During his time in office, the economy has achieved feats most experts thought impossible. GDP is growing at a 3 percent-plus rate. The unemployment rate is near a 50-year low. Meanwhile, the stock market has jumped 27 percent amid a surge in corporate profits.

Friday brought another round of good news: Nonfarm payrolls rose by a better-than-expected 201,000 and wages, the last missing piece of the economic recovery, increased by 2.9 percent year over year to the highest level since April 2009. That made it the best gain since the recession ended in June 2009. 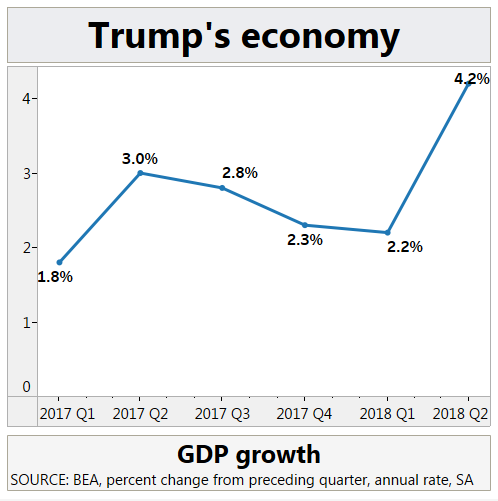