Street artist Sabo told NeverTrumpers — those against almost everything President Donald Trump does — to simply “grow the f–k up. You’re not a child. We’re dealing in an awful world.”

“Trump is thin-skinned. He’s a demagogue,”  the conservative street artist–born William Sabatini–explained in an article published Monday in The Weekly Standard. “But you know what? It works for him. What you’re wanting is what everyone on the right wanted.” (RELATED: Conservative Street Artist Skewers Asia Argento Wtih ‘#SheToo’ Artwork [PHOTOS]) 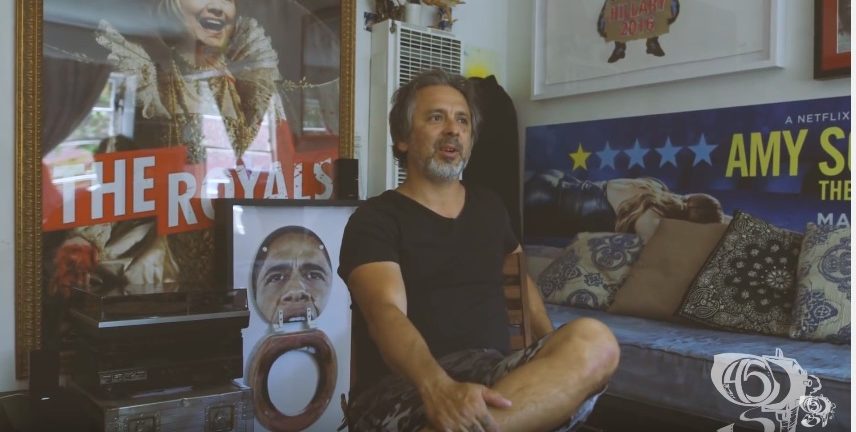 “You wanted a comfort zone,” he added. “What you were familiar with. What you thought was going to deliver the things you believe in. That Southern Baptist dude who wears a jacket in the Oval Office and never takes it off.”

“But see, what you don’t understand is that dad f—ed a hooker when he visited Cleveland, and he’s just as dirty as everyone else,” Sabo continued, admitting that a politician’s secret dark tendencies are just not so secret with Trump and yet he’s still “kicking the teeth in” of all those people that need it.

“How can I say it, dude?” Sabo explained, noting how NeverTrumpers like to criticize the president while enjoying his victories for things like Supreme court picks, pushing back against the thought police, and how under this president there’s no apologizing for America.

“It’s like grow the f— up,” the artist said. “You’re not a child. We’re dealing in an awful world. You’re bitching about the carpet not matching the drapes while all the hordes come down on you.”

He continued, “Trump was the furthest thing from perfect. But asking Trump to change is “like asking a zebra to not have stripes. You deal with the f—ing zebra on the zebra’s terms. Once you understand that the world isn’t the way you wish it could be, but the way that it is, you find peace.”

Sabo often takes shots at the liberals and points out Hollywood’s hypocrisy. Most recently, he made headlines after putting up billboards that read #SheToo which skewered one of the #MeToo leaders, Asia Argento, following the report in the New York Times that the actress reportedly agreed to pay $380,000 to young actor Jimmy Bennett in an effort to stop him from suing her for allegedly sexually assaulting him when he was 17 in 2013. At the time, she was 37.