On September 11, 2001 at approximately 8:45 a.m., the first hijacked plane hit the north tower of the World Trade Center. A second plane crashed into the second twin tower around its 60th floor about 18 minutes later.

As chaos ensued and explosions erupted in Lower Manhattan, a third plane circled around Washington, D.C., before it sliced into the west side of the Pentagon at 9:45 am.

A fourth plane, believed to be headed for the White House or the Capitol, never made it to its destination due to the bravery of the passengers aboard the United Airlines Flight 93 who fought back against the hijackers as the plane crashed into an empty field in southwestern Pennsylvania.

Thousands more were injured at Ground Zero, but as the country memorializes the day 17 years later, the death toll continues to rise each year from sickness and injuries obtained in the aftermath.

According to statistics from the New York Police Department (NYPD) and the New York City Fire Department (FDNY) obtained by ABC News, 23 NYPD police officers died on that day and nearly 156 have since died due to related illnesses or injuries.

On that day, 343 FDNY firefighters were killed and another 182 have since died due to related illnesses or injuries. 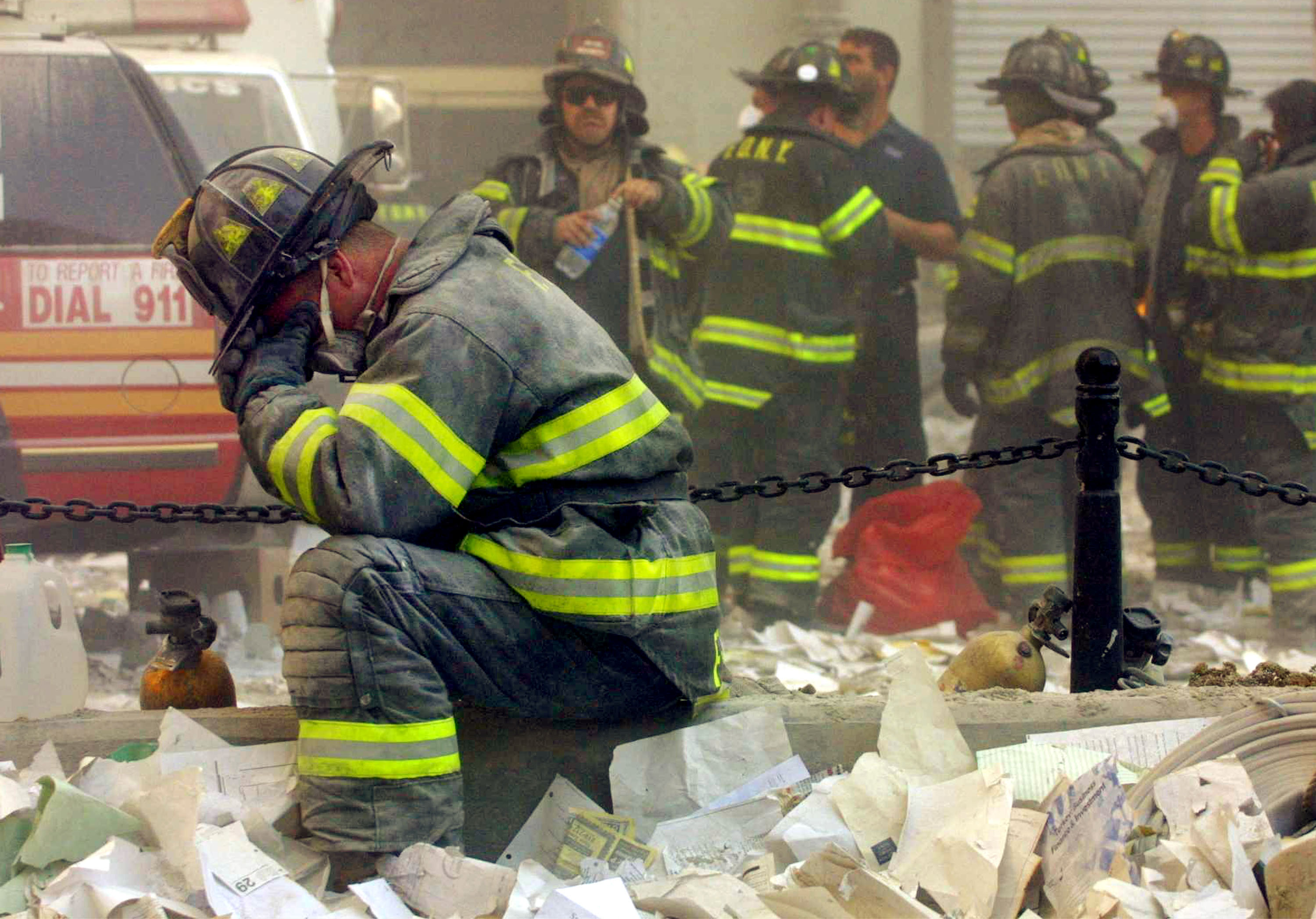 While it’s hard to detect exactly the cause of death for many in the years following, thousands more have died since the attacks. (RELATED: 9/11 First Responder’s Recount:’Horrific Things No Human Being Should Have To See’)

The 9/11 Victims Compensation Fund (VCF), set up by Congress in 2001, processes claims and compensation to those who were injured or to the relatives of loved ones who died.

Former President Barack Obama signed into law on Jan. 2, 2011 the James Zadroga 9/11 Health and Compensation Act of 2010 (Zadroga Act), which reactivated the VCF and authorized it to operate for another five years.

Obama officially reauthorized the bill again on Dec. 18, 2015, extending the law and opportunity for victims to file claims until 2020, according to the Department of Justice.

As of Aug. 31, 2018 and since its reopening in 2011, the VCF has found 20,874 victims eligible for compensation and the total amount distributed to victims or to the families of those who’ve died is nearly $4.3 billion, according to the VCF program statistics.

Those eligible for compensation includes nearly 16,000 Ground Zero responders who helped rescue or recover other victims and clean up debris in the aftermath.

FBI Director Christopher Wray delivered remarks at the 9/11 Memorial and Museum on Friday in New York City where he remembered several FBI agents who have since died after serving as first responders to the 9/11 attacks.

“And we’re only now beginning to understand – and witness – the long-term effects of that work and the full extent of the sacrifices all of our first responders made.”