Melania Sends Out Picture Wearing A Mask, Encourages Others To Do The Same In Public

REPORT: US Chamber Of Commerce Set To Back Ocasio-Cortez’s Primary Challenger

EXCLUSIVE: House GOP Releases New Tool Showing How Americans Have Stepped Up To Help Each Other During Coronavirus

This Food Distributor Is Hiring Furloughed Workers Amid Coronavirus Pandemic

Apple introduced a lineup of iPhones Wednesday that are bigger, faster and much more expensive than 2017’s models, plus an Apple Watch with a Food and Drug Administration-approved heart sensor.

The biggest iPhone model is the iPhone XS Max, which features a 6.5-inch screen and will set buyers back at least $1,100, reported The New York Times. Apple fanatics are wondering why the iPhone XS Max’s screen is so big. In fact, Apple has had to introduce “reachability” features so users can navigate the screen with one hand. 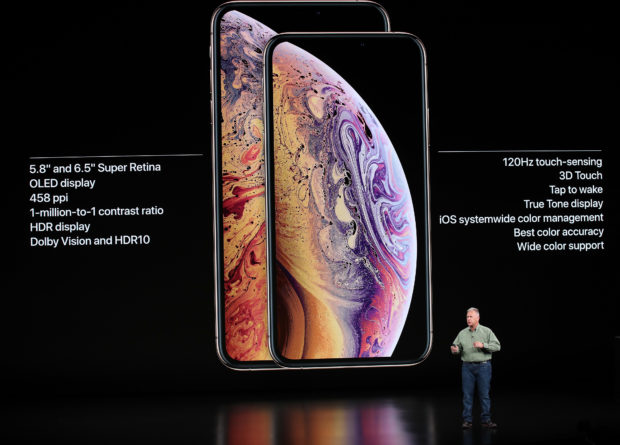 People use their smartphones more often if the phones have bigger screens — and they spend much of that usage time watching television shows and films, according to research cited by The NYT.

Apple’s billions of dollars’ worth of services revenues — the percentage cuts it gets when users buy subscriptions to services like Netflix and HBO from the App Store — seems to provide an answer to the big screen question. Apple made $9.55 billion in services revenue last quarter, according to TheNYT. That’s compared to the $61.1 billion in total revenue Apple reported in the second quarter of the 2018 fiscal year.

Apple showed off its three new models at an unveiling at its headquarters in Cupertino, California, on Wednesday, reported The Los Angeles Times. The least expensive model is the iPhone XR, which has a 6.1-inch screen and starts at $750. IPhone XR buyers can pick from five color choices — white, black, red, blue or yellow. 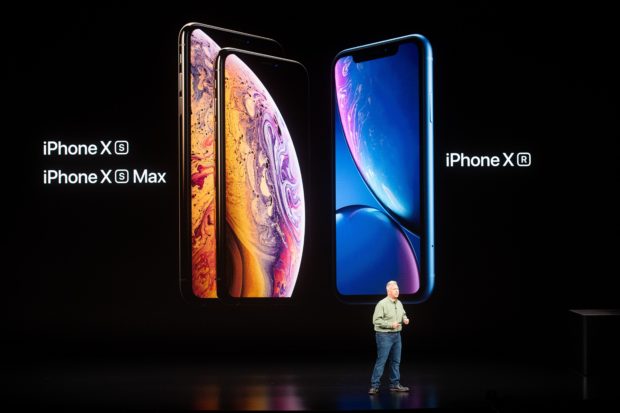 New iPhones set to be unveiled Wednesday offer Apple a chance for fresh momentum in a sputtering smartphone market as the California tech giant moves into new products and services to diversify. NOAH BERGER/AFP/Getty Images

Between the iPhone XR and iPhone XS Max is the iPhone XS, which has a 5.8-inch screen and starts at $1,000, according to TheNYT. The iPhone XS — X is supposed to be said as “ten,” not the letter “X” — features stainless steel components and what Apple called its “Super Retina OLED display.” 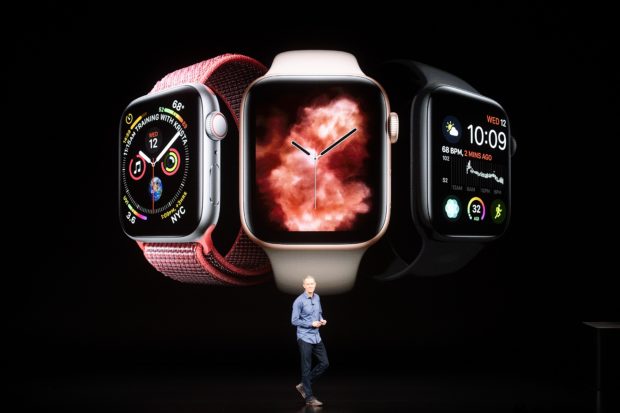 Apple announced its Watch, which has a starting price point of $399, has new safety and health features, according to TheNYT. The Watch can complete an electrocardiogram to inform wearers of “worrisome” heart rhythms, although it’s not designed for people with atrial fibrillation, according to TheNYT. (RELATED: Scientists Want You To Know That 98.6 Degrees Is Not Really ‘Normal’ Body Temperature)

The Apple Watch also has a new feature that calls emergency services if the wearer falls down and makes no detectable movements after 60 seconds, reported TheNYT.