Tim Allen asked “what difference does it make if” he likes President Donald Trump in a recent interview with Entertainment Weekly, saying, “Let’s see what he gets done.”

Allen’s comments came after he admitted to endorsing Gov. John Kasich in the 2016 election.

“You know … it’s a very loaded question,” the 65-year-old actor shared Thursday. “I’ve met [Trump] at the charity event years ago, and that certainly doesn’t fit with the man who tweets. I’ve met a lot of people in private whose public persona is a bit off. My perception is ‘let’s see what he gets done.'” (RELATED: Check Out First Teaser For Tim Allen’s ‘Last Man Standing’ Season 7 [VIDEO]) 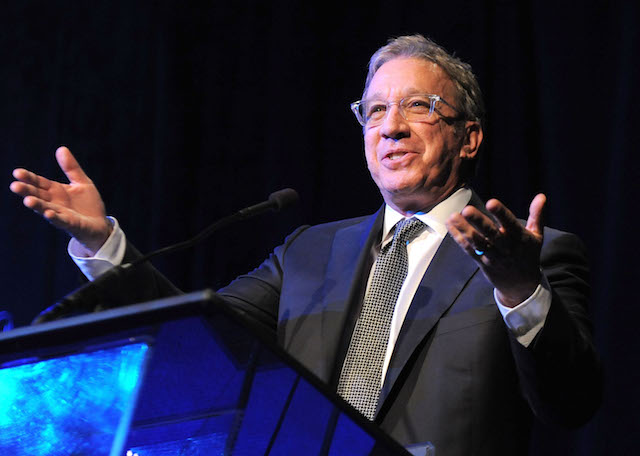 “Let’s stop banging on the pilot’s door and trying to pull the guy out of his seat while he’s still flying,” he added. “You might not like how he’s flying the plane, but let’s let him land it. Do I like him or agree with him? … I don’t know. Somebody got this NAFTA thing done. How did that happen? It’s like a slight of hand with this dude.”

There’s this smoke and smelly food but over here he just fixed a pothole. The theater of this is fascinating. He doesn’t do it very attractively, but you don’t even realize the economy is doing better. Is it? There’s so much drama. Maybe it took this type of guy to get stuff done because it was so stuck in the mud. I’m just watching the theater of it and trying to keep my personal opinions out of it. What difference does it make whether I like him?

Later, he talked about endorsing  Kasich and that when it comes to politics he’s “kind of an anarchist” sharing that his “political party” is the one that will let people decide where their money goes.

“I don’t like paying people who never seem to do what I would do with my money,” the “Home Improvement” star explained. “I always thought it would be funny if I had a little menu on my tax returns where I could tell them where my money would go.”

The comments came as Allen was discussing what fans can expect to see when his show “Last Man Standing” airs on Fox this month, after the popular ABC show was canceled after its sixth season last May.