“He is really, truly, honest-to-God running for president. And I think he could win,” Vox’s Dylan Matthews wrote in a Friday blog post.

Rank-and-file Democrats are “mad because Trump is president, he keeps being president despite being a petulant, corrupt child, and that’s infuriating. There’s a huge demand for a candidate who gets that raw emotion on an instinctual level,” Matthews explained. “Avenatti is that candidate.”

Avenatti is acting the part of the presidential candidate as well, visiting local Democrats in key primary states like Iowa and New Hampshire and launching a political action committee. 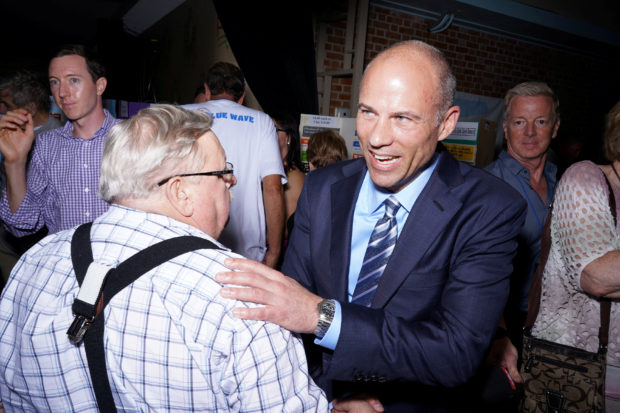 New York Magazine’s Eric Levitz argued in a Tuesday column that “there’s a reasonable case that Michael Avenatti’s misguided entrance into presidential politics could actually do more good than harm — assuming, of course, that he doesn’t actually win.”

Others aren’t so sure Avenatti’s candidacy will help Democrats.

“In fact he’s already doing it, by using his considerable media skills and political instincts to frame the contest around how far Democrats should go when wielding power, and to pressure his rivals to follow his cue.”

The pugnacious attorney is putting pressure on other potential Democratic candidates to move further and further to the left.

Avenatti has called on Democrats to support expanding the Supreme Court to 11 seats, in order to ensure a liberal majority. The Democratic “nominee must commit to this or not receive the nomination,” Avenatti wrote on Twitter.

In addition to his lack of political experience, Avenatti’s personal baggage could present a problem for Democrats as well. (RELATED: Avenatti’s Wife Swore In Divorce Filings That He’s ‘Emotionally Abusive’)

Avenatti sparked a backlash in May after threatening to sue The Daily Caller News Foundation for reporting on issues in his personal background.

Avenatti’s business partners have accused him of skipping out on payments and committing fraud.

One of those companies was sued for sex discrimination after allegedly firing a woman for becoming pregnant. Despite a court ordering Avenatti’s company to pay the woman a $126,000 settlement, she says she has yet to receive a cent.

Avenatti did not return TheDCNF’s request for comment for this article.