“I used to visit DC for one week every month. I actually started to get lost in the bubble. Being months removed from it, I literally can’t tell who to believe anymore. DC is gross.”

MORTIFIED: Reporter’s recorder conks out while talking to the famed Bob Woodward, author of FEAR.

“Over the course of 50 minutes, we discussed his philosophy and methods. But first, my tape recorder malfunctioned in front of America’s most famous journalist.” — Olivia Nuzzi, New York Mag.

When asked… if he liked anyone from Trump’s administration, Woodward compared himself to a physician: “I filter my own emotions out. They intrude so it becomes very — it is like the doctor operating on a patient. Do you like the patient, do you not like the patient? It is irrelevant. It is perhaps a bit cold, but I find that is the best path to find out what happens. If you start saying I like so-and-so or I don’t like so-and-so … well I think, I hope, it is possible to have an impression of somebody, good or bad.”

“This is exactly why we can’t rush nominations. How can we vote on Kavanaugh when disturbing, credible allegations of sexual assault have been made? Even Republican Senators Jeff Flake & Bob Corker want to delay the vote. I agree. #DelayTheVote.”  — Sen. Bob Menendez (D-N.J.).

The Federalist contributor Erielle Davidson snarked, “You hired underaged prostitutes. Maybe sit this one out, Bob.”

“The White House sees no good options on the table, per multiple people close to the process. They recognize a hearing is perilous. But at moment, pushing ahead with a hearing seems better than having Kavanaugh, who’s adamant he didn’t do it, withdraw, per those in discussions.” — NYT‘s Maggie Haberman, who quit Twitter a few weeks ago and is now back. 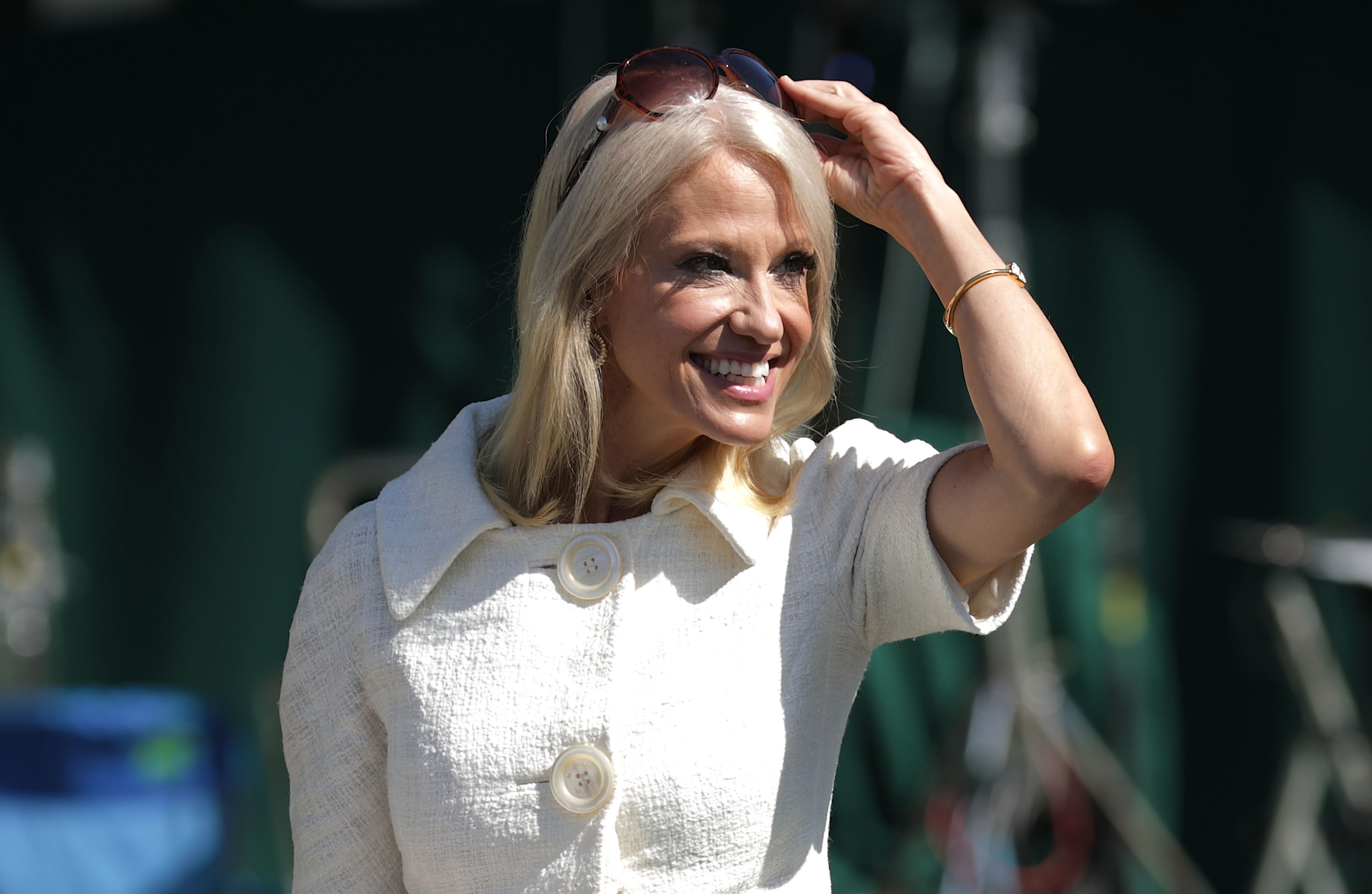 “Hundreds of women have come forward to speak about Judge Kavanaugh’s character and integrity: those who knew him in high school, college, law school, the Bush White House, his law clerks, moms of girls he coaches in youth basketball. This matters.” — Kellyanne Conway, counselor to President Trump.

A weird tip for newlyweds…

“Tip for newlyweds: send a wedding invite to every billionaire whose address you can find because it’s a 50/50 chance their assistants just send you a perfunctory gift without ever wondering who the hell you are.” — Mara Quint, Onion contributor.

Read all about the fallout here.

Journo left town and missed nothing

“Back to work after time off and MSNBC tells me we’re still waiting on Trump to collapse and Republicans who don’t publicly denounce him will go down, too. Not much catching up for me to do, I guess.” — Eddie Scarry, media writer, The Washington Examiner.

“If you care about something that allegedly happened in high school, but not about Ellison’s recent alleged domestic abuse… you’re probably full of shit.” — Cassandra Fairbanks, reporter, The Gateway Pundit.

“I’m never using UberEats again. Anyone regularly use something else? Really just open to anything that delivers food that is warm and on time for once.” — Ben Smith, digital dude, formerly with The Washington Examiner and The Daily Caller.

“It is correct to point out how fucked up rape culture was in the ‘80s, and how things have changed for the better in determining what is morally & legally wrong in that regard, but let’s not forget that a lot of people knew not to do attempted rape in the ‘80s.” — Asawin Suebsaeng, The Daily Beast.

Male journo gets beat up by a woman in the park

“Well some woman just tried to mug me in Mile End Park. Punched me in the face and tried to grab my phone out of my hand. What a start to the day.” — Owen Bennett, head of politics, CityAM, London’s daily business pub.

Glenn Beck has death on his mind

“Death is simply the next gateway. The greatest man I have ever known just passed tonight. The heavens are rejoicing tonight. He is whole and out of pain,and surrounded in love.” — Glenn Beck, The Blaze, and author of the newly published Addicted to Outrage.

‘What if Anita Hill was lying?’

“I am reminded this morning of the most frustrating college class I ever took, in which we studied the Anita Hill/Clarence Thomas fiasco & all the men in my class at my famously liberal college IN LIKE 2011 were like ‘but what if she was lying???????????’ Do things ever change?” — Alanna Bennett, writer.