The “Boogie Nights” star suffered a heart attack earlier this month at a Florida hospital. He was 82.

A source told People magazine that the actor was laid to rest at a small service and afterwards attendees gathered at a tavern nearby called the E.R. Bradley’s Saloon, because “Burt was a real person and he loved these kinds of casual watering holes.” (RELATED: Remembering The Legend Burt Reynolds’ Greatest Films [VIDEO]) 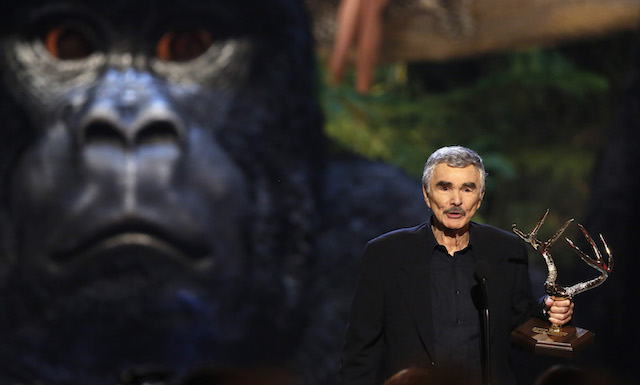 According to ABC affiliate WPBF in Florida, a slideshow of the actor played at the service with the eulogy read by his “Last Movie Star” co-star and the director of Reynolds’ acting institute, Todd Vittum.

The actor was cremated and family members shared that those ashes will be scattered at sea.

A photo of the program showed that the actor’s co-star from “Smokey and the Bandit II,” Patrick Moody, gave the closing prayer, according to US Weekly.

“My uncle was not just a movie icon; he was a generous, passionate and sensitive man who was dedicated to his family, friends, fans and acting students,” a statement from Nancy Lee Hess, Reynold’s niece, read at the time of his death.

“He has had health issues, however, this was totally unexpected,” she added. “He was tough. Anyone who breaks their tailbone on a river and finishes the movie is tough. And that’s who he was. My uncle was looking forward to working with Quentin Tarantino (in Once Upon a Time in Hollywood) and the amazing cast that was assembled.”

He is survived by his 30-year-old son Quinton Anderson Reynolds.