Kelly Clarkson confirmed reports that she will host her very own daytime talk show in the fall of next year on NBC stations, aptly titled, “The Kelly Clarkson Show.”

“I love connecting with people, playing games, music and finding ways to help or give back to communities/organizations,” the 36-year-old singer shared, according to the Hollywood Reporter Wednesday. (RELATED: Kelly Clarkson Hits Back After Gay ‘Voice’ Contestant Calls Her ‘Small-Minded’) 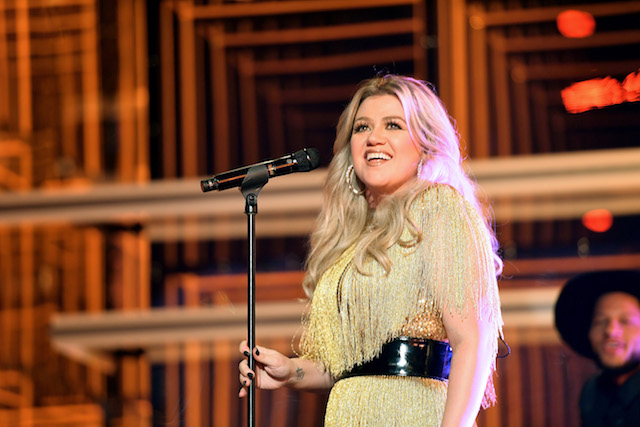 “Having my own talk show where I get to do all of these things is pretty much a dream job,” she added.

Tuesday on “The Tonight Show with Jimmy Fallon,” Clarkson joked that the news had “been leaked” and explained that she’s “very excited.”

“I love talking — it’s like my favorite pastime,” the “Voice” judge shared. “It’s hard for me to shut up, though. You have to listen to people who come on your show, and I just keep talking! The only thing I’ve gotta work on is listening. We’re on right before ‘Ellen.'”

“My show is going to be a little different than anything that’s on because I’m still touring,” she added. “So it’s kind of one of those things where my band is on the road with me or they’re on the show with me doing stuff.”

Clarkson continued, “We sing every day on the show and do a fan requests. It’s very musical, as well. It would be weird if it wasn’t! If you don’t like music you probably shouldn’t watch.”

The comments came in light of reports in last month, that the “American Idol” winner had filmed a pilot reportedly for a talk show after she signed a new talent deal with NBC.