Brett Kavanaugh sent a defiant letter Monday to the Senate in the wake of a new sexual misconduct allegation brought against him Sunday. Kavanaugh sent the scathing letter to Senate Judiciary Chairman Chuck Grassley and Ranking Member Dianne Feinstein on Monday afternoon.

Kavanaugh wrote that he will not be “intimidated” by the “smear” accusations against him.

The letter called the accusations against him a “grotesque and obvious character assassination.”

“There is now a frenzy to come up with something—anything—that will block this process and a vote on my confirmation from occurring. These are smears, pure and simple. And they debase our public discourse. But they are also a threat to any man or woman who wishes to serve our country,” Kavanaugh wrote. “Such grotesque and obvious character assassination — if allowed to succeed — will dissuade competent and good people of all political persuasions from service. As I told the Committee during my hearing, a federal judge must be independent, not swayed by public or political pressure. That is the kind of judge I will always be.”

Kavanaugh directly addressed the original allegation him by Dr. Christine Blasey Ford. “All of the witnesses identified by Dr. Ford as being present at the party she describes are on the record to the Committee saying they have no recollection of any such party happening.” 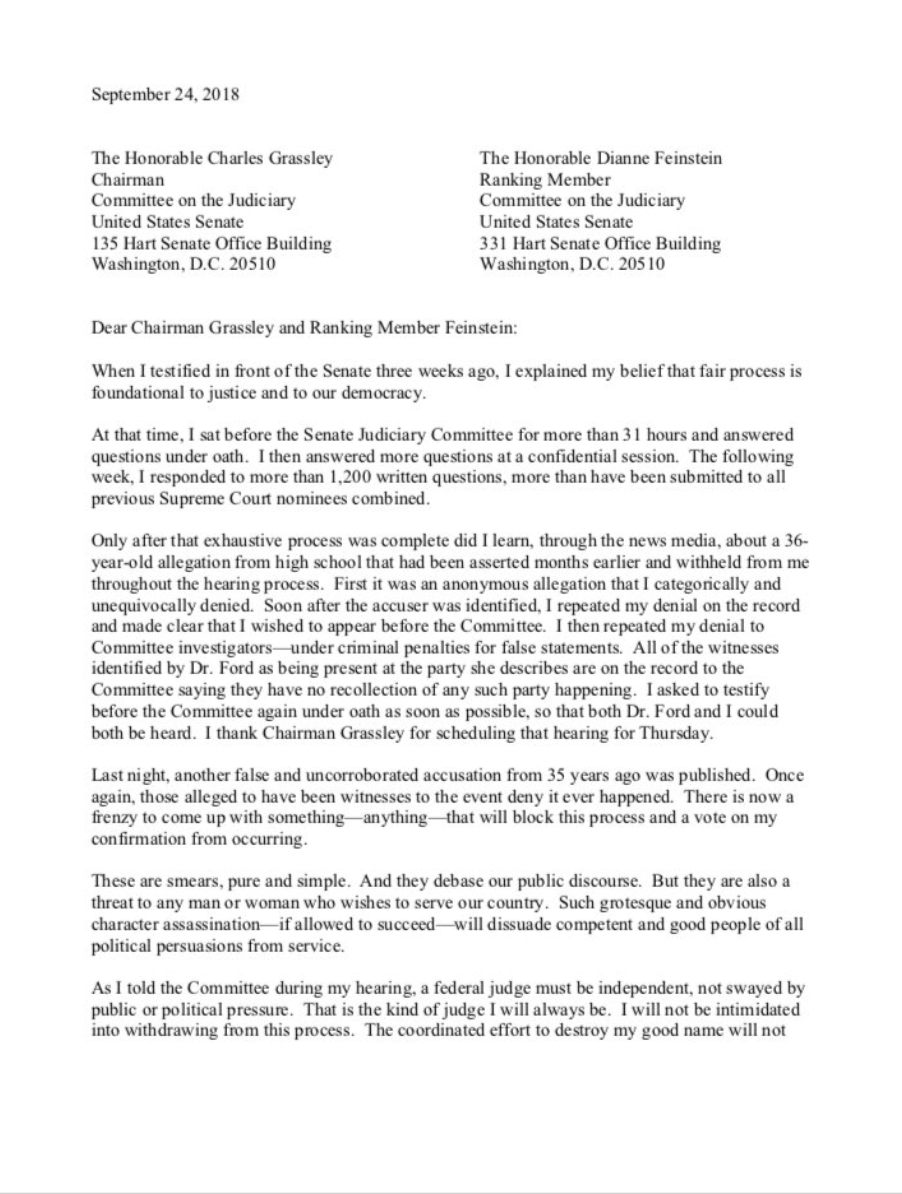 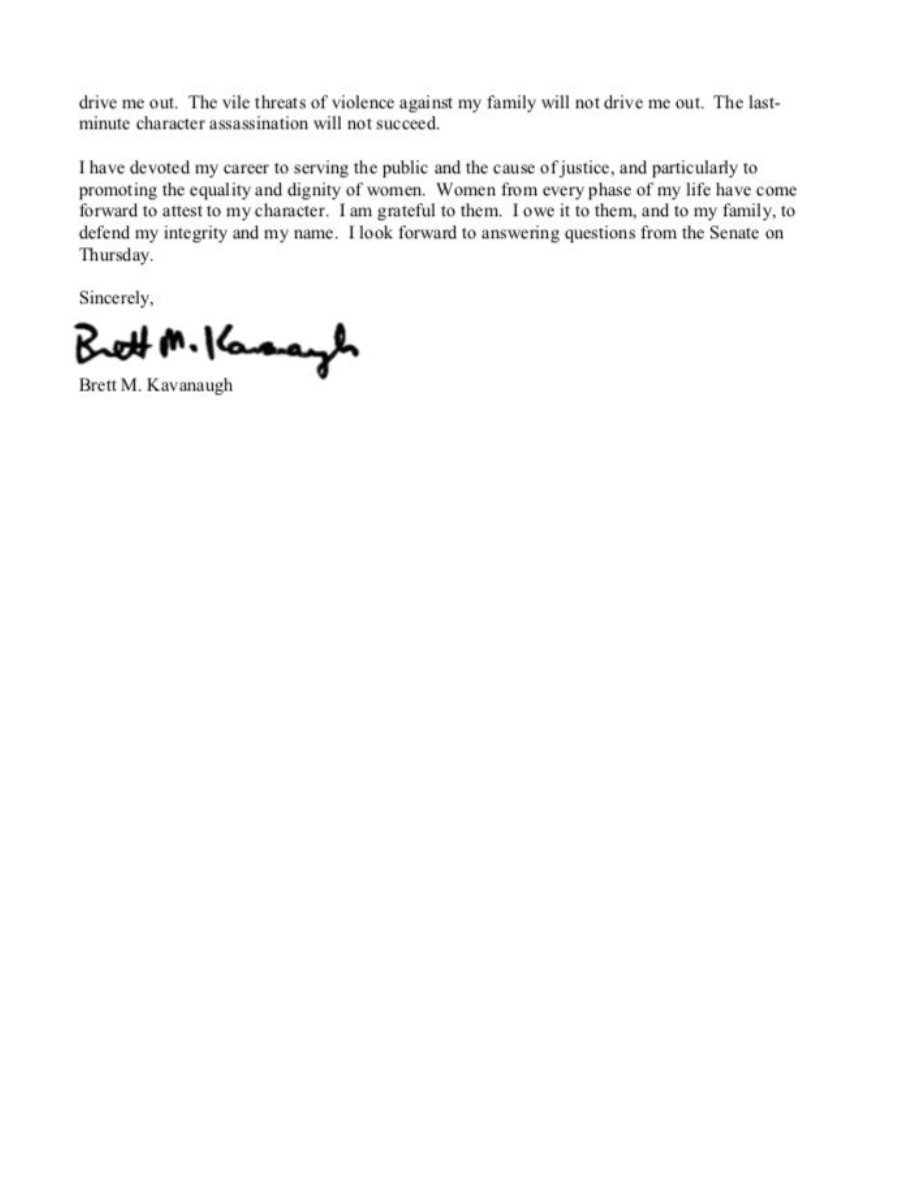 Kavanaugh concluded that he is ready to testify to his character. (RELATED: Trump Breaks Silence On Second Kavanaugh Allegation)

“I have devoted my career to serving the public and the cause of justice, and particularly to promoting the equality and dignity of women,” Kavanaugh wrote. “Women from every phase of my life have come forward to attest to my character. I am grateful to them. I owe it to them, and to my family, to defend my integrity and my name. I look forward to answering questions from the Senate.”